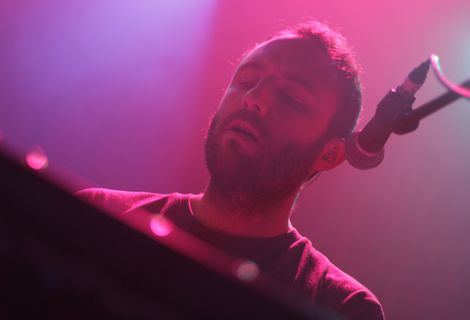 Local Natives raise the bar with a stunning display at a sold-out Kazimier, Getintothis’ Tom Dani reflects on a night of aural wonder.

The atmosphere surrounding tonight’s sold out show is surreal.
The queue which snakes down Wolstenholme Square is flooded with praise for LA’s Local Natives and their exquisite new record, Hummingbird, coupled with the fact that they’ve finally arrived here in Liverpool at the most unique and intimate venue; the Kazimier.
Proceedings get under way with Belgian five piece Balthazaar, boasting a gritty, down tempo sound that blends heavy grooves with experimental guitars and distinct dual vocal arrangements.
The band propose strong ideas; however fail to really engage the crowd, culminating in a band which is both incredibly brooding and seemingly incredibly bored. The band’s final track, however, shifts things a great deal, with a strong hook and a phenomenal group vocal performance throughout, highlighting a talent and excitement in Balthazaar that in part, makes up for the lacklustre start to the set.
In the moments before Local Natives take to the stage, the Kazimier feels like its playing host to something truly exciting; every inch of the room from bar to the staircase is occupied and the level of anticipation for this band’s debut in Liverpool seeps across the sold out crowd. 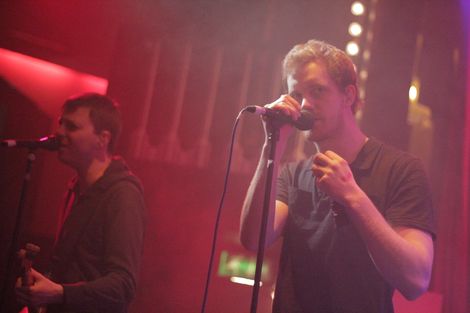 Broody but ultimately a tad boring, Belgians Balthazaar lacked engagement at the Kazimier
The band kick things off with new album opener; You & I, with Kelcey Ayer‘s flawless vocals resonating throughout the room, building and swelling before cutting into the intro of Hummingbird‘s lead single Breakers. Most notable is the way that the LA four piece (and newly-drafted session bassist) translate the delicate yet expansive sound of their new record to the live stage, the bands soaring joint vocal delivery, the charming frailty of the guitars and the distinct rhythm of the drums all flow in perfect cohesion.
As the band move into Gorilla Manor territory, Wide Eyes sends the Kazimier into waves of energy, the crowd air drums ferociously to the distinct rhythm section that caused most of the room to fall in love with Local Natives in the first place.
The opener to the bands 2009 debut sounds like it was written to be played in this room; each word is sung along, each harmony mimicked and guitars lines belted out by a crowd that certainly thinks so too.
The band power through a set list well composed of old and new, each met with a great response from an almost hypnotized crowd, a nod not only the strength of Hummingbird, but also a testament to the longevity of the bands debut.
Lesser-known new album material such as Black Balloons and Columbia is treated by parts of the crowd like it had been around as long as any early material, and those to whom its not so familiar stand respectful intent to listen to and enjoy the new material in the live environment.
Gorilla Manor tracks such as Camera Talk and Airplanes see Ayer and Taylor Rice struggle to be heard amongst the volume of contributions from a crowd eager to sing a long to everything from the vocal hooks and guitar lines, even to the boos and jeers that begin the latter on the record. 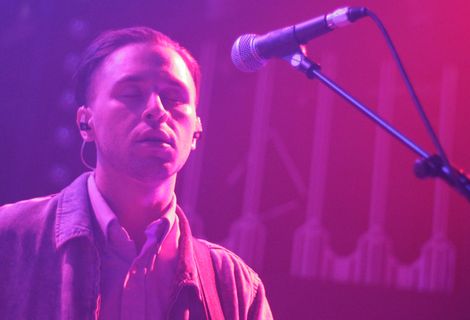 Local Natives have set the bar both on record and in the live arena for 2013
New single Heavy Feet serves as a real highlight of the set, boasting one of the strongest choruses of both albums.
The chemistry of the members on stage truly shows the band’s emotional attachment to Hummingbird, they build on each other’s dynamics, carried by the depth and significance of an album built from the hardship that stood to make or break their band. Tonight Heavy Feet sounds like the triumph of a band that have clawed themselves back from darkness, bold and incredibly proud of what they have endured as a unit.
The first part of the set is closed just as the band does on the new record, with Bowery; a beautifully delicate arrangement of piano and vocal harmonies, erupting into a powerful sub bass that intensely builds and swells, shaking the Kazimier throughout.
The band return to encore with Who Knows Who Cares, one of the debut’s most feel-good and charming moments, closing with the crowd and band united, signing along to the final hook.
They close with Sun Hands, as Local Natives turn the Kazimier into one incredible Tuesday night dance party as group percussion takes over the room and every word of the band’s staple track is screamed like it’s never to be repeated.
Last week, Local Natives set the bar with Hummingbird as album to beat in 2013, and tonight they set the same standard for performance of the year.
Pictures by Getintothis’ Matthew Owen.
Further reading on Getintothis
Getintothis’ Tom Dani‘s chat with Local Natives prior to their Liverpool date where they talk about their new album, the recording process and how death and losing a band member shaped their new sound.