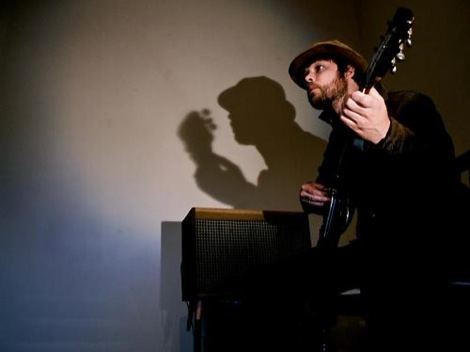 Do It Again, the first fruits from James Skelly‘s debut album Love Undercover, have dropped today.
The bar-room growler is the taster to Skelly’s debut solo outing recorded in Wirral rehearsal studios with fellow Coral cohorts and members of the Sundowners and Tramp Attack.
Recorded quickly in Parr Street Studios, often in one or two live takes, the 11 short, sharp and instant pop songs of Love Undercover show a more direct and immediate approach, with Skelly saying: ‘The Coral stuff was all a bit more abstract I guess. These songs are really direct, straight to the point.‘
‘The name (The Intenders) is about letting people know it’s not just me and an acoustic guitar,’ Skelly adds.
‘I had the songs, but it became a proper group thing very quickly with everyone involved having a big input. It’s that Bruce Springsteen & the E Street Band, Tom Petty & The Heartbreakers idea.‘
Love Undercover is out via Skeleton Key Records on Monday June 3.

James Skelly & The Intenders have also announced details of their debut UK headline tour which stops in Liverpool’s O2 Academy 2 on June 8.
Tickets on sale at 9am on Friday March 15, £10.50.