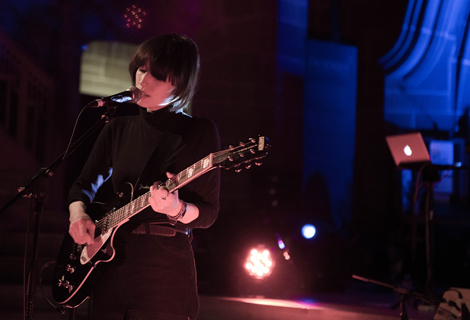 It almost does enough to make you believe.
There is a redoubtable power to listening to live music in a grand setting like Liverpool’s Anglican Cathedral – and London-based trio Daughter proved a most Holy Trinity to an enrapt, sold-out congregation.
Their angelic guitars whispered around the walls, first chiming in melodic Jeff Buckley fashion, then floating in midair before humming with latent The xx menace, or forming glacial Sigur Ros soundscapes with skillful strokes of a violin bow.
All the while, at the other end of the register, rolling toms rumbled underfoot to create a fragile but forceful balance of textures.
The Well at the entrance to the cathedral sang their sound back beautifully. 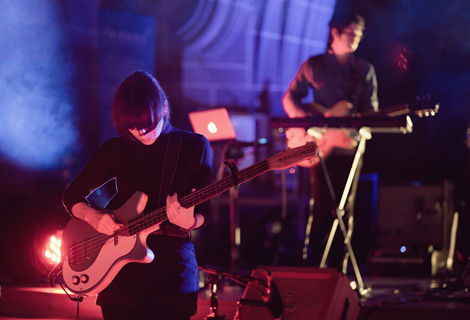 Daughter – kept the Cathedral congregation in raptures
Elena Tonra‘s words are searingly honest, tinged with despair for the future and regret for times passed.
That it is sometimes necessary to strain to fully catch her delicate vocals only deepens and darkens the effect.
As she gazes back on Youth, she admits, ‘And if you’re in love, then you are the lucky one, ’cause most of us are bitter over someone.‘
But there is no solace looking ahead to Tomorrow: ‘Don’t bring tomorrow, ’cause I already know, I’ll lose you.‘
Daughter left the stage with wide-eyed stares at the awesome surroundings they had just played in, with a wish that they could do the same every night. The feeling was very much mutual. 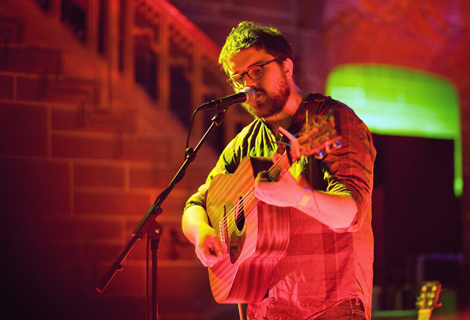 Bear’s Den managed to balance hushed folk without straying into Mumford territory
Earlier in the evening Bear’s Den had provided a solid opening, offering restrained Laurel Canyon stomps without recourse to Mumford waistcoats and Deliverance banjos.
Most of their tunes followed a similar but by no means unpleasant pattern; country-brushed folk with echo-laden drums rounded off with pitch-perfect Fleet Foxes harmonies – a sweet start to a memorable night. 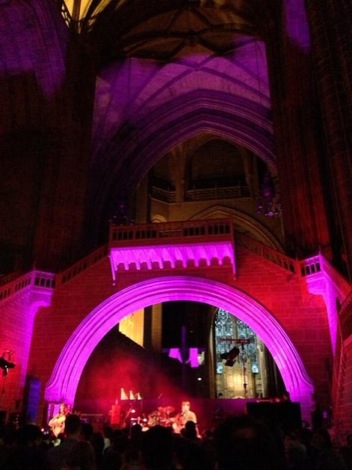