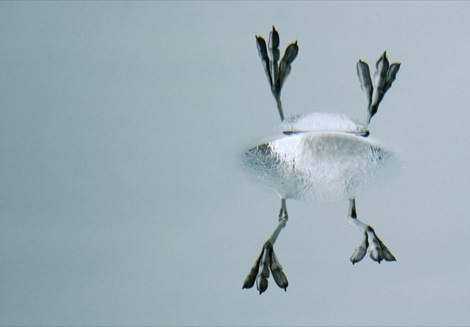 East India Youth, or William Doyle to his mother, is the first artist on the Quietus Phonographic Corporation roster.
We didn’t know this when we decamped in a dimly-lit chalet in Camber Sands during one of the many daft moments of last December’s The National-curated All Tomorrow’s Parties. Yet, while digesting conversation about police kettling human rights campaigners and some form of strange green powder substance which could only have been procured from one of those terrible legal high shops, we became absorbed in an all-too-brief set from Mr Doyle.
Distorted reverb traded with heavy hook-laden keys and live bass, and despite the cramped surroundings, it lent a feeling to something much grander in scale and more emotionally affecting than the prefab surroundings of our DIY listening booth.
By the time the on-site security had switched off all electricity and evacuated everyone from the chalet we were sold. The double bonus of this impromptu happening was Doyle handing us a promo of his debut Total Strife Forever – a weighty long-player which showcases an impressive range of psych-pop, beat-driven melodica which urges repeat listening.
In March, East India Youth released his Hostel EP, via the Quietus. This includes the oceanic dance leviathan Coastal Reflexions, which landed via his soundcloud page this weekend; a characteristic fusion of textured noise swells, infectious pulsing electronica and undulating ambience. Oh, and a robo-lady name-checking British train stations. Like East Croydon.
Come the 5.51 mark and you’re transported to a full moon beach party orchestrated by Fuck Buttons. Gloriously infectious, this will have you chewing your own face off.
Smart work, sonny.