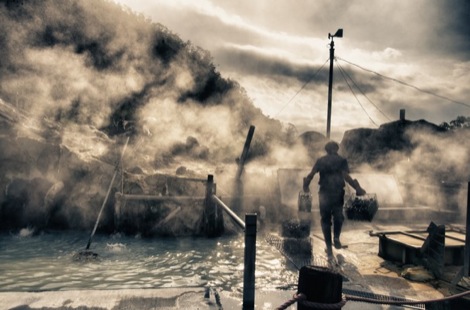 The Dirty Rivers unleash a devilish sandstorm of belting rock and roll.

A small storm’s been brewing in Liverpool. The type of which whipped up when Phil Leotardo returned from the can.
It’s heavy, compelling, provocative and something you’re likely to become accustom to, whether you’re on side or not.
The Dirty Rivers have been ramping up their shotgun rock and roll for sometime; honing their meat-cleaver riffs and bruising percussive steamrollers now they’re ready to detonate.
Helmed by Ryan Ellis‘ Black Angels breezeblock guitar and cyclone personified Mike Ellis, they were the knock out blow at Milk’s Jordan Street launch party, and new track The Kid showcases their full frontal attack in full glory.
There’s more to come. Stand by for the hit.