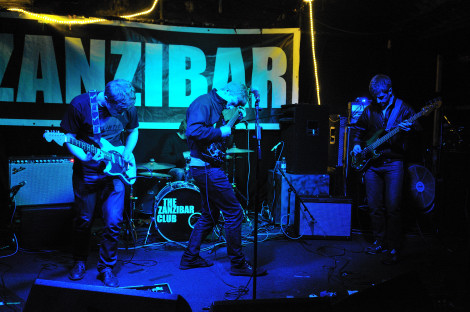 The Oxygen Thieves host a new rock and roll club night, The Vril Society, at the Zanzibar, Getintothis’ Emma Walsh immerses herself in new band noise.

New club night Vril Society offers up dirty, new rock and roll at Liverpool’s home of dirty, new rock and roll – The Zanzibar.
The night kicked off with The Dirty Rivers, who look like the picture of a rock band a small child might draw for you – all hair and attitude with echoes of Oasis and Kasabian et al.
But don’t let tired stereotypes but you off, because, not only do they sound great but lead singer, Mike Ellis, brings classic showmanship back to the stage with the moves (and tight jeans) like Jagger. 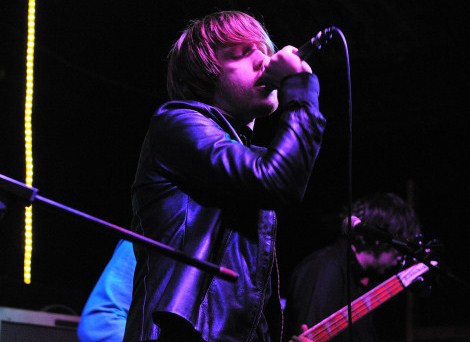 The Dirty Rivers’ Mike Ellis lays on the drama at the Zanzibar
Amid the loud drawls of A Storm in Heaven-era Verve, Ellis hangs the mic lead around his shoulders with casual indifference – it’s hard not to be thoroughly taken in.
To jump from the Rolling Stones school of rock to the sunnier sounds of surf rock isn’t a difficult proposition, yet Beach Skulls leave the small gathering audience feeling a little seasick with their Hawaiian shirts and cheesy American DIY scuzz.
The duo told us to sit back and enjoy while they played us some ‘shit’, who knew they were talking quite so literally. These guys are obviously having fun, and at times their bluesy sound does deviate from the current trend for US washed out guitar tremors, but the sugary outer shell is just a little too sweet for these ears. 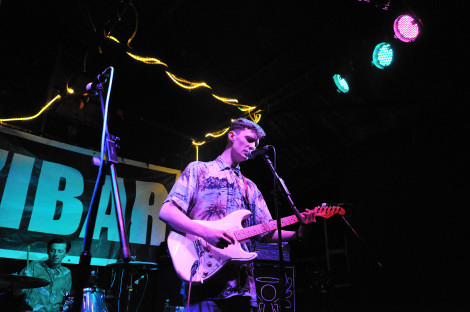 Beach Skulls surfing on at the Zanzibar
Thankfully, The Thespians, reduced to a leather-clad trio on this occasion, were on hand to inject some life back into proceedings as Easy When You Leave and Haven’t You Heard added much-needed rock and roll vitality.
With an established fan base in Liverpool, they’ve gone international recently by signing their first record deal with Tokyo-based label Vinyl Junkie Records. They wrap up in style, lashing their guitars to the floor, leaving the venue under the heavy whistle of feedback, a ballsy gesture – a little dampened when they had to nip back on stage to turn off the amps… 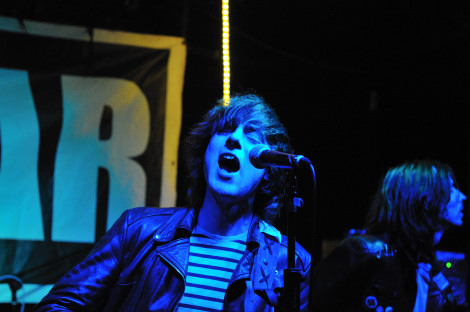 The Thespians left the Zanzibar whistling, literally.
Fresh faced, tidy haircuts and solemn looking, Oxygen Thieves are always a surprise to the unsuspecting gig goer; with raspy, punky vocals, grungy guitars and ear-tickling riffs, they leave the theatrics to their predecessors and bang out a flawless set that could soundtrack the next gritty indie Brit flick.
A fine night all round then, capped off by a cameo from a middle-aged couple who frequented the dance floor throughout; spinning, limb-flailing, and stomping galore. Who says rock and roll is just for kids. 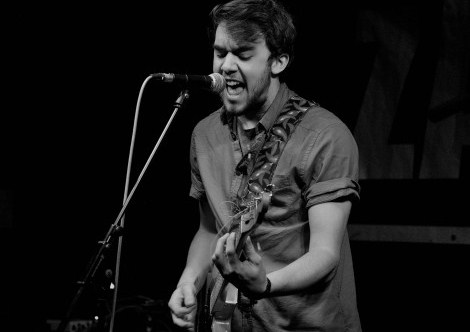 The Escalades live at Vril Society