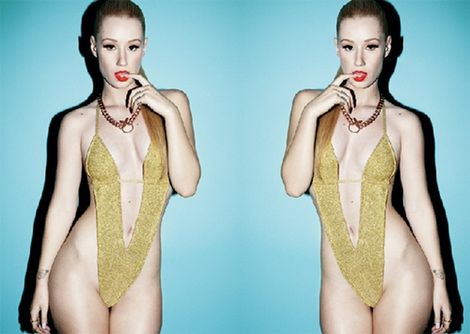 Raffertie: Build Me Up – Single of the Week
This is pretty flipping ace. All juttering hypnotic vibes, mellowed out but with a kick to it. It’s that Jamie Liddell tip that we were all excited about from five years ago but freshened up.
On a side note, the vocal reminds me so much of Mariah Carey‘s Dream Lover that I spent a good few minutes (about 45 minutes) trying to find out if it samples it.
Don’t worry Mariah, it doesn’t. Call off the lawyers.

Nadine Shah: Dreary Town
With a title like Dreary Town, it’s a bit of a Ronseal deal with what I was going to find when I stuck this on. And it doesn’t disappoint, this is not a job for the Trades Description Act.
It’s sound though, sometimes dark melancholic lyrics and evocative piano fits the mood exactly. Usually on a Tuesday.

M83: Starwaves
This is an odd one to review really. It’s not a single as such, it’s the score from Tom Cruise‘s latest film Oblivion.
It does that job well, rousing orchestral sounds that will fit perfectly over some mega expensive CGI but is it the sort of thing you’d ever listen to without sitting in a dark room shovelling popcorn into your gob as Cruise jumps from the moon? Probably not.
While we’re on the subject, Tom Cruise – yay or nay?

She & Him: Never Wanted Your Love
The She in She & Him is Zooey Deschanel – her of the doe eyed, full fringe, quirky dress sense. The Him is Matt Ward but no one really cares about that, do they. Really? No.
I mean he doesn’t have a hit TV show or a resemblance to Katy Perry which is what’s really important here.
But let’s pretend that She isn’t Zooey Deschanel and that we’re taking this purely on musical credibility. In which case I’d say this sounds like something you’d hear played over the credits of a cult indie film, maybe something like, oh I don’t know, 500 Days of Summer?
The very start of it reminds me of the theme to Charlie Brooker‘s Newswipe, I spent the rest of it wondering whether I should get a full fringe cut in.

Iggy Azalea: Work
Sometimes I get given singles to review from artists I’ve never heard of and I have to feign some “oh wow I love these guys” attitude to try and not feel like the most out of touch loser in the WERLD. I mean I’d like to think I’ve got half a finger on the musical pulse but there are just TOO MANY BANDS, YO.
So it’s a massive relief when occasionally I spot someone I know, and love, and have championed to anyone within a 30 metre radius of me (I’ve got some gob on me).
Iggy A has been on the periphery for about two years now and hopefully this single will break her through. As always I’m all about the remix (Jacob Plant mix FTW) but the “work work work work workin’ on mah shiiiiiiiit” hook is going to be plastered all over your mates Facebook profiles. Be warned.
Oh and… DAT ASS (check the video, she’s amazing).

Cave Painting: Rio
But then again, the beauty of reviewing singles is that I get to hear loads of boss music that would have never made it near my ears. Like this one.
Cave Painting are a band that were described by the NME as “largely pointless” but then many would describe the NME as “largely pointless” too.
I really like this track, it’s sweet and subtle with a haunting mellow vibe. If the weather was nicer I might refer to it as Balearic (top tip, everything is Balearic really, it’s kind of the point of it) but instead lets describe it as ethereal. ETHEREAL.

Au.Ra: Pyramid
First year university anything goes; you can develop deviant sexual proclivities, an eating disorder or join a radical political movement – all in the vain hope of standing out from the crowd. Most dull people form dull bedroom bands.
Australian/English duo Tom Crandles and Tim Jenkins aka Au.Ra are not most people; a university collab with pedigree which has seen releases on the rather fine Art Is Hard Records.
Their latest slice of textured basement groove gloom is Pyramid, part of No Music = No Life‘s forthcoming compilation scheduled for release in June on a limited run of 100 coloured cassette tapes.
Go form this type of band.

Kris Menace: Voodoo Dilate
Oh I hate it when this happens. I really like Kris Menace‘s previous work, he’s done some ace pop remixes and his take on Metronomy‘s Heartbreaker is still on my “We’ve All Just Got In From Chibuku Let’s Have A Party” Spotify playlist.
But this feels really weak and airy fairy, like there’s an essential bit of percussion missing. The vocal grates on me also, it needs taking apart and putting back together, slightly more menacingly.

Andy Burrows: If I Had A Heart
This is so middle of the road it should have white lines painted across the CD.
The video shows Andy (formerly of Razorlight, not a huge surprise) busking in the street while a stream of beautiful girls come up to him and throw water, flowers, custard pies into his face.
I can only assume this is their response to being offended by his mundane lyrics and lifeless guitar strumming. I bet if you read the original video treatment that’s what it would say.

Daughter: Human
The words “indie folk” will often strike fear deep into the heart of me which is sad really because there’s lots of really good stuff out there that has been blighted by the curse of Mumford and Sons.
This is a really good example of that, Daughter are as far removed from those band of farmers as possible. With a pared down instrumental that sounds almost acoustic and layered vocals over the top, it’s a little shot of happiness without a glimpse of a haystack in sight. Phew.

Phoenix feat. Mutya Keisha Siobhan: Entertainment
It’s been quite a year for comebacks, first Bowie surprises everyone with a new album, then Timberlake disappoints us all with his offering. And then these three keep teasing us with what we can expect from their recent reforming.
The Sugababes in their original line up only actual released one album before internal bickering led to Siobhan leaving and Heidi Range being drafted in.
Now known as Mutya Keisha Siobhan, they’ve teased us this year with their cover of Kendrick Lamar‘s Swimming Pools and they’re buddying up with French hipsters Phoenix to bring us a single which doesn’t really attempt to meld their two distinctive styles at all but sounds bloody awesome because of that.
By the time they get round to release their actual new swag, I’ll have probably have self combusted in anticipation.

Getintothis on the Sugababes reunion and their top tracks.