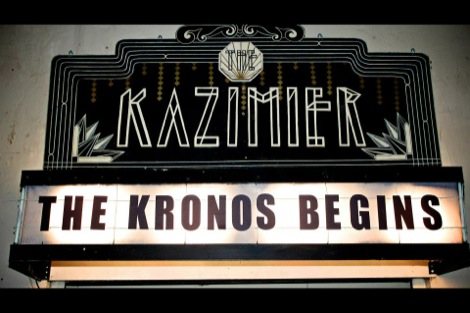 Exclusive first review of The Kazimier’s The Kronos Begins directed by Jack Whiteley, Getintothis sent our top film critic Bertrand McCormick along to the world premiere to deliver his verdict.

In Concert Square, no-one can hear you scream…
It’s hard to know if Shropshire film-maker Jack Whiteley drew inspiration for his 2012 science fiction epic, The Kronos Begins, from the sprawling filthy decadence that lies on the grubby doormat of his adopted homeland in Liverpool.
But the horrific squalor and extra-terrestrial life-forms which populate planet Concert Square must have burrowed their way into the director’s subconscious somehow when plotting the multi-faceted concept for his latest foray into cinema.
For this was an outlandish – and sometimes terrifying exposition into otherworldly goings on.
Set in a dark time, where heroes travel alone, and threats are all around, the viewer was transported into the cockpit of our lone captain – here played with understated charm by leading light, Jack Darell.
Following on from his wondrous reprisal of Aramis in 2009’s Tim Curtis-directed musical The Musketeers Return – The Sharp End of My Sword, Darell’s Kronos space shuttle is laid siege by a motley crew of dark overlords known as the Assembly of Doom.
Taking a break from recording his 57th studio album, a.P.A.t.T. frontman, General Midi (Steven, to his mother) provides a show-stealing display, with every furrowed brow and moustache curling snarl evoking the kind of spine-chilling performance not seen since Nicholson in The Shining. Or at the very east Candy in Uncle Buck. 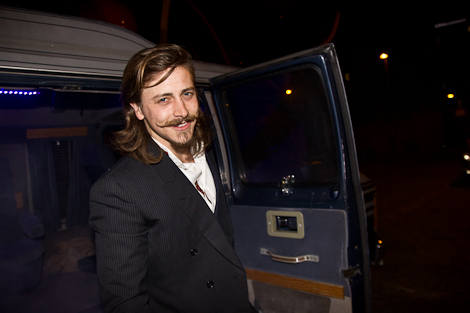 Jack Durrel arrives for the world premiere of the Kronos Begins
After enduring a severe beating at the hands of the Assembly, The Kronos crash-lands and Darell is forced to seek refuge inside an intergalactic karaoke bar located on the Quartz Moon.
Here Whiteley’s assured cinematography, coupled with Sebastian Brueckner‘s meticulous executive production, comes into it’s own.
Wide screen camera shots lend the moon a profoundly ghostly quality while the grey neon wasteland of the industrial bar draws parallels with Ridley Scott‘s Blade Runner. You can almost hear Vangelis weeping for turning down the chance to score the film.
Once inside Darell enjoys all the decadence he can handle; with spacerock jazz fusion audio mixing with prime-era Freddy Mercury, your eyes and ears feast on the sights and sounds of the Rovers Returns on acid.
Yet, one can’t quite explain how the following two scenes quite slipped past the censors, justifying it’s 12A classification.
The first a moment of shocking violence as the Assembly of Doom cut down two unsuspecting nightclub doormen – it’s brutal – and wholly unnecessary.
Yet if you thought that was visceral you’ve seen nothing when compared to the following scene as we cut to backstage and find Darell involved in a mass orgy of female aliens. We could barely watch.
Whiteley’s direction at this point loses some of the focus his reputation demands – as inexplicably the captain is found battling with eight-bit space invaders before being strung up on a rotating wheel. Perhaps this was a nod to the hallucinogenic touchstones of Easy Rider and Apocalypse Now, two films the director was referencing in last month’s issue of Empire.
Whatever the case, he regains the viewer with the film’s centre-piece – the much-anticipated teleportation scene.
It’s rumoured magician David Copperfield himself was drafted in to help with the film’s climactic set-piece as drummers build the tension before Darell is shot from the rotating wheel of death into a colossal white tube before being whisked back into his space craft and freedom.
Recalling the xenomorph’s infamous scene in Alien, it’s said Whiteley not only kept the supporting cast in the dark of what was about to unfold – but Darell himself, wasn’t aware he would be thrust about the set in a flash of light reportedly costing the Kazimier studio in excess of $31million.
Whatever the truth, as the credits rolled, and the entire auditorium took to their feet to applaud – it was unanimous that Whiteley and his crew had secured another stone cold celluloid classic.
✰✰✰✰✰ (five stars)
Certificate: 12A
Running time: 32 minutes 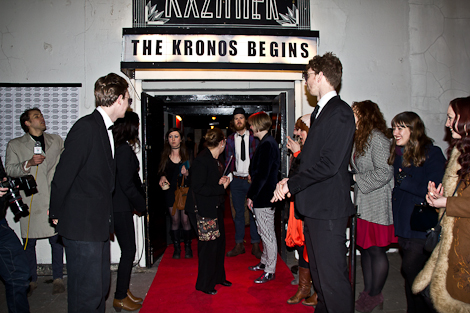 Enigmatic director Jack Whiteley (centre, back with hat) at the Kronos Begins premiere 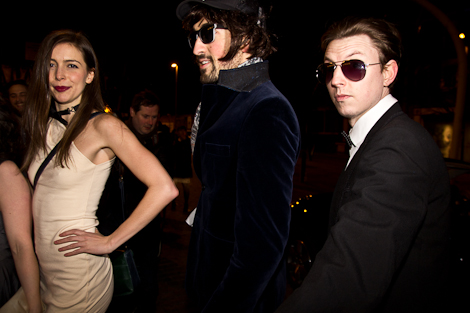 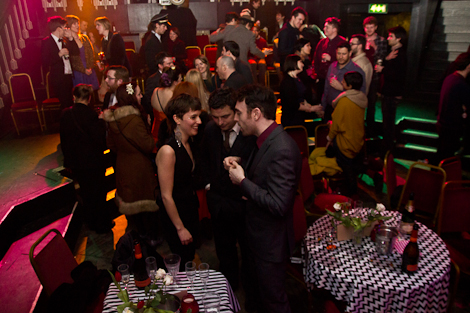 Cast, crew and fans gather for the start of The Kronos Begins inside the Kazimier auditorium 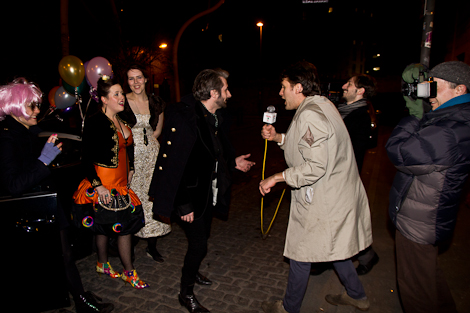 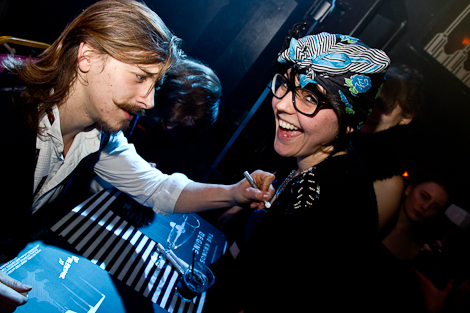 Fans meet their heroes after the screening to have memorabilia and body parts signed
Access all areas photography by Getintothis’ Michelle Roberts.
UPDATED:
Watch the full version of the Kronos Begins directed by Jack Whitely.

THE KRONOS BEGINS from Jack Whiteley on Vimeo.