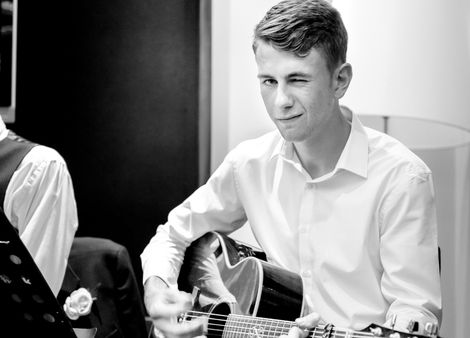 Liverpool musician that died in the Bestival coach crash to have single released with Rob da Bank paying tribute to ‘a young and rare talent’.

Michael Molloy, one of three people who died in the coach crash returning from Bestival, will have his song Rise and Fall released through the festival’s Sunday Best label.
Musician Michael, 18, died along with coach driver Colin Daulby, 63, from Warrington, and Kerry Ogden, 23, from Maghull, while Zach Washington-Young, suffered life-changing injuries because of the crash. Fifty people were hurt.
Rise and Fall was written by Michael a year before his death and was recorded in July 2012. A second song by Michael, Hope You Know, is also being released.
Both songs can be pre-ordered on iTunes from this link and will then also be available for download from April 30 across all digital platforms.
The songs have been performed by Michael’s friend, band-mate and musical collaborator Alex Evans.
Michael’s brother, Joe Molloy said: ‘It was Michael’s ambition to have his music recognised by the wider world. He never fulfilled that ambition so we, his family, are fulfilling it for him.
‘Michael can never come back and we will never cease to grieve for him. We think about him every hour of every day. But Michael’s passion for music and his talent was one of the qualities which defined him and we want the rest of the world, through his music, to understand and appreciate in a small way just what a special human being he was.
‘The release of the single is both in memoriam and in celebration and we wish to thank Sunday Best and all of the people who have supported Michael over many years. They know who they are.‘
Joe, who lives with mother Frances, father David and younger brother Liam in Woolton, Liverpool, said the family wanted Rise and Fall to go to number 1 in the charts.
Michael’s mother Frances added: ‘The release of Michael’s single will represent a small step in the long and hard job of rebuilding our lives. We will always be thankful for the fact that he was the happiest 18-year-old alive at the time of his death.
‘He was fulfilled and full of hopes and dreams. One of those dreams was for his talent to be recognised. The release of “Rise and Fall” means that will now happen.‘
Bestival organiser and BBC Radio 1 DJ Rob da Bank, said, ‘It’s obvious to me that Michael was a young and rare talent and that music was an extremely important part of his life. I’ve heard that he absolutely loved Bestival and had a great time at Bestival 2012 so I feel privileged to be able to help his family fulfil his and their ambition of getting Michael’s music out there.‘
Further reading on Getintothis
Bestival founder Rob da Bank: Liverpool will ‘pulled together’ for Nation tribute gig.
Bestival at Nation bill announced with McCulloch, Broudie, Tea Street Band and Killaflaw all set to play.
Bestival Benefit concert set for March 30 at Nation with Cuban Brothers.
Nation to host Bestival coach crash tribute gig says Rob Da Bank.
Getintothis reports on the Bestival coach tragedy.