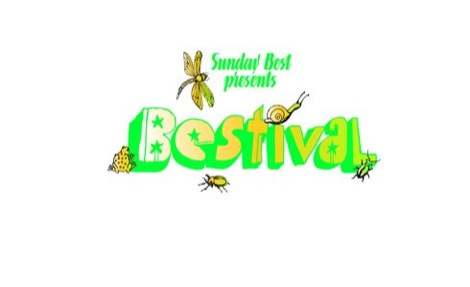 Bestival promoters have today confirmed a special charity night Bestival Benefit on Saturday March 30 2013 at Liverpool nightclub Nation in memory of victims of a fatal coach crash.
Kerry Ogden, 23, from Maghull, Michael Molloy, 18, from Woolton and driver Colin Daulby, 63, from Warrington, died when the coach they were in crashed on the A3 in Hindhead, Surrey, as they travelled back from Bestival, in the Isle of Wight, in September.
The crash also left several of the passengers injured, including 23-year-old Zach Washington-Young, who suffered potentially life-changing injuries.
Rob da Bank said: ‘Bestival HQ and everyone connected to Bestival 2012 were devastated by what happened after our festival on the A3.
‘We’ve been working to get an event set up to show some love and hopefully raise lots of money for those affected and their families and we’re pleased it’s in the hometown of many of those involved; Liverpool.
‘Thanks to everyone who has rallied round and contributed to making this event happen – everyone from the DJs and live bands to the venue Nation are donating their time and services for free, so please get the date in your diary and prepare to party for a very good cause. See you on the dancefloor.‘
Michael Molloy, Kerry Ogden and coach driver Colin Daulby died in the tragic accident; Zach Washington-Young suffered life-changing injuries and many others involved were also affected.
A Bestival spokesman said: ‘We knew that we had to do everything we could to show that they are in our hearts and minds, so we’d be honoured if you would join us in paying tribute to them, and helping us to raise as much money for charity as possible.
‘Iconic Liverpool landmark Nation (the home of Cream) has kindly provided us with the venue for a fundraising show hosted by Rob da Bank and The Cuban Brothers that will feature some of Liverpool’s finest plus guests doing what they do best, with proceeds from the night donated to charity.
Tickets priced £16.25 including booking fee are available now from Ticketline. Please save the date and put Saturday March 30 in your diary now.
Full line-up details for this one-off event will be released very soon, so please watch this space.
Please check Bestival for more details.