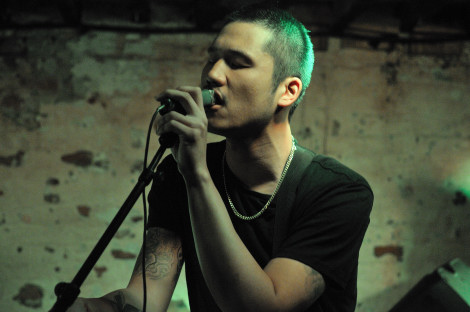 Fusing the spirit of the 50s with contemporary post-punk aggression, Dirty Beaches provide a much-needed Post-Sound City boot to the senses, Getintothis’ Jonny Davis spirals into the abyss.

A post-Liverpool Sound City gig is never likely to attract an eager following so the hold in the Shipping Forecast is the perfect size for a small touring band to ease into their comfort zone.
It has to be said though, emerging Liverpool talent GhostChant had a tough time of it.
His Vondelpark-esque set was plagued with technical issues ranging from over-distortion to a complete lack of bass pulling through the speakers.
Looking past the unavoidable glitches there are some pleasing swoony textures underpinned by swinging two-step shuffles that genuinely encourage movement.
The synth chord progressions are affecting in a Burial-kinda-way and on the recordings on his Soundcloud page they really shine through.
However, with sound issues annihilating a performance like this, you have to wonder if it’s worth attaching synths to a mac when you could just hit play and let the songs prove themselves. 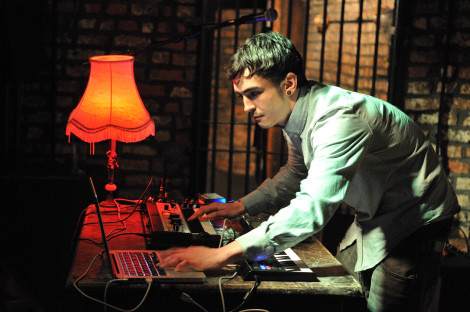 GhostChant live at the Shipping Forecast
Starting life in 2007 as a lo-fi rockabilly solo project of Taiwanese-born Canadian musician Alex Zhang Hungtai, Dirty Beaches have since morphed into a three-piece industrial machine.
What was once a hazy rock and roll project stuck in a 1950s time capsule is now a noisy, beat-driven behemoth, as showcased on the forthcoming Drifters/Love Is The Devil, which channels the urgency of krautrock and the aggression of post-punk.
The bluesy Roy Orbison croon thankfully still remains but is used far more opportunely and to sumptuous effect as a soother to the discordant guitar histrionics.
There are some brutally oppressive passages in the set tonight that threaten to send you spiralling into the abyss but these moments are tempered by shards of blissful ambience.
Individually these glimmers of light are mild and inoffensive but when offered up after 10 minutes of pumping chaos, they take on new life as a peace offering – an acknowledgement and a thank you for your persistence. 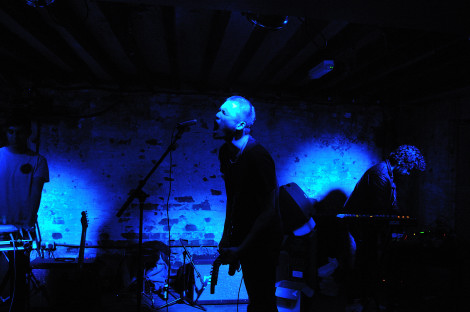