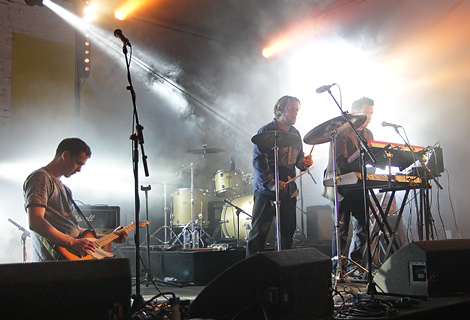 Liverpool Sound City closes with whacked out sounds from a far out plain, Getintothis’ Joseph Viney is left whacked out and in need of some plain sailing.

Death Masks, coming highly recommended by those in the know.
And they filled out the Academy of Arts and dispensed with some fairly high-octane power-pop that errs towards a gloomy-romance angle. They look most likely to be the next big hitters in Liverpool, so get in there while you can.
Alas, by this time schedules had pretty much gone the way of the dodo, and those who were reporting events decided to combine must-see acts with sticking with those they knew or had made connections with already.
Trips worth their weight in gold were made to see the sultry and soulful Ady Suleiman at the Zanzibar, his set being as smooth as velvet, and the females in the audience buffing up their hair and pulling a few shoulder straps down in anticipation of something or other.
The weird and wonderful Jazzhands, with their slew of drummers, a saxophonist and one balaclava-adorned member bopping around the venue smashing any surface possible with a number of drumsticks were a hidden delight and one group that are not easily forgotten. Boisterous tunes, a sardonic and surreal sense of humour and one of the odder group aesthetics seen in a while: what’s not to like? 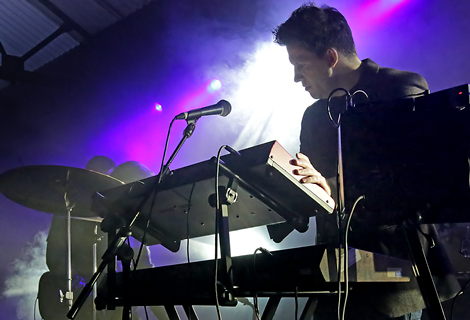 Baltic Fleet – justifying the hype with a superb set in the Garage
GIT Award 2013 winners Baltic Fleet justified the hype and plaudits with a bass-heavy, fluent show at The Garage to a crowd that covered the whole spectrum.
The spacious, post-industrial surroundings of the venue were the perfect setting for their brand of electronic density; itself a paean to our city’s own industrial and commercial history by virtue of their name. One of the rare groups you could see time and again and not become tired of it all. 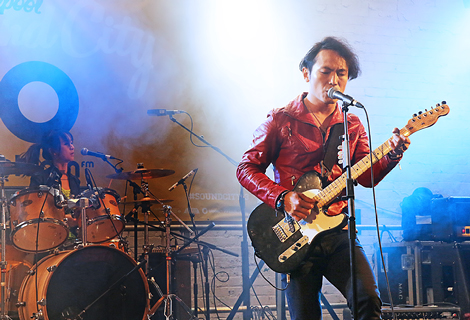 Echo in the Garage
The night, and the weekend itself, ended for many at The Kazimier. Acting as the spurious and de facto final party for journos, promoters and other acts, it was packed to the rafters for Brolin, the bemasked hip-hopper with his brand of stoned anthems and real world tales of varying degrees of luck in life and love.
The weekend faded out from there. Some say all good stories must contain a moral or a lesson to be learnt. The only lesson is one a good deal of us adhered to anyway: you had to be there.
Pictures by Getintothis’ Sakura and Conor McDonnell.