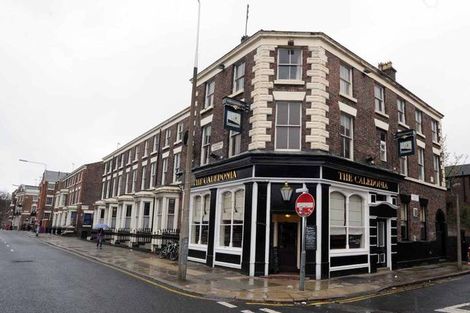 This month’s Bido Lito! Social was given added poignancy.
This was not only because it fell on Bido’s third birthday but also because it was on the day after it was announced the wonderful Caledonia pub was being closed down.
So it was with a heavy heart So Sexual kicked the evening’s proceedings off.
Formed just over a year ago, these lads have more than their fair share of buzz about the city, and their set tonight showed why. Armed with catchy melodies and moody keyboards aplenty, they have managed to invoke the memory of many bands (White Lies, Editors and even Bloc Party in their more muscular moments) yet have managed to forge a sound all of their own.
Sadly though, tonight their songs all bled into one another into one long dirge, although Getintothis suspect that might have something to do with the monster speakers eating up half the stage packing out a shade too much volume.
Thankfully, Death Masks compensated with their beautiful psychedelic noise rock. These “Boogie, indie rock, shoegaze, dreampop, hatred, indie pop” dudes from St. Helens blend Pavement Wowee Zowee-era with an MBV volume-heavy reverb which shuck the tiny pub to it’s foundations. 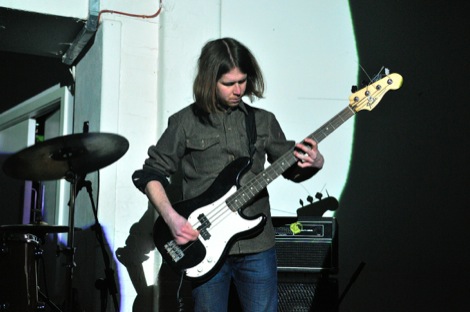 Mind Mountain – one massive brain-warp
The cacophony went stratospheric as Mind Mountain married our twin-loves of hardcore’s intensity with psych’s out-thereness. Thinking about it, you could say they are Liverpool’s answer to BBC 6music darlings Hookworms.
Except this being Liverpool and all, they had to go and add squalling, swirling feedback to turn it all into one massive brain-warp, à la psych-punk pioneers the MC5.
*Disclaimer: we have no idea what any of the songs were called tonight because the bands had zero audience interaction, but all we can say was that each was better than the last. True story.