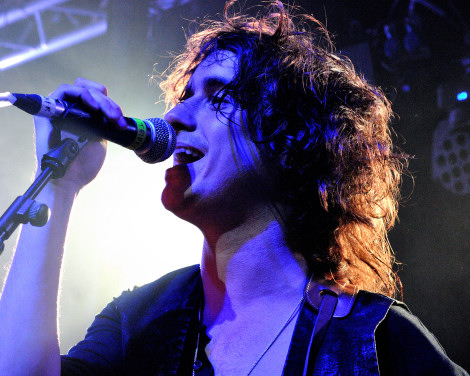 After the grit and grunge of debut album Baby, Tribes are moving on to soundtrack of summery soul with album number two.
Yet, with the critics sharpening their knives on the day of their Liverpool gig – reviews of Wish to Scream were scathing to say the least as NME dished up a 4/10 while the Guardian spewed harsh words about meaningless lyrics and a lack of swagger from frontman Johnny Lloyd – we might have suspected a downbeat delivery from the London quartet.
However, with a weight of criticism on their shoulders, the boys known for their melodic rock and catchy chorus’ let rip. A mosh pit quickly formed within the first few notes of When My Day Comes, accompanied by a great wave of beer spillages. 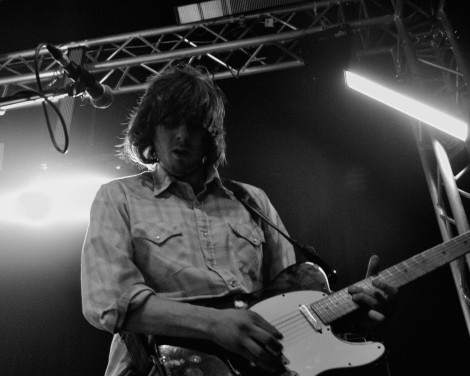 12 Dirty Bullets at East Village
The Liverpool following were already rowdy and the band obliged, soaking up the atmosphere with fiercely attacked guitars and microphones sent flying as the huge sounds from their debut were crashed home with aplomb; the likes of Sappho sounding as big as ever.
Lloyd, for his part, doesn’t need enigmatic lyrics or moody glares to have presence, it’s effortlessly instilled in his raw, crackling voice that saturates his delivery. Shouting out to his mum in the audience, he dedicated a slower number Halfway Home to her, before gushing about his love of Liverpool, after recording Baby in The Motor Museum.
After a smattering of hits, Wish To Scream‘s tracks, recorded in the legendary Sound City Studios were given an airing – dripping in American-inspired blues, it’s in numbers like Dancehall were it’s evident the influence of their conception. 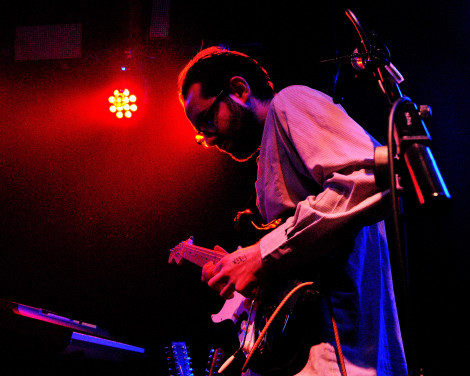 Life In Film supporting Tribes in Liverpool
No matter how soulful or how many influences are brought to the table, Tribes retain their anthemic ‘loud and proud’ choruses that made Baby a success.
With a sold out back room in the East Village Arts Club, the band have attracted a fierce following who jumped at the chance to get their hands on tickets for the free gig.
Standing outside after the gig, happy to share in the occasion with fans – who were invited to join them for drinks at Santa Chupitos – it’s easy to see why the boys have attained their level of success; their rock n roll image is oddly paired with their patience and interest in the people who come to see them.
Tribes may not have opted for the same easy route as Baby for their second album but why should they? Touring America has obviously rubbed off on them and translated into an album which is coherent and makes sense.
Far from eradicating their scuzzy beginnings they’ve merely added some sunny resonance to the party resulting in a night of serial crowd surfers, awash with the chaos and abandon. 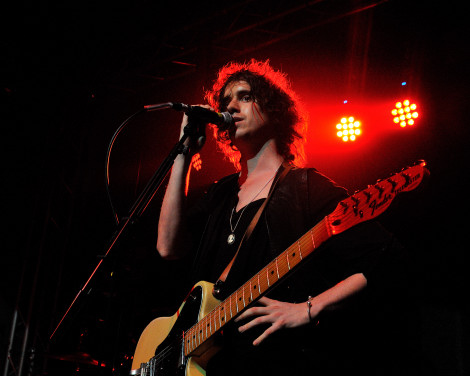 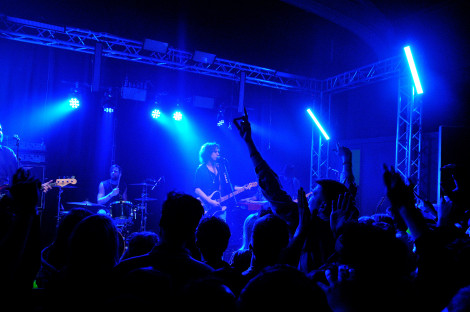