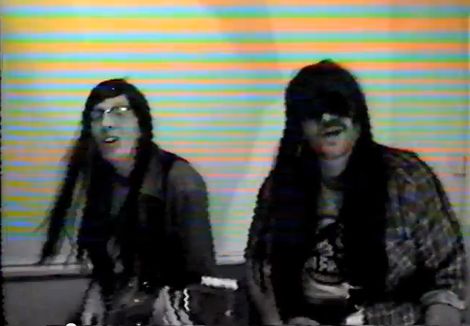 Alien freak-synth poppers Organ Freeman have emerged from a three year gonzo existence of gorilla gigs and music stunts with the release of debut single proper Pop Goblin.
In a Getintothis exclusive, the Wirral-based band – name-checked by Chloë Sevigny as her ‘new favourite band’ – have also unveiled a typically-maverick accompanying video.
The band’s Simon Gabriel told Getintothis, ‘Pop Goblin details the story of a girl who’s so in love with a guy that she submits to a magic goblin to have her wish come true. The video was filmed and edited with analogue equipment and completely on VHS tape.‘
Organ Freeman make their long-awaited live return this weekend at Superbyte Festival 2013, in Manchester celebrating chip music and other forms of electronic art. Full details can be found here.