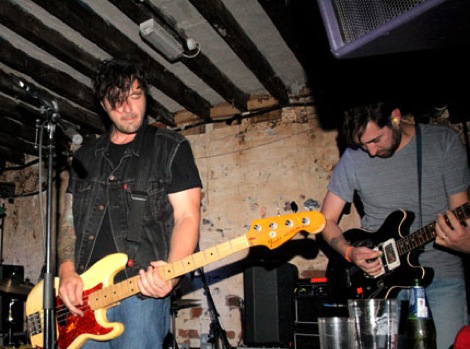 Skaters brought their riotous and ramshackle sounds to Liverpool for the second time this year, Getintothis’ Joseph Viney rolled up for assessement.

Despite only having two singles, Noo Yoikers Skaters still pull an impressive and boisterous crowd to the Shipping Forecast.
Having laid the groundwork with a much talked about showing at this year’s Sound City and laying waste to Leeds/Reading Festival, the manic quintet were in fine fettle for the first night of a hastily arranged UK tour.
It’s probably the height of lazy journalism to compare five guys from New York to The Strokes, but there’s a lot to be said for the comparison.
Both groups share that louche, sneering cool that you can certainly buy, but how you wear it is another matter altogether.
They also have fast-paced and sweaty live shows. Well, the Strokes don’t anymore. They became so cossetted that they were unable to sit in a room together without civil war breaking out. More fool them. 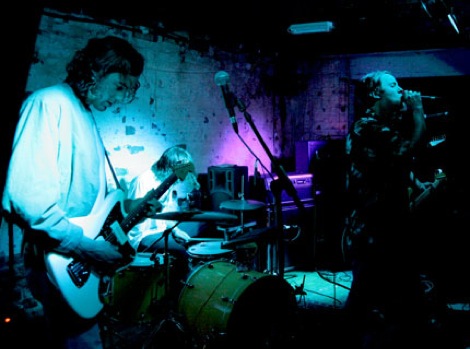 Skaters at Shipping Forecast, Liverpool
Fittingly, that’s where the similarities end. Skaters look like a solid bunch, no egos, just concentrating on wringing the most from their instruments and their audience.
They even deal with their sore lack of recorded output with humour; “Here’s one of the songs you’ll actually know” jokes singer Noah Rubin.
What they do have available is stellar stuff. I Wanna Dance [But I Don’t Know How] and Armed are played with real urgency and no shortage of venom as all five of them strain to make some ears bleed and get in our faces.
It’s over before you know it, but those of us leaving the venue, wiping sweat from faces and jamming fingers in ears to stop the ringing have witnessed something special. 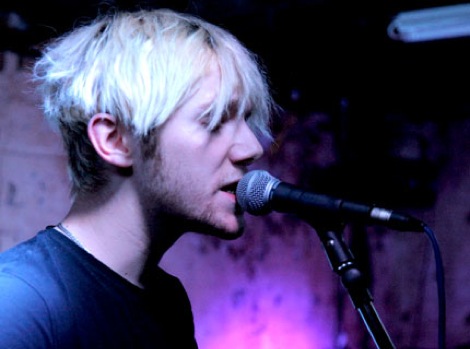 Darlia at Shipping Forecast, Liverpool
Earlier, Darlia should remind one very much of Placebo. A skinny, flexible frontman and a strong and silent rhythm section made for a decent set from a band who, on first impression, didn’t look capable of very much at all.
The guitar work was at times reminiscent of some of the Smashing Pumpkins’ early output, but we were still dealing with a rough diamond.
Darlia are still looking to find their voice, but on this evidence it shouldn’t take that long.
Pictures by Getintothis’ Ian Gamester.
Further reading on Getintothis:
Liverpool Sound City 2013 round-up inc. Skaters
Howler, Hooded Fang, fiN: The Kazimier, Liverpool
Savages, Palma Violets, Death At Sea: Leaf, Bold Street, Liverpool

Share. Twitter Facebook Google+ Pinterest LinkedIn Tumblr Email
Previous ArticleFactory Floor coming to a Kazimier near you
Next Article Liverpool’s gig calendar 2013: Guide to essential gigs not to miss the rest of this year