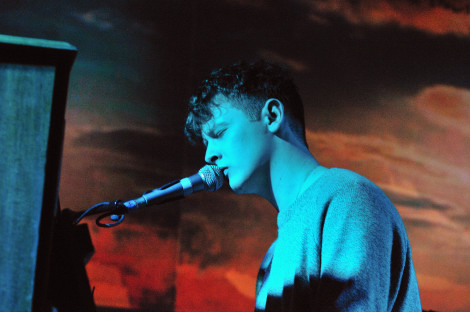 Astral Coast 2014 has announced Bill Ryder Jones, Tea Street Band and By The Sea as headliners for this year’s festival at New Brighton’s Floral Pavilion on July 19.
The triumvirate of former GIT Award nominees head up a big-hitting bill of Mersey acts for the third annual Wirral music and arts festival.
Joining them are Manchester’s Temple Songs plus a host of Merseyside talent including The Sundowners, VEYU, The Wild Eyes, Wet Pelican and Sankofa.
Other acts on this newly-emerging festival are Oxygen Thieves, Death Masks, Filter Distortion, Jimmy & the Revolvers, Viola Beach and Dominic Dunn. 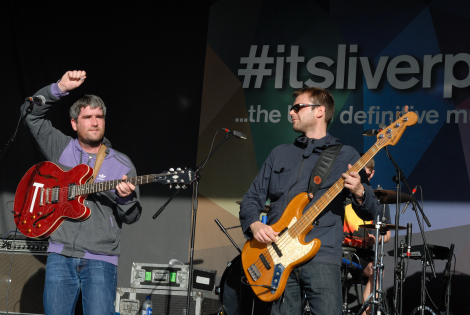 The Tea Street Band live at Liverpool International Music Festival 2013
The festival represents the coming together of Wallasey based mental health support hub The Open Door Centre, Bido Lito! and The Floral Pavilion Theatre.
Lee Pennington, director of The Open Door Centre, said: “The past two years have established us on the local festival circuit but this year’s event looks certain to provide the Wirral with an event the likes of which it has never seen.
“We are extremely proud to have curated what we feel is the best line up of new music in the region. As our flagship musical event Astral Coast presents us with the opportunity to take the discussion of mental health issues out of the GP’s waiting rooms and into the lives of young people across Merseyside. It looks certain to be the pinnacle of Merseyside’s musical calendar.”
Bill Ryder-Jones, meanwhile, has revealed a host of new tracks on his SoundCloud page including To Your Skin and Music For Gill, take a listen below. 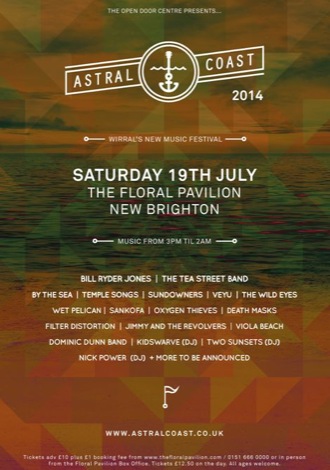