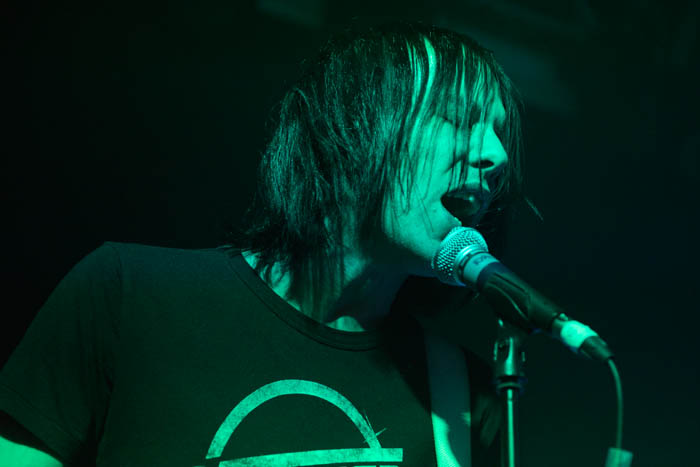 It was just one of those nights at East Village Arts Club for Getintothis‘ Joseph Viney as he, and an enthusiastic audience herald the return of everyone’s indie rocking favourites, The Cribs.

East Village Arts Club is jam-packed for the return of Wakefield’s favourite sons, The Cribs.

Johnny Marr‘s other former band (the others being Modest Mouse and some crew from Manchester) are one of those groups that attract vociferously loyal fans, and a massive contingent of them are in attendance tonight; at least if the view of the sweating, bouncing hordes gleaned from the balcony is anything to go by.

Suffice to say, it’s pretty warm inside and the peasants are revolting, waiting for their heroes to hit the stage. But this time it wasn’t really meant to be.

Opening with the frenetic Our Bovine Public, things kick off exactly as you hoped they would: classic song, great pacing and a bouncing atmosphere. The three Jarman brothers know the rules by now, and from the start they oblige accordingly. 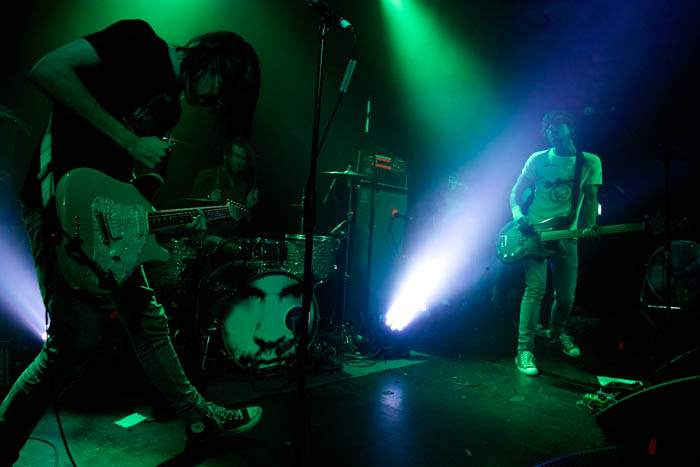 Alas, what lets us down tonight is the sound. Muffled at the best of times and a limp buffet of aural snacks at its worst, casual fans and newcomers will have been left out in the cold (which was no mean feat given the temperature in there) when anything but the hits were wheeled out.

Thankfully, the Swiss Family Jarman are not short on recognisable numbers, and being able to call on songs with the quality of Girls Like Mystery, Cheat On Me and Hey Scenesters! makes up a little for the sound issues.

But a lot of the time is spent watching Ryan Jarman solo in silence, and when the band come in together at various points the sound is almost unbearable.

Their many acolytes down the front didn’t seem to care though, and crowdsurfers a-plenty rode the waves and into the loving arms of security. 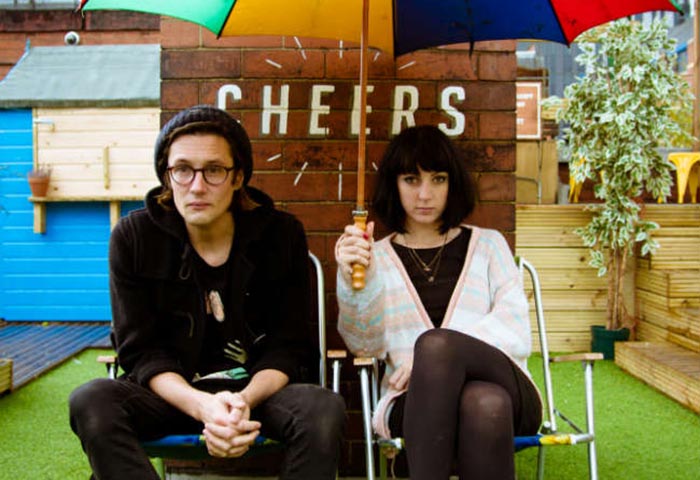 Menace Beach provided support, and after the release of their fantastic Lowtalker EP earlier this year, anticipation was very high.

Disappointment followed as the pysch-tinged Leeds-based mob seemed to race through their songs at an unnecessary pace. The EP’s standout track, Honolulu, disappeared in what felt like 15 seconds; the hulking chorus reduced to a Ramones-esque run through that severely limited its scope and power.

It looks like it was just one of those nights.