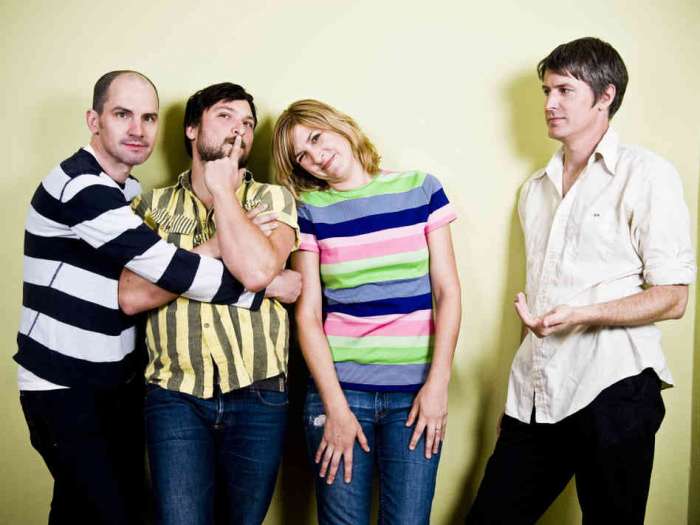 Ahead of Stephen Malkmus & The Jicks’s visit to The Kazimier this month, Getintothis’ Richard Lewis runs through Malkmus’ Top Ten tracks with his former glory – Pavement.

The driving force behind one of American indie rock’s most celebrated groups, as lead singer and principal songwriter of Pavement and solo, Stephen Malkmus has carved himself a niche as one of the most acclaimed songwriters to have emerged from US independent scene.

Following Pavement’s dissolution in 1999, with the exception of a brief reformation to tour in 2010, the band have resisted the lure of the recording studio since calling it a day onstage at Brixton Academy in November 1999.

Possessing a discography with his back up group The Jicks that outnumbers that of his old band, Malkmus has not been resting on his laurels over the past 15 years.

In preparation of their visit to The Kazimier on August 30 to plug this year’s lauded Wig Out at Jagbags’ here’s a selection of superior cuts culled from Pavement’s five era-defining LPs. Back to the Gold Soundz indeed.

Starting at the very beginning almost, the band’s early fondness for Joy Division is clearly to the fore on this opening salvo to the group’s 1992 debut platter Slanted and Enchanted which has become the band’s most critically venerated release post-split.

STP frontman Scott Wieland who may not have noticed due to his herculean and well documented pharmaceutical intake at the time seemed unconcerned by the slight.  Pumpkins’ mainman Billy Corgan however was distinctly less than impressed, threatening to cancel the Pumpkins headlining slot at Lollapalooza 1994 if Pavement were also on the bill (they were added to the line up the following year).  Following this dust up the two then continued the argument through the press for several years.

After replacing original drummer Gary Young due to his somewhat wayward behaviour (headstands during sets, handing out cabbages to fans, running around the stage during gigs) with the more dependable Steve West, Pavement came perilously close to cracking the mainstream in 1994.

Aided in no small part by its memorable video, (Kannberg’s ‘cat sneeze’ thirty seconds in still delights twenty years later) the skewed pop of Cut Your Hair gave the band’s profile a huge boost.  The Take a look around, around/the second drummer drowned/his telephone is found lyric meanwhile may be a veiled comment on the group’s sticksman-related issues that year.

Ultra-ragged and all the more glorious for it, Kennel District, was written by band guitarist Scott ‘Spiral Stairs’ Kannberg, the pleading refrain of ‘Why didn’t I ask?’ during the chorus marking it out as more personal than the laconic word play the band favoured.

A lesser known entry in their catalogue, Black Out is one of the shiniest gems from the frequently excellent weed smoke infested invention of 1995s Wowee Zowee.  An experimental set where the band branched out into balladry, country and punk, the 18 track set received a slightly muted critical response at the time, following on the heels of the (by Pavement’s wonderfully wayward standards) straight up indie rock of Crooked Rain.

Aiming for a more accessible sound, drafting in R.E.M. producer Mitch Easter, Stereo, the first single from 1997s Brighten the Corners duly became one of Pavement’s best known tracks.  Typically off kilter lyrically, the verses find time to pay tribute to the Lone Ranger and the bassist of Canadian prog rock vets Rush, ‘What about the voice of Geddy Lee/How did it get so high?/I wonder if he speaks like an ordinary guy?/(I know him and he does!)’

With Nigel Godrich on the other side of the studio glass, (the Radiohead/Beck cohort was one of the most in-demand producers on the planet post OK Computer and Mutations) Pavement’s last album (to date) saw them maintain the quality to the end.  Their final release, the EP was released a month before the band split.

Yep, another cut from Crooked Rain (‘so good they named it twice’ went Melody Maker’s review at the time) and possibly their most perfect single.  The video featuring the band in Santa Claus suits during summer pursuing a stuffed chicken scored what used to be termed ‘MTV Rotation’ back when the cable giant had a hand in shaping music tastes.

A mellow opener to final LP Terror Twilight, with a video largely shot in Blighty, Spit on a Stranger mints the sound heard on Malkmus and The Jicks’ self-titled first LP issued in February 2001.

A curveball entry this one, Frontwards was originally found on EP Watery Domestic and became better known for its appearance on the 2002 re-issue of Slanted and Enchanted.  Appearing between Slanted and Crooked Rain, the original set bridged the gap between the ultra lo-fi atmospheres of the former and the warped brilliance of the latter.