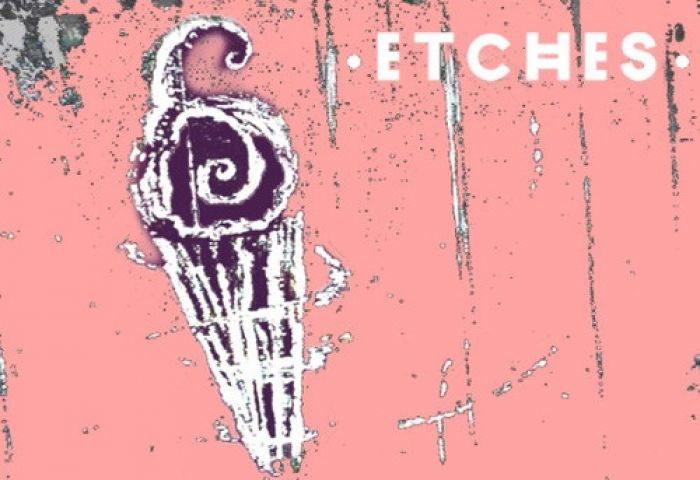 Etches are back with another fine specimen of forbidding alt-rock, Getintothis’ Patrick Clarke takes in some judicious intensity.

Ice Cream Dream Machine, the latest from  Etches, begins anonymously enough – that opening resonance of washing synths and a mid-tempo beat akin to any legion of melancholy bedroom synth-poppers; it sounds, well, pedestrian.

But then, at 12 seconds,  a hint of sublimity kicks in – a sonorous, trip-hop progression of full-bodied piano. Immediately the track is off-kilter, and much the better for it.

By laying prominence on a thick, rich vocal, Etches unsettle again. Direct and undistorted, it juxtaposes it’s backing and the track is no longer as disquieting – the pull of accessibility is back, and the track can finally flourish by thriving on that balance.

Weaving distortion and opaque riffs cut in spasmodically, inter-playing lines gradually collating into a twisting wall of guitars at the track’s final third – until then ebbing atop a still sauntering tempo.

At no point, however, does the track really explode in intensity, always returning to that prominent vocal ascending over a backing that, though spacious, has much to reveal in a profusion of texture.

Overall Ice Cream Dream Machine remains accessible at heart, injecting idiosyncrasy rather than relying on it, and is thus well-polished and highly enjoyable – a worthy successor to a promising back-catalogue. A sense does niggle that there’s still a boat or two they’re yet to push out, for now though we’re still in safe hands.