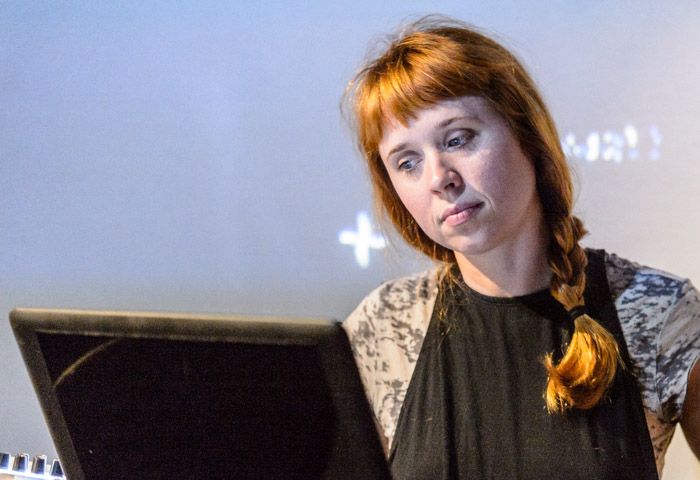 The Syndrome Sessions 2.2 saw music, art and technology on a collision course, Getintothis’ Oliver Matich witnesses a night of depth and significance.

24 Kitchen Street‘s honest minimalism and forward thinking ethos provide the perfect backdrop for a night like this. It’s not quite a bar, art gallery or live venue, but an ideal mix of the three. The interior space is unobtrusive and minimal but still with lots of character. Not to mention they have a very decent sound system, something lacking in a lot of venues of this size. 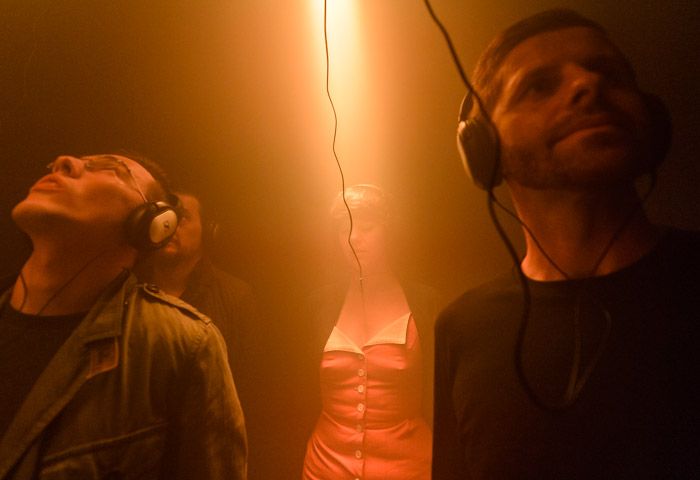 First up we had Hive Collective‘s Engineering Joy_01 live installation. It’s a difficult experience to describe, perhaps best summarised as an 8 minute audio-visual shower. Someone we spoke to said it cleared their mind of the day and put them in a fresh state, and that puts it well. The shot of mystery liquor was a nice touch. 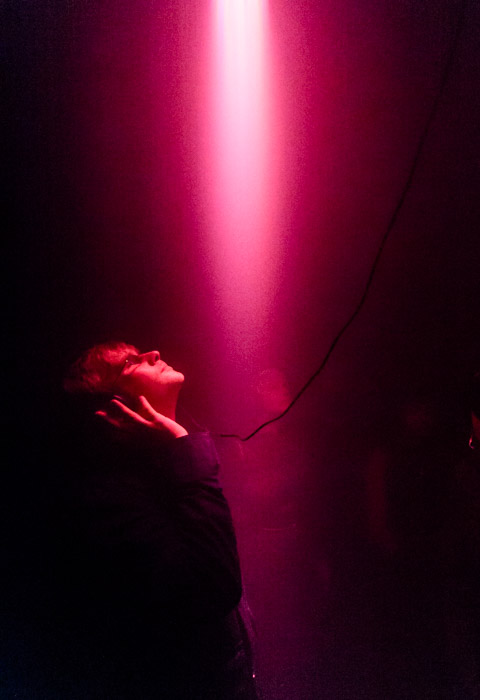 Following this up we had Kepla and Thom Isom of Deep Hedonia‘s Blackberry Broadcast. This continued on from where the Engineering Joy installation left off and introduced beats into the mix, colliding an abstract soundscape with everyday imagery evolving into art.

Then we had the headline act Holly Herndon‘s live set, with visuals from Matthew Dryhurst. The set picked up again from where Kepla and Thom Isom left off and took us further into sonic abstraction, with the precisely produced sounds and vocals taking us on a journey into a constructed, even engineered space. If Holly‘s goal was to disorient the audience, she definitely succeeded. A solid four on the floor brought in the techno side of the music, adding further structure to the space portrayed by it. 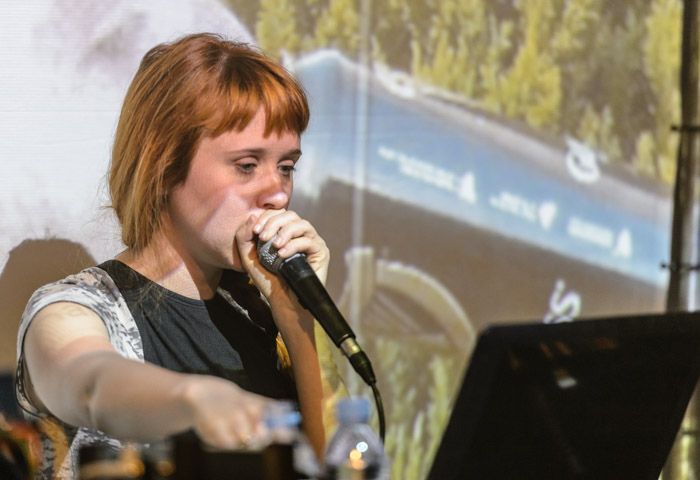 And that was with the bass channel of Holly‘s setup disconnected by accident. The audience didn’t notice, but when the bass came back in we sure did. It didn’t fill any gaps but rather added a new dimension to the sound, drawing the whole body into the experience.

The visuals were incredibly on point too, with a visual exploration of Facebook leading into a world of colliding retail boxes and seemingly endless 3D projections. It was truly one of the most well integrated and artistically immersive live acts we have seen. Anyone could have thought it was a classical concert with that kind of depth to the experience. 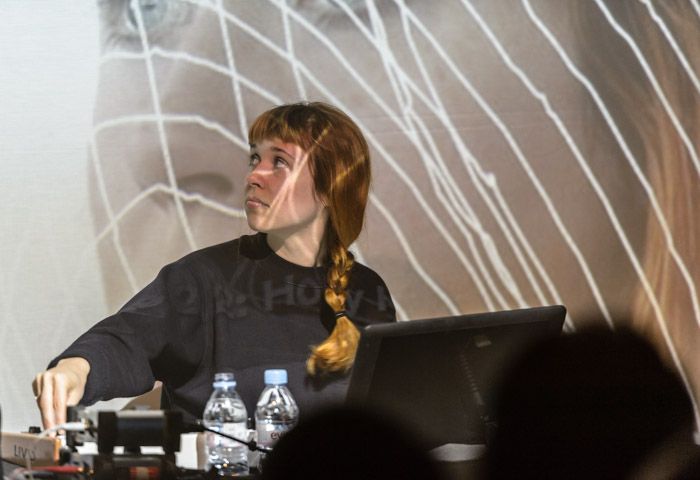 Hive and Less Effect DJs filled in the gaps and Ipman took 24 Kitchen Street into the early hours of the morning with more great music and a relaxed social atmosphere throughout the night. 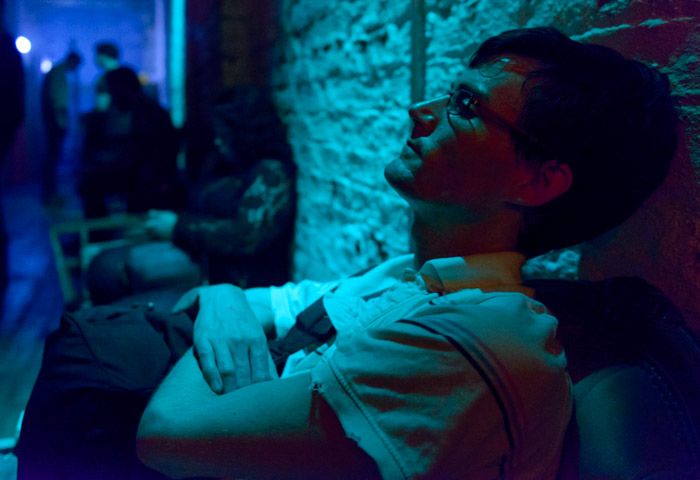