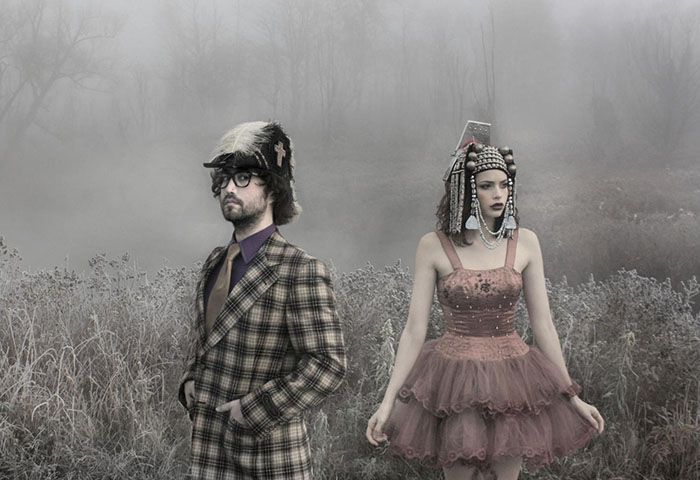 The Ghost of a Saber Tooth Tiger

Getintothis‘ Adam Lowerson previews a geographic and musical return to roots for a Lennon songwriting partnership.

Formed back in 2008, The Ghost of a Saber Tooth Tiger consist of couple Sean Lennon (you might have heard of him, his parents are quite famous), and multi-instrumentalist and model Charlotte Kemp Muhl. Sort of the avant-garde Beyonce and Jay Z.

Having toured together now for six years and working alongside producer Mark Ronson in the past, they released their third studio album Midnight Sun, through their own label Chimera Music, in April of this year, and have toured it with support slots for Beck across America. The album has been well received, and is considered widely to be the GOASTT’s best effort yet, matching the experimental/performance art weirdness made famous by the Plastic Ono Band with 1970s psychedelic rock.

In interviews Lennon has described his and Kemp Muhl’s songwriting partnership as similar to that of his father and Paul McCartney’s, and although the tracks are quite a distance from the pop sounds of the Beatles, some of their psychedelic tendencies and influence is certainly present. So when the duo and their band bring Midnight Sun to Liverpool later this month, don’t be expecting a Beatles-lite.

Lennon and Kemp Muhl have certainly created something their own, and if the dancing animals at their recent Letterman performance are anything to go by, it could get a bit weird. So regardless of their background and who their family might be, let their music do the talking.

The Ghost of a Saber Tooth Tiger perform at the Kazimier on September 9, with tickets at £10 from EVOL. Support comes from Strange Collective.