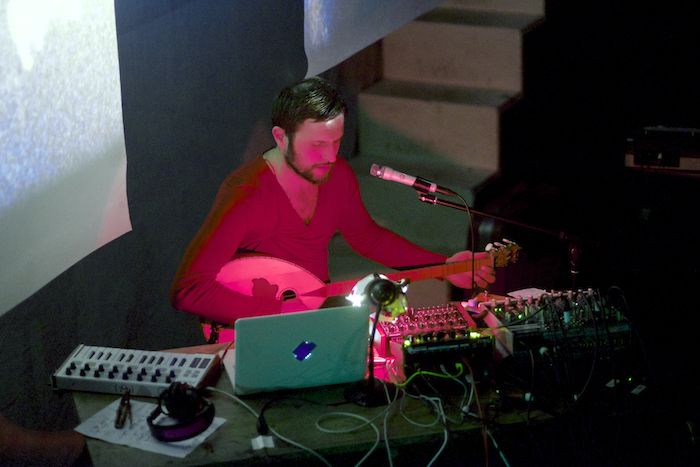 Jerusalem In My Heart

Jerusalem In My Heart brought their ambient, Arabic and psychedelic audio-visual show to the Kazimie, Getintothis‘ Paul Higham soaks up this unique occasion.

Perhaps it was the reports of Hurricane Gonzalo’s imminent arrival on the North West Coast. Maybe it was the lure of home comforts and Manchester United’s televised trip to West Bromwich Albion. Whatever the reasons, The Kazimier was so thinly populated that audience numbers at one point threatened not to reach double figures.

This was a real pity for, as those who braved the elements to attend will testify, Jerusalem In My Heart provided a unique set (each show reportedly a one-off) of mesmerising audio-visual wonderment.

Despite the poor attendance (and no doubt in anticipation of it) The Kazimier did a wonderful job of creating an atmosphere. Upon arrival, tables and chairs were set out in the main floor space, lights were dimmed to near-darkness and red candlelights provided soft illumination. Ambient music wafted gently through the PA to add atmosphere and to set the scene.

Jerusalem In My Heart is the work of Lebanese national and Canadian resident Radwan Ghazi Moumneh and as his set amply illustrated his work combines highly experimental electronic soundscapes, lute playing that is a delicate as it is sometimes abrasive, and traditional Arabic singing. 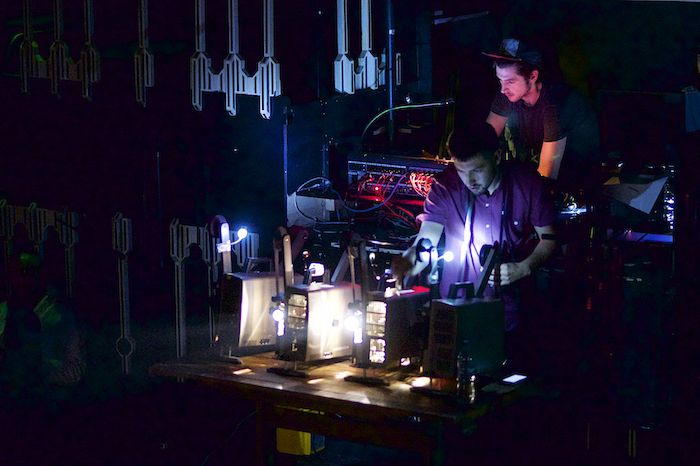 Jerusalem In My Heart

It is Moumneh’s vocal delivery that was most impressive in his show. There was a religious quality to the set-opener that mesmerised and left us entirely transfixed. Like a call to prayer, it was delivered with heavy reverb over droning electronica that was astounding in its intensity. His facial expression left us in no doubt that, undeterred by the small gathering in front of him, he was putting everything into the performance.

The set, although short at barely 40 minutes in duration, had wonderful variety. Psychedelic lute playing backed by a driving rhythm was perfectly complemented by the projected backdrops that depicted colourful autumnal scenes as they raced by in perfect harmony with the music. At other times the lute playing was more ferocious and riff-based. Effective use of loops was made as Moumneh experimented with pitch and tone, held together by affecting ambient drones.

One piece began with an eruption of white noise while black and white imagery of explosions was presented behind him. This appeared to us to provide strong echoes of conflict and of lands and people torn asunder by the horrors of war and its aftermath.

It made for a very powerful composition and demonstrated the care and thought to create visuals that add to the understanding of the music rather than, as is unfortunately too often the case, are merely there for the sake of it.

Special mention should be made of filmmaker Charles Andre Coderre who provided the stunning visuals. Four separate projectors of 16mm film were used to create the displays, projected onto four screens behind Moumneh. During the quieter moments, the projectors provided a comforting aural whirr that seemed entirely in-keeping with the sounds being created onstage.

Watching him work was fascinating in itself, a feat of real ingenuity, concentration and art. 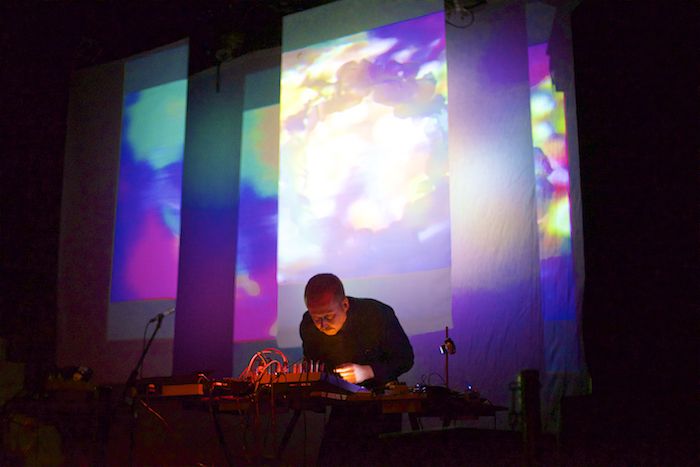 Support was provided by Liverpool experimentalist, In Atoms. A solo show against a laptop projected display of textured visuals, the set was deeply ambient and often heavy and dense in tone.

It began with a doom-laden and unsettling sound, almost like an imagined a soundtrack to a horror film. The sound was augmented by tapes, the delightful background hiss adding an analogue warmth to the overall feel.

The set lightened in mood as it progressed and we relaxed and allowed the textured sound envelop and wash over us.

To see two experimental musicians in such an atmospherically intimate setting felt like a real privilege. We hope the sparse attendance does not deter similar artists from bringing their music to Liverpool.

Certainly those that did attend witnessed a show that will live long in the memory.