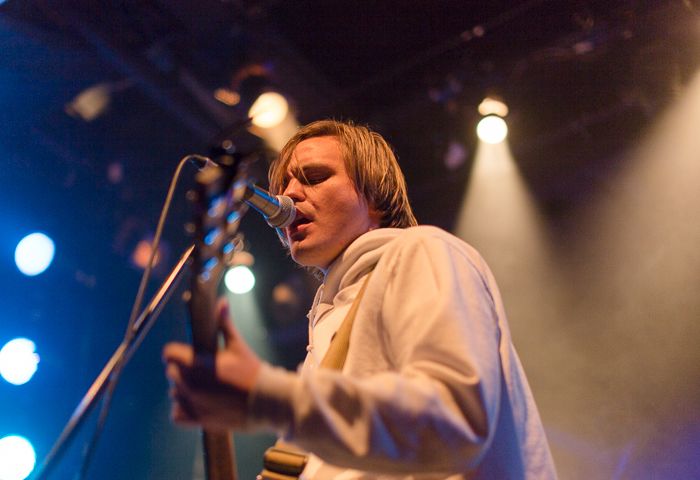 As Florida’s Merchandise brought After The End to the Kazimier, Getintothis’ Will Neville was in the sparse but enthused crowd.

Merchandise are a Florida-based five-piece made up of frontman and guitarist Carson Cox, pipe cleaner-legged guitarist David Vassalotti, Patrick Brady on bass, Chris Horn on second guitar and the wonderfully-named drummer Elsner Nino.

After The End, their third full-lengther and first for 4AD, came out last August to big critical acclaim. A record which really comes to life on stage. They are a good fit for the label, bringing to mind some of the classic bands from Ivo Watts-Russell’s imprint, but much ballsier in the live environment than that sounds.

They started the gig with the opening two tracks from their latest release, the instrumental Corridor and a harder-edged version of Enemy, bringing to mind 80s indie greats such as Felt, with Cox’s baritone somewhat recalling Peter Astor from The Weather Prophets.

There was limited between song talk from the band, but they did dedicate successive songs to support act Shopping and Shakespeare, as well as wryly warning the somewhat thin crowd that “dancing is the prelude to sex”. Vassalotti’s guitar work had elements of Johnny Marr in it, but also hints of the (arguably) less hip Peter Frampton. Highlights of the show included Telephone from After the End and the dark, jangly sounds of Figured Out, which was issued on a split 12” single.

Their short but blistering set ended with the title track from the new LP, but they soon returned for an encore with the excellent Time from second LP Children Of Desire, as Cox continued his love-in with Shopping by wearing their t-shirt.

First up had been the London-based three-piece Shopping, who seemed to have stepped right out of a slot midway down a 1981 Futurama festival bill. Or perhaps 1979, but oddly enough not 1980.

Their funky, angular but tuneful post-punk sound is blended from the individual, primitive noises of Rachel Aggs on skittering guitar, bassist Billy Easter and drummer Andrew Milk, with Aggs and Milk sharing and trading vocal duties. Aggs brought back memories of singers like the late Poly Styrene and Siouxsie Sioux.

It was lovely to then see all three members of the band enthusiastically enjoying the main act from right down the front. 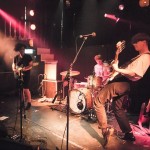 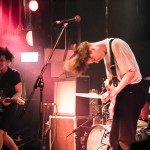 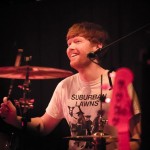 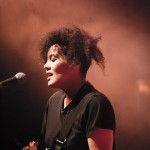 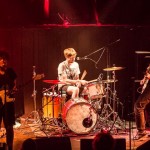 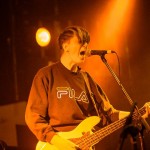 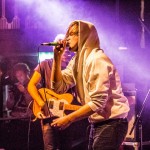 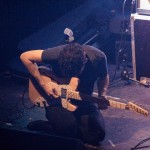 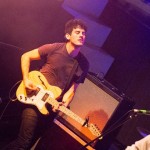 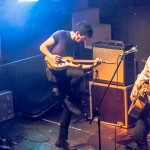 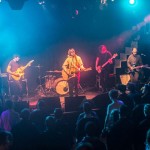 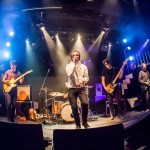 Merchandise at The Kazimier 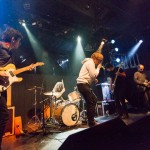 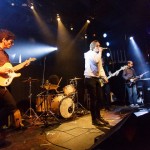 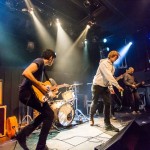 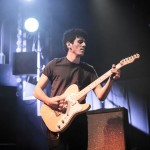 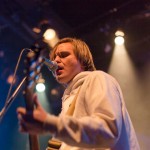 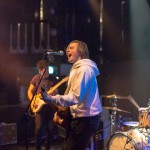 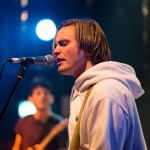 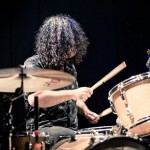 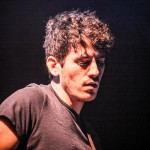 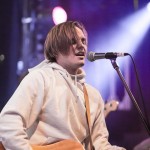 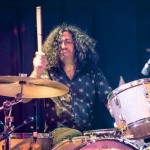 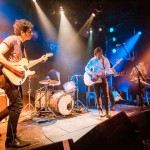