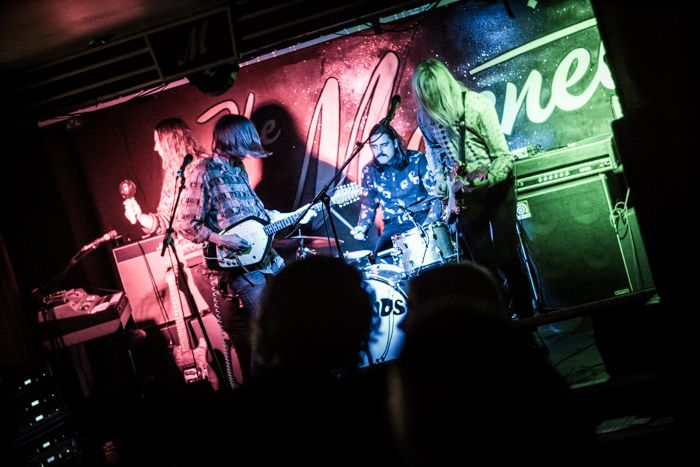 In their relatively short existence, they’ve championed some of Liverpool’s greatest acts and done more than their fair share to get wider recognition for some bands further afield. Run by the tireless Brit Jean, Alex Wynne (of Strange Collective) and Dan Hewitson, you can bet that if there’s a new Merseyside sound that needs to be heard, they’re on it.

Even with those high expectations, we were mightily impressed when it was announced that the prodigious The Wands would be taking to the Magnet‘s tiny confines. Having garnered massive praise all around Europe after their debut release, I know The Blow You Grow Is Magic, it’s the Copenhagen-based duo’s first Liverpool showing since their riotous performance at Psych Fest 2013.

But before it’s revealed just what The Wands can conjure up, there’s still a tantalising bill of talent much closer to home to be treated to. First up are newly-formed garage-rockers Ohmns, who’ve landed the support slot just months after their September live debut. They manage to deliver a performance that although raw, belies the fact they have been together for a month, and their fast paced and frenetic grunge soon has the crowd on its feet and bouncing along. It’s still a little embryonic but also vastly promising; given some time to tighten up and with the energy kept flowing they’ll almost certainly go far.

Following on are Comanche Moon, who lean a little more towards straight-up rock, albeit with some extended instrumental riffs and melodies. Drummer Josh Perry of Sankofa adds some thumping beats, showing sagelike understanding  of when to switch between thrash-driven rock and roll and more subdued cymbal-tapping, while edgy guitars boast a tone akin to seventies The Who. It’s not the most original sound in the world, but they know their noise and put it out there pretty well. Undeniably talented individually, once again it’s only a little practice in the way before we’ll surely see the foursome headlining nights of their own.

Manchester’s Purple Heart Parade are next to take the stage. A little older than their predeccesors, their dreamy shoegaze fuzz has already earned quite the reputation across the Northwest, and with support for the likes of Night Beats and The Lucid Dream already under their belts it’s more than clear in their performance that the lads are no strangers to gigs like this. Their boundary-breaking cosmic tones combines smatterings of The Verve and Sunstack Jones with a Brian Jonestown Massacre haze. The guitars are thick when they need to be but at times defined and clean; it’s an intrinsic ability to hit the right occasions on the nose as they arise amid their psychedelic sonata. Frontman Peter Cowap’s voice is righlty making waves for nothing less than it’s sheer quality, and his on-stage swagger that shows these guys know that they’re good- and if they manage to sand down the rough edges of their sound, they could easily be greater still.

Playing as a full five-piece live, it’s only after a lengthy set-up that The Wand are ready to take us on their trip. It’s hard not to notice, though, that The Magnet‘s far from  full, and that’s a real shame, given that in the venue’s tight, intimate confines there’s a sense they deserve far more of a crowd. But, with the site having not long re-opened, and with the last trains long gone, it’s almost certain this has nothing to do with promotion or recognition – the Blak Hand promo poster for the gig was a work of genius and well worth a look in our gallery below.

Opening with the first track from new album The Dawn, the room, however empty, is soon full of their acid-psych jangles, with Christian Skibdal’s vocals coming on like Iggy Pop at his most baked while sixties-psych organ underpins the duck and weave of fuzzbox guitar and some seriously slick bass grooves.

Looking the part on stage – all long hair, paisley shirts, big smiles – they work through some more of their newer material before playing breakthrough hit and titular track of their first EP, Hello I Know The Blow You Grow Is Magic. It’s one the catchiest tracks we’ve heard in a while, yet its chilled-out drone would probably be best enjoyed in a miasma of green smoke. It’s a fine performance, and though sparse in number those still in attendance are soon transformed from hangers-on to the lucky few for having witnessed it.

Afterwards we caught up with the band, and we asked guitarist and co-songwriter Mads Gräs how it felt to return to Liverpool, as city with a growing and historic psych scene. He said ‘It’s great to be back, we loved playing psych fest last time and we always feel really at home here- the local fans are always friendly and you can tell they’re passionate about the music they love’. And would they be playing next years Psych Fest if asked? ‘Of course, it’s a festival that is getting bigger every year and one we look forward to as well’. 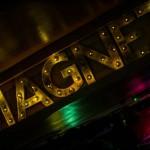 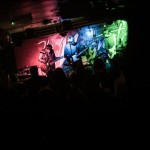 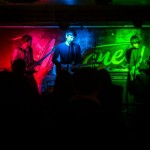 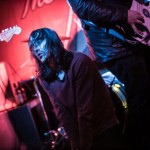 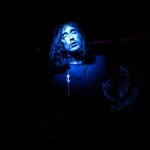 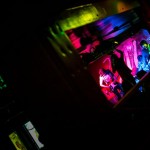 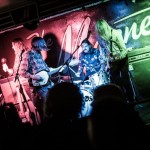 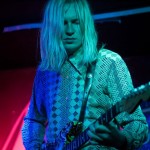 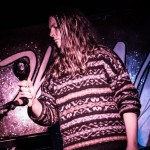 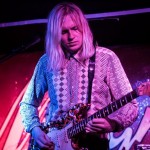 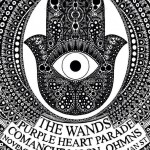