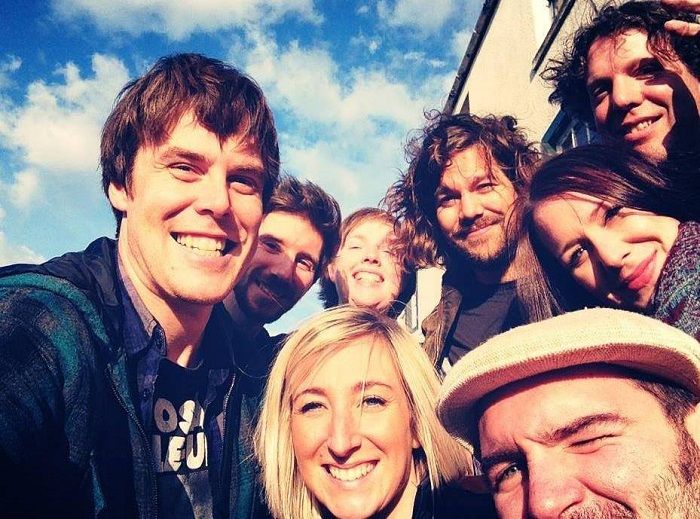 You could be forgiven for thinking that Cumbria isn’t exactly a hotbed of new music. If it is, there certainly hasn’t been any obvious examples that have trickled down from the lakes to the rest of us in recent years. Wild Beasts are probably one of the only real notable names to fly the Cumbrian music flag on a national scale for a while.

Something could be brewing though. Kendall Calling festival is growing year on year to become one of the favourites on the summer circuit, and big names are being attracted to the area. On this evidence, it certainly seems like something is beginning to happen.

One band to emerge from this is mylittlebrother, a whopping eight-piece whose 60s inspired folk pop is beginning to make waves around the country. Having released their debut LP If We Never Came Down in the summer of 2014, they’ve received glowing reviews from the likes of 6 Music and Louder Than War, and with the gigs lined up in 2015 seeing them begin to branch out around the country, they’re a name we could be hearing more from in the coming 12 months.

Their sound takes clear influence from 1960s American folk acts such as The Band, but with a modern pop feel. Lovers of Life, Unite, the opening track from the album is a piano driven folk stomp, smothered with warm Crosby, Stills and Nash vocal harmonies.

One of the most enjoyable aspects of the record is the dynamics and variety of tracks that make it up, with more upbeat pop numbers such as Gold and My Hypocritical Friend working as a perfect contrast to the delicate, almost bare and emotional sounds of Over The Hill. Instrumental track Slow Dance has a real Fleet Foxes feel to it, with angelic vocal ‘oohs’ and ‘aahs’ blended with a meandering guitar line.

With the album having been released almost a year ago now, hopefully there is more new music in the works. Now small shows are being announced around the country for throughout 2015, we hope Liverpool will be one of the stops.