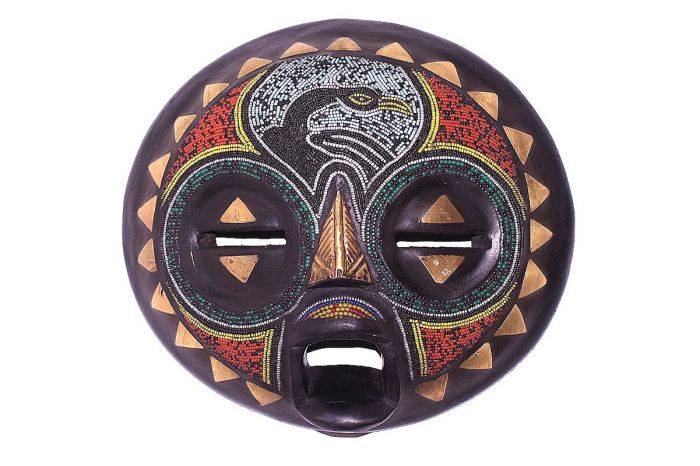 As Liverpool attempts to combat the bitter January cold with a double helping of Afrocentric electronica, Getintothis’ Josh Ray brings you ten of his favourite African-inspired electronic tracks.

With the first instalment of Kolours having taken place at The Kazimier Rat Alley last Thursday and a hotly tipped live show from Clap! Clap! at Constellations set for this week, it looks like we might be witnessing the start of something in Liverpool, something representative of a much larger worldwide movement.

Having started to make waves in western music over 15 years ago, African music began to grow when remixes started surfacing from a few in the know producers. They were still far too thin on the ground to gain enough traction to create any kind of scene, but over time as more and more started delving into rich and virtually bottomless African crates – the premise started to gain momentum and scenes started springing up around the world.

And now as it appears Liverpool might be ready to embrace the movement, we have compiled a list of the best Afrocentric Electronica. From dusty hip hop beats to driving disco edits, diazepam trip hop adventures to frenetic forays into footwork, the possibilities are endless but the final product is always FIRE!

It was inevitable that this list would include a track from the Madlib Medicine Show. In each instalment of the 15-part mix-tape series, Otis Jackson Jr. captures the energy of a certain country, scene or moment and filters it through his hazy hip-hop studio, stopping off in Africa with a 37-track mix-tape for the series’ third volume Beat Konducta in Africa. With an easy swinging post-Dilla bass propping up a scratchy deep funk groove, Frontline (Liberation) stands out from the bunch.

But wait… Madlib has a little brother? And he likes feeding African records through his sampler too? The end result is far separated from his brother’s work, however. Digging his way through Addis Ababa’s rich jazz and funk scenes of the 1960s and 70s in Dr. No’s Ethiopium, Michael Jackson forges them into a distinct squelchy boom-bap sound. Unlike many of the other tracks, which feature only angular segments of the original tracks, Luke Joint preserves the essence of the original, instead just contemporising it for the modern club.

Musicians don’t come much quirkier than Xavier Thomas. Emerging with his first album in 2006, the Parisian producer has built his reputation on a steady stream of wacky productions, feeding off various world sounds to create ghetto bass, glitch and electro club bangers. Pairing a chopped Yoruba female vocal with the catchiest of highlife melodies, beneath a chomping rhythm, I think it’s fair to say that Débruit hit his finest form in his third EP Spatio-Temporel with Nigeria What?

Signed to David Byrne’s world music label Luaka Bop, Congolese-Belgian polyphonic songstress Marie Daulne AKA Zap Mama merges hip-hop and soul with an Afro-pop influence. Having lost her father during the 1964 Simba Rebellion just a few days after she was born, Marie’s family fled the Congo, finding residence in Belgium. Life was tough growing up but she used music to transcend her underprivileged background and now rubs shoulders with the likes of Erykah Badu, whilst garnering remixes from no other than Carl Craig.

Out of Berkeley, California, production trio Afrodisiac Soundsystem made a lot of noise back in the mid-noughties with their Afro Heat edit compilations, eventually leading them to winning a slot on the first official Bob Marley remix album Roots, Rock Remixed. Mashing up Rhythm Roots All-Stars‘ cover of Fela Kuti’s J.J.D. (Johnny Just Drop) with some rough and ready disco-funk, it’s easy to see why.

When the two legends of house “Little” Louie Vega and Kenny “Dope” Gonzalez took on twelve minutes of Fela, the results were staggering. But add the dab hand of Dimitri to the mix and you’ve reached perfection.

When Soundway Records opened up their Ghana Soundz compilation to remixers, Quantic was an obvious choice. The original infectious disco groove from one of Ghana’s finest musical innovators The Ogyatanaa Show Band was already as close to dancefloor ready as a seventies recording can get, so Quantic didn’t have to do too much. Just speed it up, extend the groove into deeper, dubbier territory and throw an unforgiving beat on top. Job done.

Melding an array of African samples within the extremely club-oriented framework of footwork and bass music, Christiano Crisci may have catalysed something very exciting under his Clap! Clap! pseudonym. Tipped by the likes of Gilles Peterson and Solid Steel, 2014 was an impressive year for Christiano, unsurprising then that his debut Tayi Bebba cropped up relentlessly on the end of year lists. You’ll see exactly why that is when you listen to this collaboration with Black Acre label-mate DJ Khalab.

Another release from Black Acre and yet more proof that we’re witnessing the beginnings of a new musical movement. Like Clap! Clap! Romare’s Meditations on Afrocentrism builds frenzied bass music around African samples but diverges with a stronger focus on rhythm and a much more organic sounding end product. Coupled with a mind-bending video, I Wanna Go (Turn Back) builds a complex rolling rhythm around a chopped vocal, growing increasingly frantic until a decaying synth provides a short-lived respite before becoming entangled in the resumed mayhem.

Having worked together for a track on the Black Voices EP in 1999, it became clear that French trip hop producer Doctor L and Fela’s right hand man Tony Allen needed to create an album together. Under the guise of Psyco on da Bus, the pair – joined by a whole host of other innovative musicians – take the influence of Allen’s Afrobeat past and feed through the mellow electronics of Doctor L. The end result is bliss.

Like what you heard? Then make sure you get yourself down to this: