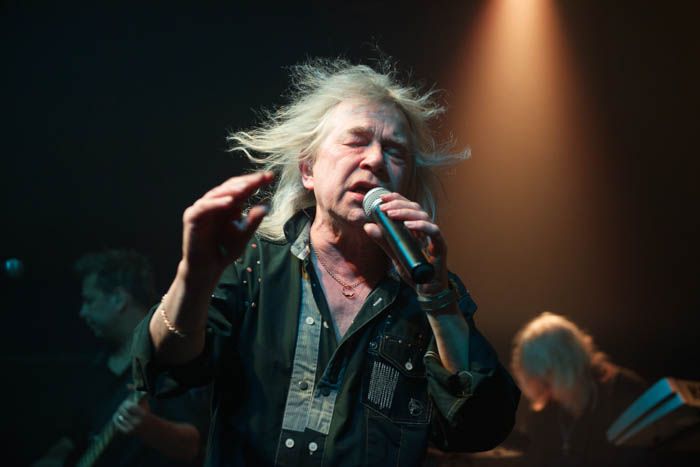 As rock relics Magnum perform in Liverpool, Getintothis’ Shaun Ponsonby finds himself feeling like the coolest person in the room.

Let us get one thing straight: this is in the running for the lamest place we’ve ever been.

Magnum are kind of like a poor man’s…well, everything. If an under par Marillion put an under par Ronnie James Dio on vocals and they wrote just about average material together, you’d have a close approximation to Magnum. Except they’re more pompous than that.

Their initial run was from 1978 to 1995. Then, for some reason they got back together in 2001…because…we dunno. We doubt their style was back in vogue? Well, no, far from it. Have they ever been in vogue?

And, just as an aside, it’s not often that this insecure writer has felt like the coolest person in the room, but that was certainly the case here.

So, you can imagine how we’d expect to go along and cringe, then produce a snarky piece about this sad band from the 80s who should probably give up.

To begin with, the feeling was vindicated. There was some cringing. Technically speaking, they were proficient, and in fairness frontman Bob Cately sounds pretty much as he always has. But the whole thing seemed to belong in a different time and place. A bit like we went back in time with a faulty flux capacitor.

But credit where credit’s due; the most striking thing about the whole gig wasn’t the band so much as the crowd. It’s been a while since Getintothis has witnessed such an enthusiastic response from an audience. For once, there were no dicks. No musical tourists there to gab while the band was playing. The only people there were people who really, really like Magnum. Because who the fuck else would go to see Magnum (other than smart arse reviewers, obviously)?

In fact, the love in the completely unselfconscious crowd meant that by the time they got to the set closing Kingdom of Madness, we were smiling with the rest of them. In a way, the whole affair was so ridiculous that it was hard not to just give in to it. Like Meat Loaf.

We can scoff all we like, but their audience love them. In fact, the band seemed a little taken aback at the response at the end of the gig, with bass player Al Barrow mimicking putting his hands on his ears to drown out the sound.

Fair play. We can’t say we were won over, but they did at least make us smile. Eventually. 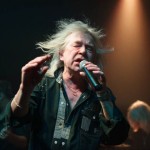 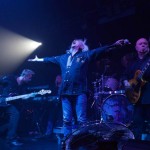 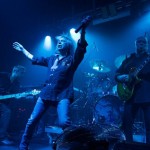 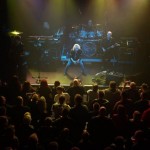 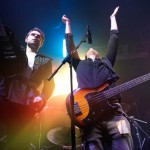 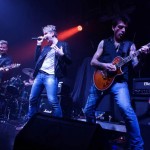 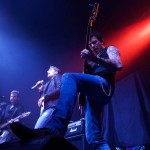