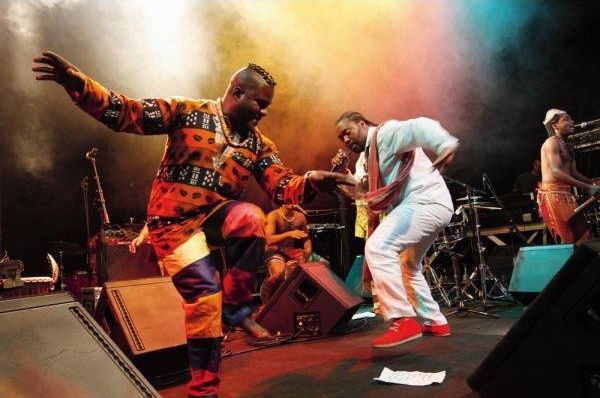 Globally acclaimed acts BKO Quintet, Omar and Lindigo will form part of a stellar line up for the UK’s largest free African music event. Now in its 23rd year the festival will be held on 20th – 21st June and will see Sefton Park transformed once again into the famous Oye Village.

As always, the village will feature salivating food from across the globe, energetic DJ sets as well as popular dance classes and workshops.

Confirmed to appear in the first wave announcements are BKO Quintet. The established five piece grew up surrounded by the music and culture of their ancestors – influences and traditions which they continue to combine to create a new kind of contemporary Malian music showcased in their latest album, Bamako Today.

Getintothis favourites, Ibibio Sound Machine, who’s self-titled album was in our top 100 of 2014, also join the eclectic offerings on offer.

Bringing a credibility to the bill that only he can is British neo-soul leader Omar. With 20 years experience and an MBE for services to music to boast, Omar‘s impressive career has seen him work with many musical legends including Stevie Wonder and Leon Ware.
Although he is widely remembered for his 90’s track There’s Nothing Like This we’re fully expecting Omar to cement his reputation as ‘the father of neo-soul’ with a two decade spanning set including material from 2013’s The Man.
Since forming in 1999 boundary breaking troupe Lindigo have established themselves as one of the most popular musical outfits in Réunion Island. Fully committed to keeping creole-culture alive and well, Lindigo combine trance-like rhythms and impressive physical performances to push the limits of musical performance, trust us, with well over 250 performances behind them, you won’t want to miss it.

Last year, Africa Oyè attracted crowds of around 80,000 and went on to receive the 2014 GIT Inspiration Award. With its reputation growing year on year only the sun needs to show up to make it one of the best weekends of 2015.