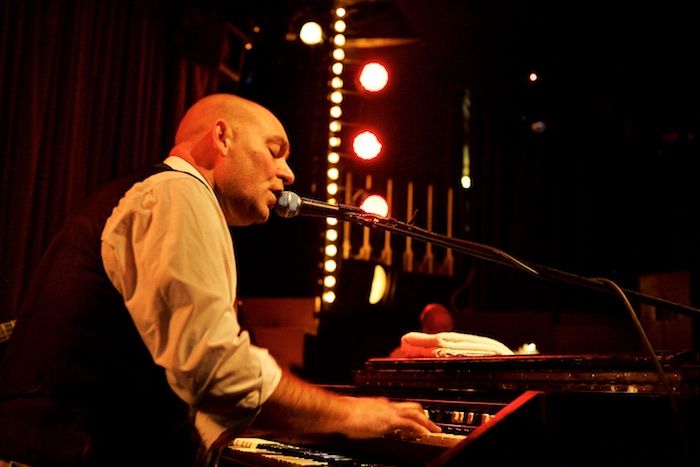 After the Liverpool International Jazz Festival kicked off in style with GoGo Penguin, it was left to an array of others to try to keep up the momentum throughout the weekend.

First up on Friday night was Troyka at the Capstone Theatre. The three-piece had more of a 70s progressive rock vibe about them than traditional jazz, particularly early Emerson, Lake & Palmer or Yes. In fact, former Yes drummer Bill Bruford’s project Earthworks sprung to mind in particular.

There didn’t appear to be a setlist, with the band seeming to work it out as they went along. When guitarist introduced a piece they’d never performed live before, guitarist Chris Montague drolly announced “it could all go wrong, but you’d never know. That’s the beauty of this band”.

Overall, the set was enjoyable, but perhaps at just under 90 minutes, around the right length. Perhaps a little more would have been overkill.

Afterwards, much of the crowd made their way to the Caledonia to catch the Marley Chingus Jazz Collective. It’s a shame they were performing in a bar for the festival and not in one of the main venues. They probably played the kind of jazz that most people were expecting to hear.

Saturday saw the Dennis Rollins Velocity Trio take to a near capacity Capstone in what was probably the most authentic set of the main events. Rollins has played with the likes of Maceo Parker, and clearly the kind of easy showmanship and charisma that he could have only learned playing with a James Brown, a George Clinton or a Prince has rubbed off on the Velocity Trio’s trombonist. He managed to look cool when doing even the most mundane of tasks.

Mixing it up stylistically significantly more than the rest of the bill, the trio were the first band of the whole weekend to put funk behind the music, with selections from their 2011 album The 11th Gate – Samba Galactica being a particular highlight –and soon-to-be released new material.

They were also playful with covers, playing full versions of Pink Floyd’s Money (complete with flexi-tone solo). And if we had to make a list of things we expected to see at the Liverpool Jazz Festival, a Bette Midler cover probably wouldn’t have made the list. And yet, two and a half hours after they first took the stage, Rollins’ trio finished with a simple take on The Rose.

Engaging, fun and infectious, not to mention technically flawless, it’s no exaggeration to say they pretty much stole the weekend.

Sunday night at the Kazimier began with French pianist Jacques Malchance. He made the strange decision to sit with his back to the audience playing around half an hour or so of his own instrumental pieces without any kind of break. The audience were patient until around the 10-15 minute mark when the disconnected chatter began to gain momentum. It felt more like he was playing to himself than it did an audience.

The James Taylor Quartet were unfortunately down to their core foursome, meaning that instead of giving us a tour of their acid jazz years, we get what appears to be a Booker T & The MGs hand-me-down, a concept not helped by them covering Time Is Tight and Green Onions (the latter of which did at least result in a fun crowd singalong to the iconic instrumental). Lack of vocalist or horn section also meant some of their excellent 90s singles – such as Love Will Keep Us Together and Europa – were either missing or felt a little flat.

Although they may not have hit the kind of groove they have been known for in the past, they did at least provide one of the most energetic sets of the festival, and by the time they dropped a version of The Beatles’ Got To Get You Into My Life, most people in the Kazimier were dancing. It was hard not to feel it was a wasted opportunity though.

By the close of Sunday, the festival gave us a wide scope of jazz and jazz-influenced music and as it builds in reputation, it will be interesting to see what it goes in future years. 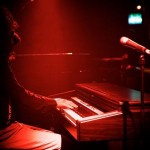 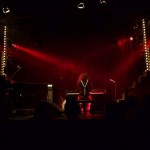 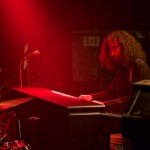 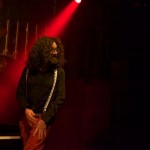 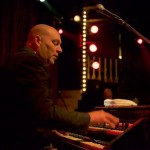 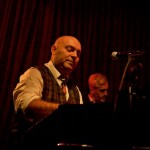 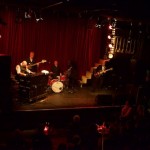 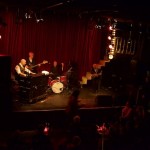 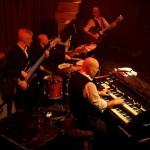 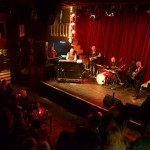 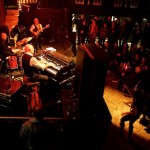 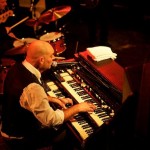 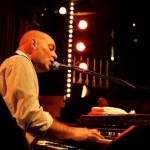 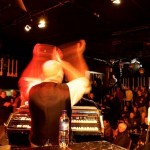 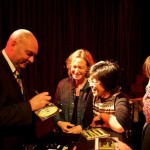 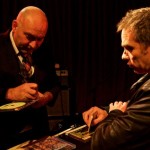