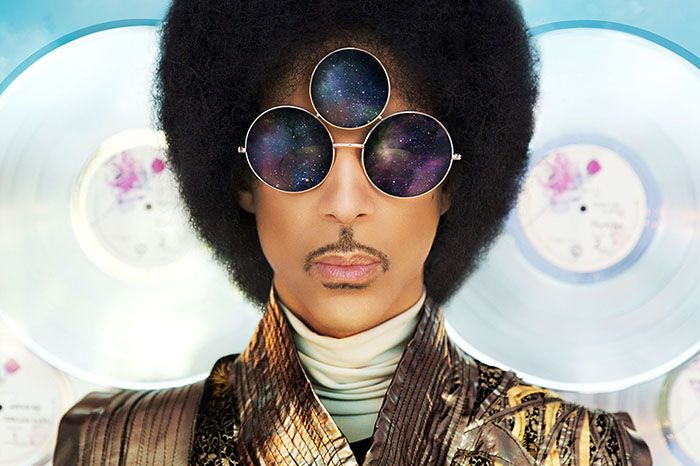 Prince is back with two new albums

Prince is a genius. Occasionally, you’ll say that to people and get funny looks.

There’s still so many people out there who lump Prince in with Michael Jackson and Madonna as a lip synching entertainer who had hits in the 80s with a conical bra (We’ve never actually seen Jackson wear the conical bra, we’re just assuming he did at some point).

But other than reaching commercial zenith in the 80s, he has nothing in common with them. Compared to Jackson’s four, Prince released nineteen studio albums between 1978 and 1996. For the most part, he wrote, produced, sang and played these albums all on his lonesome.

After he and Warner Brothers (his label at the time) went through their painful public divorce, The Purple One – then known as an unpronounceable symbol – disappeared up his own arse, and then disappeared completely as far as the public were concerned.

For a while it seemed as if people were surprised to hear he was still making music, and were often indifferent when they heard it. Kind of like The Simpsons today; they still make new episodes, but nobody really cares when you can watch Kamp Krusty.

But he was quietly releasing music through his website, a practice he pioneered. He made instrumental jazz albums, solo acoustic albums, spiritual concept albums. He did tours for his core audience without playing the hits. He seemed content to work the rest of his days this way.

Then he had one of his infamous unexpected gear changes. He had his first US #1 album since 1989, performed at the Superbowl, sold out twenty one nights at London’s O2 Arena, became the first artist to give away albums for free in a newspaper. Then…without warning, he just slipped away.

The longest silence since the time between his birth and debut. He performed occasionally (including a return to Britain at the Hop Farm Festival in 2011). Once in a while he would drop a new song out of the blue. He appeared on Janelle Monae’s excellent sophomore effort The Electric Lady.

But there was no feeling that he was gearing up for anything. He was just coasting. And why shouldn’t he, damn it? He’s earned it.

It felt like he’d lost his mojo anyway. The man who made Sign “O” The Times could have made 2010’s imaginatively titled 20Ten in his sleep, and it felt like he did. He sounded so bored. What is a genius without inspiration?

Last year he started playing with an all-girl power rock trio dubbed 3rdEyeGirl and promised a new album; Plectrumelectrum. He came back to the UK and performed secret shows in London and Manchester, where we were treated to three hours of funk ‘n’ roll that rivalled only George Clinton.

He seemed rejuvenated with his new set up. The album was finally released last week (unexpectedly on Warner, the label he battled so bitterly with in the 90s), simultaneously with the solo record Art Official Age.

Thankfully, the time off has done our hero good! He definitely got his mojo back. A lot of this may be down to his collaborators, 3rdEyeGirl does feel like they are bouncing off each other. It’s a band more than the billionth line up of the regular NPG would be.

Similarly Art Official Age features a co-production credit for Joshua Welton, husband of 3rdEyeGirl drummer Hannah Ford. He seems to be in a collaborative mood, and it’s paying off.

Plectrumelectrum’s opener, WOW, is a mid-paced psychedelic bluesy jam that almost takes the loud/quiet/loud approach of the Pixies and Princeifies it. It is by far the most affecting album opener he has had since 3121. It has you hooked immediately.

Of course, not everything is that strong. Prince has always had some filler. How else can you explain Controversy’s dated Ronnie Talk To Russia? Take Boytrouble – a funk work out rapped by Minnesota hip hop artist Lizzo. It’s not particularly bad, it just doesn’t fit the rockier aesthetic of the album.

Juxtaposed with tracks like the metallic punk rock of Marz and the dreamy psychedelia of Whitecaps (sung by Ford), it almost sounds like you’ve dosed off and woken up in the middle of another album.

But we doubt it would have fit on Art Official Age either. AOA is probably the album Warner wanted from him. Contemporary – Prince style. Opener Art Official Cage (the “C” isn’t a typo) even starts to fall into EDM, in a borderline clichéd way.

Clouds starts as one of his sexiest jams in years with the repeated lyric; “you can never underestimate the power of a kiss on the neck, when she doesn’t expect a kiss on the neck”, and then becomes a bizarre introduction to a loose album concept that occasionally has Lianne LaHavas portraying a doctor treating “Mr Nelson” as he awakes from forty five years in hyper sleep.

The Gold Standard is the sole funk work out, and harks back to the type of cut that might have been written around the time of The Black Album.

Sadly, somewhere after the glory of if-it-was-recorded-by-a-20-year-old-it-would-be-a-hit ballad This Could Be Us, it starts to get a little sour. Perhaps there are too many slow jams. Replacing the meandering Time with earlier download Groovy Potential may have served the second half well.

But taken as a whole, these two albums visualise Prince’s genius. Not because they’re his best albums, but because they are two records for two completely different audiences, whilst feeling natural and authentic. And that’s the thing with Prince; his career has been so prolific and eclectic that you’ll be hard pressed to find anyone who digs it all.

It’s common practice in these days of personal playlists for Prince fans to create their own album by combining the tracks they like from a particular era, but we have never seen two people pick the same tracks. Everybody has their jams, and they’re never the same as yours. Either he has made it impossible for his projects to be judged on their own merits, or he has given us the luxury of choice in the Prince we want to hear.

Like Bowie, Prince straddles two worlds. On the one hand, he is the superstar hit maker of the 80s and 90s. On the other, he is an underground experimental artist, pioneering internet distribution and playing all night jam sessions at a club near you.

These two worlds have next to nothing in common. Yet Prince somehow manages to find the balance by just being Prince.

Checking the charts this week, Art Official Age came in ahead at #8 , with Plectrumelectrum at #11.Slightly disappointing after the frenzy of the London shows in February. Maybe if the albums had been released in March, or he just released one album rather than two, we’d be looking at higher chart placings. Timing is everything, especially in such an artificial age (geddit?).

But maybe he’s happy with that.  He may even be busy working on a new project and already forgotten these two albums. Does a 56 year old genius care about #1s?

Either way, it’s exciting to be a Prince fan again. Welcome back, Your Purpleness! Get wild!