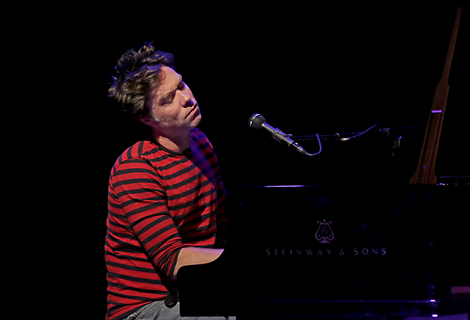 Baroque-popper extraordinare Rufus Wainwright’s newly announced UK tour will take him to the Liverpool Philharmonic this July, Getintothis’ Patrick Clarke has the details.

Opera-writer, sonnet-enthusiast, astoundingly-acclaimed singer-songwriter,  Rufus Wainwright has just revealed a string of high-profile UK dates with a night at Liverpool’s own Philharmonic Hall as his penultimate show.

It’ll mark almost exactly a year since his last appearance on Merseyside at the same venue, his return on Monday July 13 part of a newly-announced five-date tour of England and Wales.

The run follows last year’s release of Vibrate: The Best of Rufus Wainwright, a compilation of the finest cuts of his career, a lengthy one that began for the singer aged just 13, as part of the impeccably-named McGarrigle Sisters and Family, where he sung alongside his mother Kate McGariggle and sister Martha Wainwright, each of whom have impressive discographies of their own.

Since then Wainwright‘s overcome drug addiction, written an award-winning opera (with a second on it’s way) and released a raft of acclaimed albums, two-part project Want perhaps his zenith.

He can now add an App to his achievements, too, where fans can find ticket pre-sales, exclusive material and a chat function for any and all Rufus enthusiasts.

“I like that you just push one button and it all appears” says Mr. Wainwright, evidently enthralled by the whole affair. “It’s good to have everything in one spot…all your eggs in one basket, so you can make a big omelette of Rufus!”

Should you fancy your own serving of that operatic omelette this Summer, tickets are available now from the official Philharmonic website.