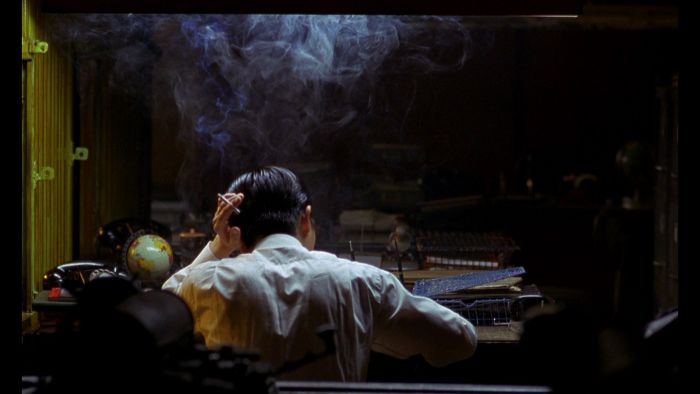 In the Mood For Love

Only two films made in this current century made it into Sight & Sound’s decadal best film poll in 2012. It caused some controversy in regards to the idea that, still, the dominant “canon” of white, European art-house films reigned in the critical consensus which, at least in the upper echelons of the poll, had changed very little since its inception in the 1950s. The first of these “noughties” films is David Lynch’s Mulholland Drive (2001); a seminal oddball of a film by a director of unquestionable merit. The second, however, showcases one of the few pieces of cinema made in China to be critically recognised in the west; Wong Kar-Wai’s beautifully hypnotic In The Mood For Love (2000).

It’s worth noting for brevity what an achievement this was for the film. Unlike say the critical appreciation for Japanese cinema (that had grown since early festival appearances of the likes of Kurosawa and Mizoguchi in the 1950s and 60s), China’s cinema has, until some very recent BFI programmed seasons, been absent from most critical evaluations of cinema as a whole. Outside of some martial-arts based films such as Crouching Tiger, Hidden Dragon (2000) and House Of Flying Daggers (2004), the discussions have been fleeting. It adds to the allure and overall power of Wong’s film which, as a cinematic object itself, has few peers.

The film focuses on the repression of two neighbours in a more affluent part of 1960s China, a bourgeois pair whose respective partners are hinted at having affairs with other people (and played marvellously by Tony Leung and Maggie Cheung). Through their quiet frustrations they form a friendship which, very clearly from the outset, desperately wants to evolve into something more. However, due to their emotional and sociological expectations, they are left as ghosts wandering around the streets and empty cafes searching for the fulfilment which is frustratingly right in front of them. In the director’s work as a whole, this theme of loneliness whilst in a relationship is a key point and one that crops up again and again in films such as 2046 (2004) and Chungking Express (1994).

What sets apart In The Mood For Love from its cinematic peers is its absolute patience with its direction; in many ways the film could be directed by either of the two characters as it has their graceful poise and desire to not rush into anything. Compare this with whole reels of the more populist end of cinema at the time and its prerogative for a melancholic slowness is all the easier to appreciate. The camera gently glides around the streets and back allies where the potential for the affair fizzes and meanders from day-to-day. The slow-motion shots, for which the film is famed, take care to frame the lighting of the area perfectly, casting shadows, tints and hues over meticulous period designs.

Perhaps most interestingly is how Wong approaches the music for the film. Even with the emphasis on the visual splendour and skill of cinematographer, Christopher Doyle, the music provides the real key context for the emotional progression and regression of the relationship. Each scenario seems to be loosely book-ended with a repeated waltz motif that was actually composed for an earlier Chinese film, Yujemi (1991). This waltz often accompanies the slow motion of the characters’ journeys to and from their meeting places as if they are effervescent; floating in the fantasy of their potential coming together but never quite solidifying. Most famously though is the string of popular tracks that litter the film, often taken from Nat King Cole’s Spanish albums. From Aquellos Ojos Verdes to Quizás, Quizás, Quizás, the lyrics play around with the viewer’s perception of the relationship; sometimes by providing commentary on it, other times by making it as confusing for the viewer as it is for the couple.

At the core of In The Mood For Love is an unrequited longing. The idea of a happy ending in a love story is one that generally undermines the complexities of the emotion and Wong’s film addresses this issue beautifully. Not only are the characters at odds with their own social and moral code but, essentially, they are unaware as to their own purpose in each other’s lives. To provide some context, this was the same year that produced love stories such as Meet The Parents and What Women Want; films where the complexities of relationships are easily resolved within 90 minutes. Everything that is thought and felt by the characters of those films is spoken, rendering their words meaningless. In The Mood For Love is built on the exact opposite premise as its characters cannot speak of their feelings at all, the gaps of silence between the words rumble with frustration.

Perhaps most strikingly, In The Mood For Love captures the isolation that feelings can create especially when communication is reduced to either small talk or no talk at all. In the age of decreased occasion for actual discussion and human contact, where words are seen on screens and heard through speakers, the film oddly speaks to the modern day restraint that we are naturally forced to conform to by the actual technology we use. The fact that Wong caught this aspect in a film made fifteen years ago and set over fifty years ago is a testament to its universality; the melancholic truth that loneliness is biting but can enrapture us even when accompanied by the people we care about.

In The Mood For Love screens at Cornerhouse in Manchester on March 14.