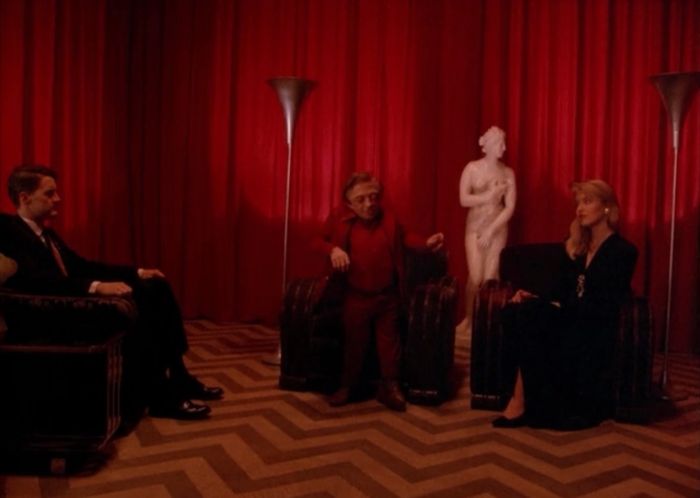 As David Lynch confirms the return of Twin Peaks, Getintothis’ Adam Scovell explores how the iconic series’ influence has crossed into the music world.

In a recent review of a band, whose name we fail to remember, a reviewer in Bido Lito sought to show the originality of the group by listing some influences “outside” of the usual. To do this, it also meant creating a list of the “usual” influences on Liverpool artists and musicians as well.

Though The Velvet Underground were a logical placement, we were at first struck by the mention of the other “usual” influence on Liverpool music; David Lynch’s first attempt at a TV series, Twin Peaks (1990-1991). There’s nothing so much unusual about this at first, especially in a time when musicians place just as much emphasis on their accompanying visuals and thematic ideas as their musical content.

After all, with the series’ recent announced return generating Twitter trends that lasted a week’s worth of consecutive days, there’s clearly a lot of all-round obsession with Twin Peaks. And yet, when actually considering what makes it such a go-to for upcoming inspiration, its position is typically odd even in our more audio-visual influenced landscape.

There’s little point in relating the detailed narrative thrust of the series; partly because it was frustratingly cancelled before any sort of conclusion could be reached, but also because it broke records for illegal downloads in its recent week of trending. In other words, if you haven’t seen it yet, you no doubt will before 2016 when it returns to the small screen.

At the heart of Twin Peaks is the murder of local prom-queen and supposedly good egg, Laura Palmer (Sheryl Lee). The town of Twin Peaks is a rural logging community, isolated enough from the vestiges of civilisation to produce enough weirdness for even Lynch’s high standards. However, all is not as it seems and FBI agent, Dale Cooper (Kyle McLachlan), is called in to investigate as some ancient, spiritual form of evil begins to grip the town and its folk. From this small synopsis, some aspects of its narrative perhaps begin to give clues as to why it’s such an accessible work for the more forward-thinking and innovative of musicians.

When Lynch created such a series, there were clearly a number of boxes he personally needed to tick. His filmmaking style (and style in just about every other art form he dips in and out of) is neatly surmised by the story of Peg Entwistle: a failed actress who committed suicide in 1932 by jumping off the”H” of the famous Hollywood sign. The story seems to me connected to Lynch because his main goal is to often realign populist American culture in order to show its darker underbelly; a reality that the American establishment dislike acknowledging is even there. If any elements in his work appear quaint or perhaps even knowingly cheesy, it’s simply to play along with the original form he’s using to show something more uncanny.

Twin Peaks is just another aspect of this interest though instead of looking at the dark heart of Hollywood (which he does in several films including Mulholland Dr. (2001) and Inland Empire (2006)), he’s looking at the more picture-postcard melodrama of American TV. In some ways, it’s basically a rural Dallas (1978-1991) but with added demons and Tibetan spirituality.

Another box ticked for Lynch within the series is its relation to music and what the power of music can actually do. This perhaps leads the argument back as to why it’s such an influence on musicians but there’s no doubt that Lynch is musically inclined himself.

After all, this is a filmmaker who’s last two main creative outputs have been albums rather than films (Crazy Clown Time in 2011 and The Big Dream in 2013). Angelo Badalamenti, Lynch’s long-time musical collaborator, provided the series’ musical motifs which vary in use but often have very specific goals. Some, like the more romantically inclined themes, are simply there to add to the previous element of American satire (something Badalamenti had been producing for Lynch since 1986’s Blue Velvet). Other musical themes are more interesting and complex.

Having dabbled in Tibetan thought and philosophy, Agent Cooper seems to be able to communicate with several spirit beings and can enter a mysterious dream room to help him solve the case (one of the series’ defining visuals and eventual narrative twists).

When these moments happen, they are often signalled by a sleazy, jazzy distance and some overwhelming sound effects, reminiscent of the soundscape work in Eraserhead (1977). The idea of these spiritual places actually having their own music is one aspect that we genuinely believe can be tied to its musical influence; no doubt half the bands in Liverpool would like their music to have such transformative powers. I’d argue that actually some of the best artists around already have attained such feats.

The final aspect of Lynch’s thoughts within the Twin Peaks world is his desire to inject eastern philosophy into what seems to be an overtly western world. Lynch wasn’t the first to do this, though is one of the first to do so under the guise of a populist western form (for examples outside of this norm, see Alejandro Jodorowsky’s 1973 masterpiece, The Holy Mountain, which genuinely has the power to melt just about any preconceived notion about art and belief or even Wojciech Has’ The Hourglass Sanatorium from the same year).

Cooper is obsessed with Tibet and uses several of its thought techniques to help with the case. Whilst watching the series recently, we were lucky enough to be reading alongside it Alexandra David-Néel’s superb account of Tibetan Magick, With Mystics and Magicians In Tibet.

The thoughts of the book meant that many of the darker elements in Twin Peaks began to genuinely resemble accounts of demons and it’s clear Lynch wanted to bring out such ideas; that outside our cosy western obsessions with the economy and materialism is the potential for something more ancient and almost pre-historical to brush these trivialities aside.

Yet this isn’t the final element that connects with music, at least in this simplified write-up of what is an endlessly complex and unfinished narrative work. The town of Twin Peaks appears to be governed by two polar but unseen forces; those of The Black and White Lodges.

Lynch spends time messing around with more surface and aesthetic problems such as betrayals and schemes towards money, but it is the magical and the unknown that has true power of the town and its owls.

The idea that something unseen and elemental is present and only hinted at works as a perfect creative metaphor for the best of music whether from Liverpool or elsewhere; there is always something deeper going on when we listen and the very best of musicians know how to hint towards something more powerful underneath their melodies, whether it be the darkness of the demonic “Bob” or the spiritual cleansing of The White Lodge.