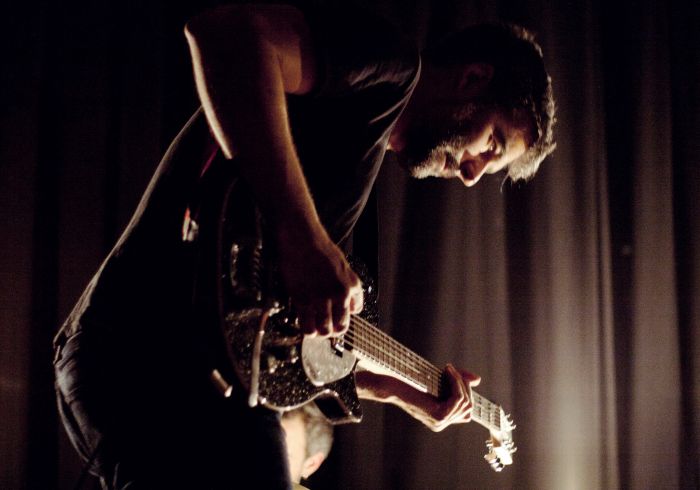 As Timber Timbre hit Leaf in support of new release Hot Dreams, Getintothis’ Will Neville was present to feel the heat.

Timber Timbre’s new album has broadened their trademark sound, with singer Taylor Kirk’s arboreal voice calling to mind singers like Bill Callahan and Stuart Staples. The rest of the band were his long-time colleague Simon Trottier with his very sparkly guitar, Mathieu Charbonneau on keyboards and drummer Olivier Fairfield, although they all add a variety of sounds to the affecting, cinematic palette on record.

Their usual black and white design aesthetic was converted into a dark red stage presence, with very little lighting and a lack of tolerance for any photography. This gloomy set made Kirk appear somewhat like a cross between The Gun Club’s Jeffrey Lee Pierce and Francis Dolarhyde in Manhunter.

They soon hit their stride with Beat The Drum Slowly and Bring Me Simple Men from the new album, continuing the lyrical hunting theme of the latter by then playing Lonesome Hunter from Creep On Creepin’ On, one of several tracks to emphasise the key role played by the keyboards in their mesmerising sound.

They hit an almost rockist note when performing Until The Night Is Over from their eponymous third (and first widely available) LP, with further highlights including Black Water and Bad Ritual from the fourth disc, the driving surf guitar of Timber Timbre’s Magic Arrow and the new release’s This Low Commotion. 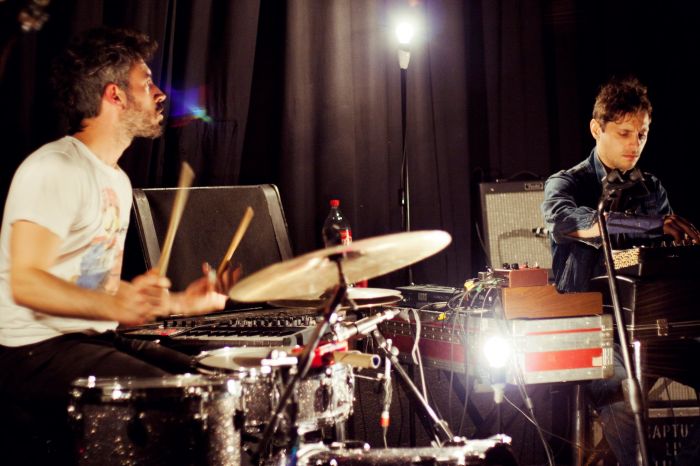 The biggest crowd favourite was certainly the title track from their latest album, with the opening lyrics slightly amended to “I wanna dance with the Liverpool women”, with two gentlemen striding to the very front to somewhat clumsily sway together, before one of their female friends stepped in to make things ever so slightly more fluent.

After an hour, Kirk said the band’s farewells and then they segued immediately into an encore, saying it was “too hot to pretend” otherwise. The delicate, mostly solo Run From Me from Hot Dreams battled above the crowd noise before the show climaxed with the furious end to Trouble Comes Knocking from the eponymous album.

Support came from Last Ex, who are actually two fifths of Timber Timbre themselves: Trottier on guitar and Fairfield on drums and occasional programming. His multi-tasking even including continuing to keep the rolling, jazzy beat while keeping a spare stick tucked under his armpit.

They played to a polite, attentive and increasingly packed audience, who appreciated the experimental, instrumental sounds that meandered around. A high point was the tune that featured Trottier’s guitar sounding uncannily like a mosquito, bringing to mind a more extreme version of Wire’s I Am The Fly. There was a hint of The Shadows in their music as well, before they closed with a final, queasy number.