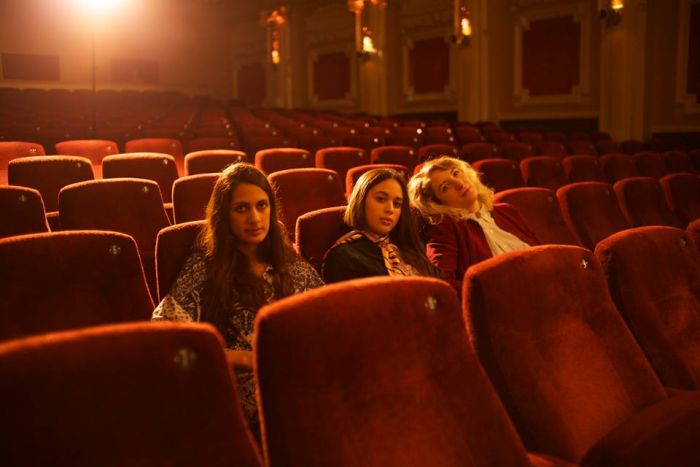 It’s all things London in this week’s Unknown Pleasures, with Getintothis’ Patrick Clarke uncovering some of the capital’s most colossal new voices.

Out on RIP Records next week, the track sits in a low-key, resolute rhythm, Rhapsody Velasquez leads a delicious intertwine of detached vocals, a lyrical drift that’s entirely enticing. Hinting at dub, art-pop and more in their cornucopic swirl, the South London outfit have tour dates to be announced. We can only hope they’re coming our way.

All the more enchanting still is fellow Londoner Anna B Savage, though where Peluché are all dovetails of texture, Savage‘s latest track, simply titled 1, unravels on the point of a pin, a gradual acoustic rise to a colossal burst of enormous, feedback ridden emotion.

Yet another example of commanding female vocals at their best, as well as another London outfit, Landshapes‘ self-proclaimed ‘wonky pop‘ hits with a fire and ferocity that the queens of post-punk Savages would be proud.

Bella Union signed, their most recent cut Stay comes from upcoming sophomore LP Heyoon, which we’re promised by the label is set to explore “a 17th Century tale about migratory space geese; tragic Dutch artist Bas Jan Ader who died on a failed Atlantic crossing, the desire to inhabit another’s psyche and nights out at drag bars.”

Intriguing, it’s safe to say, and time will tell if the foursome’s grandiose gothic concepts come good. For now we can be more than content with a propulsive example of opaque alternative