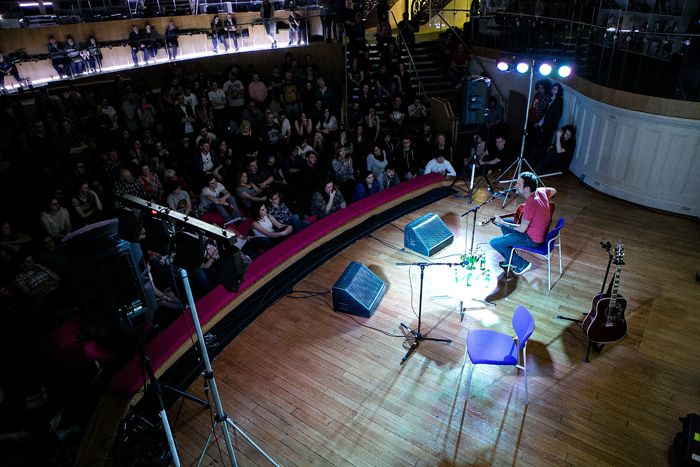 Frank Turner is the latest musician to bring the Loud n Libraries campaign to Liverpool, Getintothis’ Tom Adam presents a selection of images from the evening as Gaz Jones reports.

We’ve come to love shows in Liverpool’s Central Library, they’re different to your average gig. For starters everyone is sat on the floor, so we’re no longer stood behind a bloke who makes Peter Crouch look like Ronnie Corbett.

In seriousness though, there’s a chilled out feel to these events. No crazy mosh pits, no groups of school girls at the front or gangs of lads downing pints at back. No, it’s a relaxed feel in which everyone enters a harmonic state almost of tranquility.
Tonight it was host to the ever-impressive Frank Turner (minus the Sleeping Souls). To anyone unfamiliar with Frank’s work this would have acted as quite the eye opener as many seemed to be surprised to see the impressive extent of his cult following, growing with each record release including his most recent sixth album.
The evening consisted of an hour of talk surrounding ‘life on the road‘. We heard how “Russell Brand is a twat who should read books” and that “music journalism is also an art” (look at us ma’, we’re artists!)
Frank also obliged in talking about his first ever tour and how it gave him the hunger for the life he now leads. He even discussed in great detail how life on the road affected his love life (we’re not gonna tell you anymore, read the book!).
A short Q&A followed in which he was asked predictable questions about his style of music and meanings of his tattoos before the night ended with an acoustic set from the self proclaimed “Annoying guy playing guitar in the corner of the party made good“. He played a song from each album including the popular Good and Gone, finishing on Queen’s Somebody to Love, a great singalong to end an intimate event.
Judging by the queue to see Frank and get his book autographed, quite a few in the audience had found somebody to love.
Read Getintothis‘ report from when Young Fathers played Skelmersdale Library here.
Photos by Getintothis’ Tom Adam 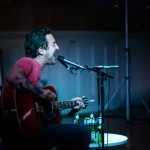 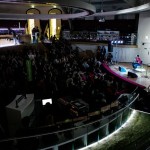 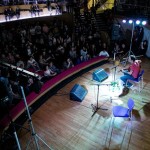 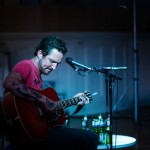 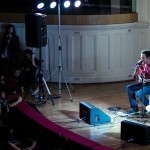 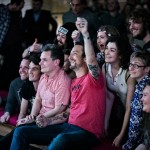 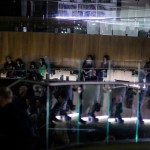 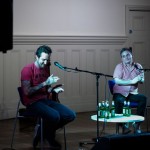 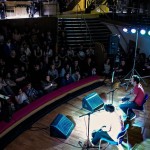 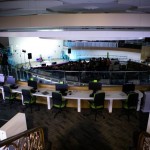 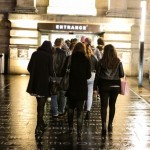 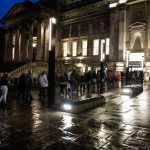 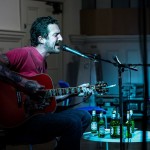 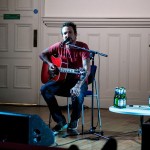 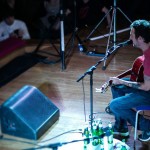 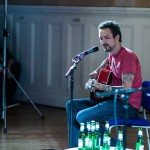 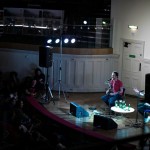 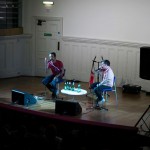 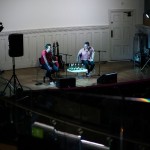 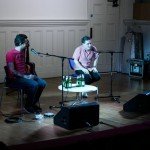