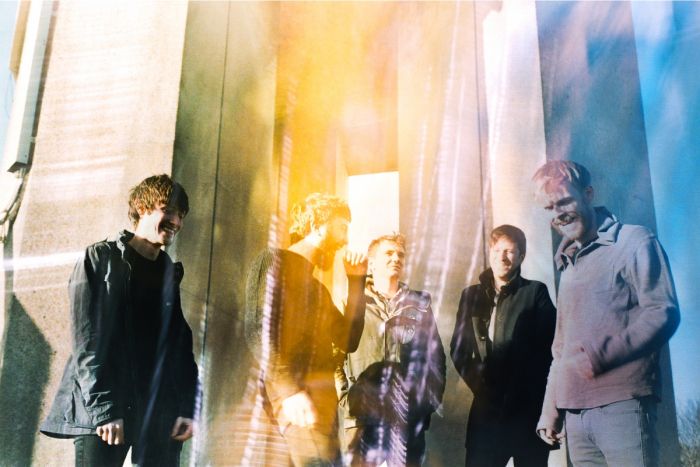 As rising Liverpool quintet Cavalry reveal their latest track, Getintothis’ Patrick Clarke has the video exclusive on An Understanding.

Introduced to the group by a mutual friend as a greenhorn student blogger, Cavalry have since become one of those bands this writer can feel as though they’ve somewhat ‘got to know’. Whether or not they themselves would agree with that sentiment is another matter of course, but at the very least as a man among the throng at a number of their live outings across Liverpool there was one song that would always stick out.

That song was An Understanding, a striking sweep of driving acoustics and swooping vocals in faultless harmony – the fresh, momentous pinnacle of a set far from short on its strengths.

As great as Leaves and Lament, the group’s first two full recordings were, there was always an underlying knowledge of there being an extra ounce of firepower from the band’s live arsenal to bring to the studio, and it was with naturally high expectations that we saw their showpiece at long last slip into our inbox.

Thankfully any fears of a damp squib are allayed within seconds as a shortlived buzz of bright synth ebbs immediately towards the familiarly hoarse-yet-tender vocal of an on-form Alan Croft. Backed by candid solo guitar he’s soon bolstered by the weaving melodics of his group, and the band slip seamlessly back into their much-missed groove.

This is not quite business as usual, however, despite their regular heights being more enticing than most, and such reduction overlooks another step-up for the five-piece. In production, particularly, the layered, measured emotion ready to dovetail into crescendo at any moment comes across clearer than ever, each level of texture given room to breath without intruding on the song as a single passage.

The accompanying video, premiered below, is an adequate match for the song’s midnight timbres, enigmatic shots of raw emotion veiled by kinetic layers of light.

An Understanding is the sound of Cavalry continuing their ascent, raw but never grating, slick but never dull, they’ve seen no blunting of the passion at the heart of their sound, and instead of faltering to increasing expectation have done nothing but raise the bar again.

The band are also set for a return to live performance in the coming months, performing as part of BBC Music day on June 5th and at this year’s Wirral Farm Feast. The group’s upcoming slot at Sound City later this month also made our top 10 picks of the best Merseyside bands to catch this year.