In the aftermath of the huge outpouring of critical respect for Kendrick Lamar’s album To Pimp a Butterfly, Getintothis’ Jimmy Coultas looks at the importance another crucial contribution.

Kendrick Lamar’s third album To Pimp a Butterfly has been released now for little over a month, the world collectively losing its shit ever since. It’s hard to think of another 21st century hip-hop album which has resonated with the masses allayed with such considerable political gravitas, with Lamar exploring the reality of being an Afro American at a point in time where racial tensions in the country are at a thirty year high.

While the contributors towards the opus have been the source of discussion for many since it was unleashed, much made of the musicality of the release and the disparate sounds on the production, five other rappers rock up. Three of those – Pete Rock, Pharrell Williams and a vaguely out of breath Dr Dre – are really producers with a brief cameo, whilst Snoop Dogg brings his vocal melody to a hook. Only one other emcee actually delivers a verse.

That starlet is Rapsody, who contributes to the same track (Complexion, below) that Rock delivers the bridge for. Whilst undoubtedly a talented emcee she’s a low profile selection for Lamar to enlist, especially as on his previous LP good kid m.A.A.d City he utilised a variety of cameos, including Drake with the all-star co-sign, MC Eiht the veteran’s viewpoint and Jay Rock holding down Kendrick’s crew, TDE. Nevertheless it’s one that embodies a lot of what is great about To Pimp… and adds to the legacy of the value of other people spitting on your records in hip hop.

The guest verse has a cultural resonance that’s hard to compare with other forms of musical collaboration, largely down to the competitive spirit that underpins the genre. This isn’t the same as Lennon and McCartney egging each other on; inviting someone to rap alongside you is an artistic decision that can deliver a number of consequences, and not always positive outcomes.

Rap is filled with guest’s verses delivering show stealing high points that belittles the others on the record; case in point Biggie Smalls eviscerating everyone else on the remix of Craig Mack’s Flava in Ya Ear (something we have visited before on GIT in our analysis of Ready to Die). Lamar himself started his ascent to greatest rapper alive status with his contribution to Control, an unreleased Big Sean track which saw the emcee claiming to be the King of New York and calling out his luminaries in a deft combination of love in and competitive spirit. Search that song on YouTube and the verse by itself features almost as prominently as the recording.

Over the years these sort of moments have been the introduction superstars have made to the world at large; Redman ripping through the mic on EPMD’s Headbanger, Dr Dre unleashing a young Snoop Doggy Dogg with  Deep Cover, and perhaps the greatest guest verse of them all from Nas, who announced his prowess as an emcee on Main Source’s Live at the BBQ. The then seventeen year old rhyme machine told us he “went to hell for snuffing Jesus” whilst “kidnap(ping) the president’s wife without a plan”, jaws dropping to the extent where he was instantly proclaimed as heir to Rakim’s lyrical throne.

Sometimes it’s been the flashpoint which has resulted in something much more unsavoury than being upstaged, out and out beef, particularly on one of the genre’s greatest lyrical face offs from Canibus and LL Cool J. The former opened his verse on the latter’s 4,3,2,1 with “L is that a mic on your arm? Let me borrow that”, a line that LL took offence to. He made Canibus rerecord his original, utterly brilliant verse, whilst retaliating lyrically in the final version (and cutting him out of the video), laying the marker for the bad blood that followed.

Looking back at Nas, his career is littered with moments that define the resonance of other artists spitting. Four years after Live at the BBQ he was the first none Wu Tang affiliated emcee to drop bars on a Clan member album, in the process out-rapping both Raekwon and Ghostface Killah on the former’s Only Built for Cuban Linx on the aptly titled Verbal Intercourse.

Then, during his highly publicised clash with Jay-Z, he referenced the guest verse Eminem dropped on Renegade off of Jay’s The Blueprint, the album with which he first unleashed his fury upon the Illmatic rapper. “Murdered you on your own shit” was one of many barbs on Ether, and the reason it stung was twofold, firstly because it’s true (at least to this writer’s ears) and second because of the fact it belittles the thinking behind its inclusion.

Classic albums often revert to having a lone guest rapper on board as not to drown out the main voice, something Nas himself did via the stunning bars AZ drops on Illmatic’s Life a Bitch, and Biggie did with Method Man on The What. Both star turns are classic moments in hip hop but thoroughly matched by their sparring partner, both picked for their thrilling chemistry and the ability to enhance the other. This is the best way to get a guest verse work for you as well as the listener, and in highlighting Jay’s inability to get this right he belittles him as both a lyricist and an artist. The fact he and Biggie, someone he also accuses Jay Z of abusing his legacy, pulled this off adds a stronger sting to an already vicious barb.

It’s this lone accompaniment strategy that is underpinning Rapsody’s placement on To Pimp…, particularly prescient when considering that for a long while Kendrick discussed there being no other rapper on board whatsoever. Instead he’s gone for a counterpart, not someone he can upstage and crucially one that won’t do that to him. Beyond that, her verse manages to sit brilliantly in the overall lexicon of hip hop verses for an abundance of reasons.

On the surface the verse in itself is unquestionably ill. There’s many great moments, including the way a six bar sequence sees the words too dark, cupid, lucas, stupid, woo-hah and tutored all rhymed in a brilliant linguistic spin. The slightly spoken word delivery works well with Kendrick’s own shift on the album, but it’s the subject matter which really makes Rapsody’s contribution stand out, in particular the way it’s backed up by the depth of the wordplay.

It celebrates blackness brilliantly, providing Lamar with the one thing he can never truly do himself; a female voice. Women aren’t best referenced elsewhere on the LP, the wailing duo on the interlude For Free? essentially materialistic banshees while the gender reclassification of Lucifer as Lucy says more about Lamar’s own fallibility than giving women a voice. In this essence Rapsody is entrusted with the responsibility to offer more to the guiding theme of the album as well as underlining his own views.

The references to Afro-American culture radiate pride in the same fashion her obviously feel-good line “Call your brother’s magnificent, call all the sisters’ queens”, as she segues in nods to late sports commentator Stu Scott, fellow rapper Busta Rhymes, the film 12 Years a Slave and the possibility of a black James Bond. This ties in with the musical richness of the LP as a whole, as jazz, be-bop, blues, neo soul, funk and much more all amalgamate for a musical palette which showcases the beauty, and at times ugliness, of what it means to be a black American. 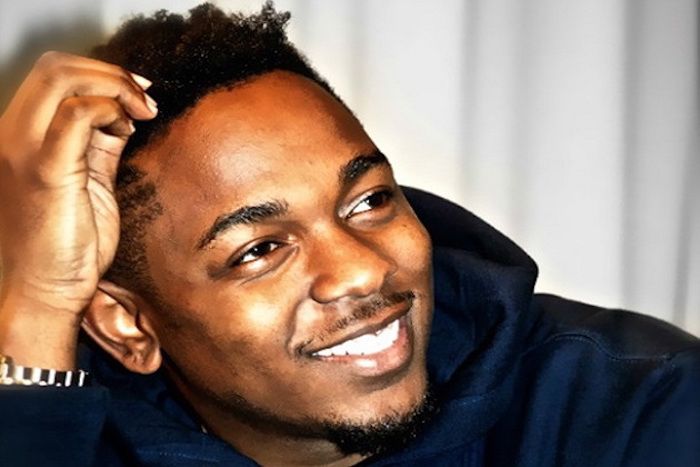 A personal favourite though is the cleverness behind the line “Like two ties, L-L, you lose two times”. An L is slang for loss, but beyond that more obvious translation it’s a joyous double entendre that doffs its cap to the Canibus’ response to the previously mentioned beef between the two; Second Round KO. It’s not just a lyric for the sake of it either, again it’s celebrating a great moment in hip-hop history (the first high profile nonviolent ruckus following the death of Tupac and Biggie). In an era where lyrics are poured over religiously on Rap Genius, this level of depth and ingenuity showcases a special lyrical talent.

Elsewhere there’s further resonating intelligence in the wordplay, aiding a more celebratory angle to Lamar’s at times angry outlook. This is best exemplified by the partial reclamation of the word jiggaboo, as she now points out the impact of Beyonce and Jay-Z as the world’s most powerful musical couple (the singer being Jigga’s boo). Kendrick himself utilises the end of ‘I’, another of the culturally congratulatory songs on To Pimp…, to reclaim hip-hop’s favourite racial epithet as Negus, an African word for royalty, and its own way this moment from Rapsody is equally as powerful.

The closing line also dovetails with another moment on the LP. “We all on the same team, blues and pirus, no colors ain’t a thing” is a much softer counterpart to Kendrick’s own raging end to Blacker the Berry. On that he hurls out “So why did I weep when Trayvon Martin was in the street? When gang banging make me kill a nigga blacker than me? Hypocrite!” to make for an astonishing conclusion to a brilliantly political polemic. Rapsody manages to do the same in a differing and deft way, not ripping the mic off LL’s arm or blunting Ghostface’s efforts as Canibus and Nas did respectively, simply augmenting Lamar. Not enough is made of subtlety in rap at times, but this verse makes a compelling argument for a different prism of greatness.

Hip hop is all about grabbing the stage when you need to. Xzibit entered the big league when he piggy backed on the Dre and Snoop reunion of Bitch Please, Busta Rhymes embellishing his man of the moment turn on Tribe Called Quest’s Scenario with a beguiling live performance on the Arsenio Hall Show (above). Typically these are instances of macho braggadocio; inherent manifestations of the overlying maleness at hip hop’s core, but Rapsody’s approach offers an effortlessly elegant counterpart.

On an album that is deeply rewarding, magnificently layered and almost uncomfortably though provoking, here is a guest verse every bit as deserving as the lines Lamar himself delivers. She’s managed to add something that he can’t, at the same time embodying many of the qualities which make the album such a captivating release, but beyond that she’s added more richness to hip-hop’s own canon of guest moments.

To Pimp… will undoubtedly be held up as a classic for years to come, but in 27 bars Rapsody enhances, compliments and revels in much of what makes it such a rewarding experience. In her own words she’s found the “air beneath the kite”, managing to add her own stamp on a genre which, forty years on, remains as potent as ever.