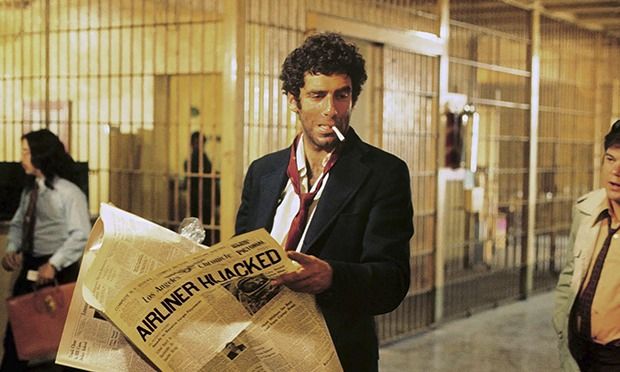 A theme not all that remote from the modern day in the latest instalment of Reel Music, Getintothis’ Adam Scovell explores the disenfranchisement of The Long Goodbye ahead of its FACT screening.

When crime cinema hits its various peaks, it is often reflecting some great historical calamity around the time of its production. Consider the initial boom in crime films of the late 1920s and early 1930s in line with the Great Depression or the highly effective stream of nihilism inflected in the great film noir cinema of the 1940s which were expressing an inevitable realisation towards humanity’s violence during the Second World War.

More so than most genres, except perhaps horror, crime cinema seems to accurately relate the sociological attitudes of different eras by showing the various tipping points of the people towards acts of illegality and self preservation. One of the strangest of these alignments, however, is the string of new American film noir in the late 1960s and early 1970s; reflecting that overpowering anger and disenfranchisement brought about through the conflict in Vietnam.

This was an era that was touched upon recently thanks to the release of Paul Thomas Anderson’s homage, Inherent Vice, and a more general exploration of the sub-genre as whole can be found in the write up of that film from earlier this year. This disenfranchisement can be found in any number of films from the era, not simply crime or noir cinema, but very few match the blasé effect of arguably the strongest modern noir film to appear then: Robert Altman’s 1973 adaptation of Raymond Chandler’s The Long Goodbye.

The tonal shift of the film and the era can be best illustrated by the differences induced by Altman into the narrative, compared starkly to how the early noir films around the character of Philip Marlowe presented their drama. Interestingly, The Long Goodbye as a novel is of a slightly differing tone to other Chandler pulps which may explain why Altman opted for it over several other Marlowe stories. The film and the book look back in on the private detective who, after helping his desperate friend get across the border, becomes embroiled in mysteries surrounding the death of his friend’s wife, a gangster’s missing $350,000 and a famous alcoholic writer whose wife is also somehow involved.

Unlike the Marlowe of earlier stories such as The Big Sleep or Farewell, My Lovely, the Marlowe in The Long Goodbye is older, more tired and less alert. The central mystery of The Long Goodbye would no doubt be solved within hours by a younger Marlowe but it seems to be sentimentality that stops him from finding out the very simple reasoning for his friend’s departure. When addressing this sense of weariness, Altman doesn’t opt for an older actor to play Marlowe.

In fact, Elliott Gould is perhaps one of the youngest actors to have played the detective. Instead, he shifts this sense of weariness upon the era and the environment itself, moving the period narrative to the present day of 1973 and dowsing it with a heady drowsiness.

This may also have something to do with the era’s drug culture which is present throughout the film but the sense of alienation of the people from each other is paramount either way. Marlowe is too tied up in the past’s sense of moral ideals now to see clearly what is going on and he isn’t even distracted by the commune of free-loving hippy girls next door who have a penchant for making space cakes and doing yoga naked on their apartment balcony.

It takes him stumbling and bumbling about for two hours to really find the heart of the mystery whose simplicity clearly leaves him frustrated until he ties the final loose knot himself. It even takes him ten minutes (film time) to feed his cat and, even then, after all the effort of trying to fake its favourite brand of cat food, the cat leaves in a huff at the deception.

This is a Marlowe not simply for the hippy age but for an age of disillusionment and disenfranchisement. If the you want to illustrate a point in this era, smash a bottle of coke into the face of your lover. If you want to drive an alcoholic to madness for your own financial gain, it doesn’t really matter.

Other moments from the film would perhaps give too much of the narrative away but, suffice to say, the apathetic world of The Long Goodbye is too stoned out to care (except for Marlowe) and is therefore extremely dangerous. Perhaps, with Gould’s performance, there is a sense of fun nonchalance about the film but it hides something far more prescient; that the powers that be were not listening and it didn’t matter anymore.

It took the fall of Saigon in 1975 for the US and their allies to fully accept the end of the second Indochina war. There’s a sense that, with the growing anger surrounding the country’s involvement, the populace shouted loudly but were not really heard; the gesture of such a war was too far gone to not let it continue until the last conceivable stand. In The Long Goodbye, Marlowe probably knows deep down who is responsible for the entanglement of money and murder but simply can’t accept that his optimistic reasoning is wrong. He is surrounded by a crumbling apathy and it is the coming-to-terms with this reality that is the ultimate truth that Altman seeks.

The Long Goodbye screens at FACT of May 10 alongside a documentary on its director, Robert Altman.