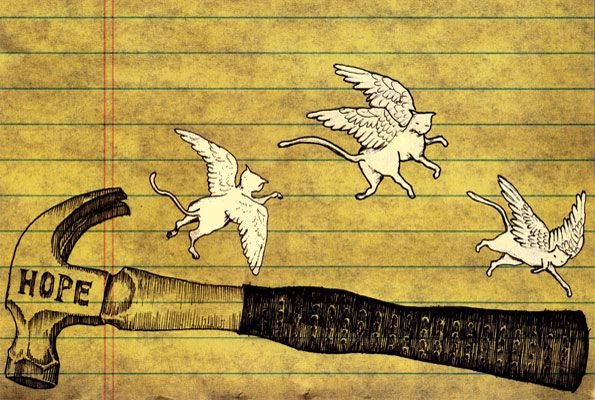 With the band capable of profound beauty and awe-inspiring majesty, Getintothis’ Paul Higham is rightly excited about the prospect of Godspeed You! Black Emperor headlining Liverpool Music Week.

Getintothis can exclusively reveal that legendary Canadian post-rock exponents Godspeed You! Black Emperor have been announced as headliners of Liverpool Music Week. The band will play Camp and Furnace on 27 October 2015.

Following its triumphant and wholly welcome return to the autumn calendar last year, the organisers of Liverpool Music Week have pulled off a major coup. Where last year the blistering power and ruthless noise of Mogwai provided waves of aural pleasure, this year will see fellow post-rockists Godspeed You! Black Emperor bring their own distinctive instrumental soundscapes to Liverpool’s Baltic Triangle.

Since reforming in 2010 to curate All Tomorrow’s Parties, Godspeed You! Black Emperor have toured intensely, using the live environment to hone their sound before committing it to record.

Comeback record ‘Allelujah! Don’t Bend! Ascend! was forged in the live arena. All of the material was familiar to fans having been a mainstay of the group’s live set and with some dating from prior to 2003’s indefinite hiatus. Likewise, the freshly released Asunder, Sweet and Other Distress had long been played live to the extent that it had even been anointed with a title by fans. 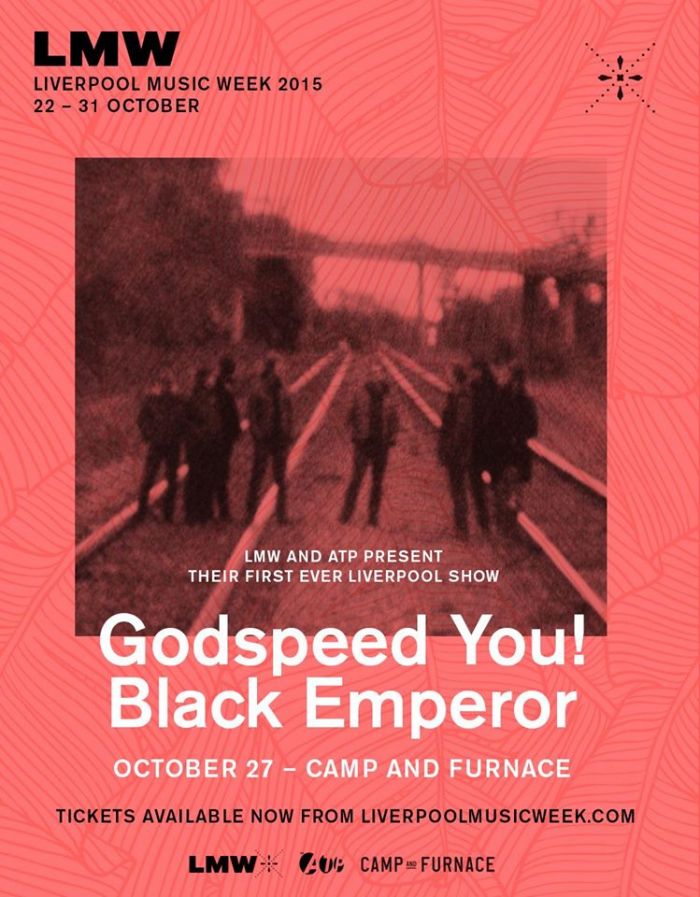 Christened Behemoth, the album is important as it represents the first new material since the band’s reformation. It provides affirmation that the group continue to evolve and make new music that remains every bit as challenging to the listener as in the group’s pre-hiatus period.

Crucially, seeing the band in a live setting provides an opportunity to see them develop and finesse new material. New material that may be committed to record and form the basis of a future LP.

Watching a Godspeed concert is an involving experience. Akin to classical compositions delivered with the power of a metal band, Godspeed excel in precision, subtle layerings and building of intensity. Masters of dynamic range, they can flitter from eerily quiet to deafeningly loud with assuredness.

Since their return the group have been unremittingly heavy, perhaps mirroring the political and economic uncertainties that accompanied the band’s comeback. The new album continues in similar vein. Two heavy droning compositions form the spine of the record. The pieces duel with each other one revealing greater light, the other foreboding and dark.

Always revealing a political edge to their music, Godspeed have cut controversial figures. Rumoured to be both anarchists and on the radar of security services, their music and the accompanying videos have had an air of danger and an edgy realism to them. Their political message is far from parochial. Touching on the Bosnian conflict and the troubles in the Middle East there is huge scope to the collective that is mirrored in its music.

A Godspeed show is always an intense life-affirming event. In their fusion of jazz, rock and noise into something unique and intense, the collective is capable of profound beauty and awe-inspiring majesty. It will be a privilege to see them perform in Liverpool in October.

With bookings of this calibre, Liverpool Music Week is shaping up to be a special event to rank alongside Sound City. We can’t wait and will bring you all the remaining exciting line-up announcements as they break.