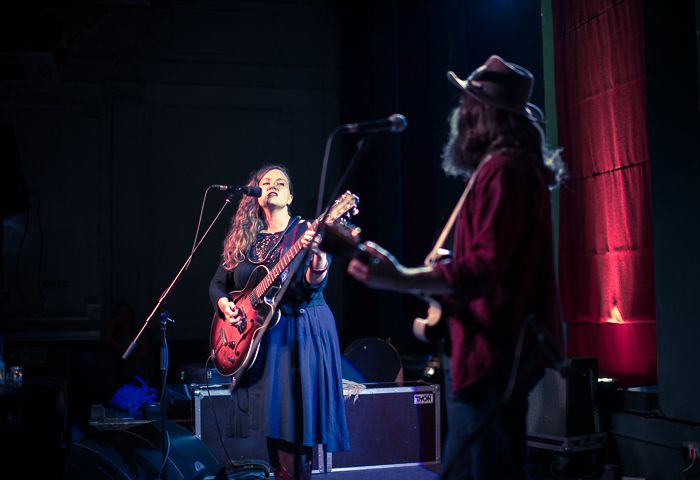 We have a confession to make, we weren’t really paying attention when the night’s first support act took to the stage, and were more interested in seeing if there were any decent beer festivals coming up on our phone. So much so, we didn’t even notice when AGP, or Strange Collective‘s Andrew Gordon Parry if you want to blow his cover, began his set and it was only while we were thinking ‘this sound guy’s a bit committed’ that we realised the night’s entertainment had begun.

The killer first support, a mere taster a good hour and a half before the main course arrives, is always going to be in a fight against those having a quick chat, ordering drinks or trying to find a decent table. The key is whether or not you can snap them out of their own little world and get them to listen to what you’re offering. If we tell you we managed to book tickets for the beer festival at the Bombed Out Church as well as make a note of timings for the Wirral Beer Festival, it may give you some idea of just how successful he was.

That wasn’t AGP’s fault. He does have a nice line in arresting tunes and, given the right setting, his approach would have proved far more successful. Clearly some were keener to see the second support of the night, She Drew the Gun, and the guy next to us spent most of AGP’s set waxing lyrical over the ‘mad scientist at the decks chased by a metal dinosaur’ artwork on the guitar at the back of the stage which generally heralds the appearance of the ridiculously soothing Louise Roach.

James Skelly’s Skeleton Key Records have a growing stable of local talent ready to make huge waves, none more so than She Drew the Gun. Playing here as a three-piece rather than their usual four, singer Roach quickly captured the room and you got the impression that the relaxed Thursday evening crowd would have been quite happy to have paid their money just to have listened to the clean guitars and her relaxed and engaging performance.

It’s not that her songs come out and grab you by the throat, more the fact that they sooth you like some sort of lullaby despite the seeming randomness of their subject matter with Roach’s relaxing, sometime near whispering delivery the perfect antidote to a long day at the office.

Upstairs at Leaf is a venue that sometimes doesn’t do performers any favours (see AGP) and some struggle to gain the attention of the crowd more interested in whether one of Bold Street’s numerous eateries will still be open after the gig, but the effortless laid back delivery of Roach fits in perfectly with the surrounds. Roach gives a measured engaging performance with limited chat between songs and, at times, there is a genuine casualness about things.

That’s not a negative and it is more to do with the Roach’s effortless delivery and hypnotic lyrical storytelling more than anything. By the second song, people had broken off from chatting to their mates to give Roach their full attention, apart from those staring into their drinks wondering where it all went wrong and what the hell was the point of it all – another side effect of Roach’s lyrics.

The complete reverse could be said of the reason we’re all here tonight, Jolie Holland, an American singer songwriter whose Southern drawl veers between melodic sultry clarity and an incomprehensible slurring.

From the start it was clear she wasn’t that happy and it probably didn’t help that by the time she came to stage the room was uncomfortably warm. Holland made a point of opening a window behind her letting in some air, but also some of the sound of a busy Bold Street, before launching straight into her first number without even so much as an acknowledgement to those watching.

Some thought it was merely a quick sound check but no, this was it. At one point she moved to the very back of the stage but we were unsure as to whether this was to do with the heat, a dislike of the surroundings/lighting or an apparent distaste for the Getintothis photographer who she eventually asked if he was finally done yet.

Even as things warmed up Holland made no real attempt to connect with her audience, with one couple behind us stating she looked ‘well pissed off’ and we weren’t the only ones who got the feeling she’d rather not be here.  Her performance is very much from the tightly-closed-eyes-swaying-about school of song, and she was seemingly only aware of her full bearded partner (and obviously the Getintothis photographer). You would have been forgiven for wondering if she knew we were there at all. When she does finally speak to the audience it comes as a shock, we’d all assumed she’d go the full set without acknowledging the presence of the rest of the people in the room.

Whereas Roach seemed committed to her delivery and in conveying true feeling in her songs, Holland seemed more in love with her own voice and you couldn’t help but feel there was no real commitment in her performance.  Having said that, she is still clearly a talent but the performance never seems to break out of a mid paced stroll.   Whereas Roach and friends were dreamy and comforting, Holland came across as disinterested and slightly pedestrian.

As it was the first time we’d seen Holland maybe we missed the point, maybe this is all there is. We were just expecting so much more and at the end of the night we couldn’t help wishing She Drew The Gun had serenaded us a little bit longer while Ms Holland just hadn’t bothered. 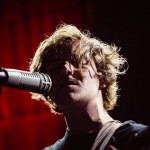 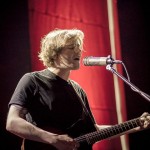 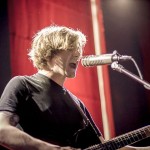 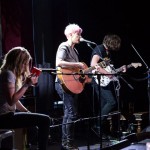 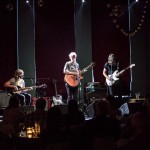 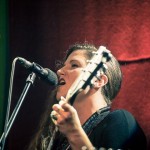 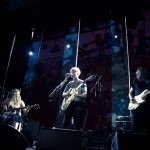 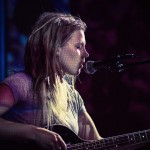 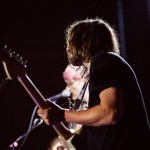 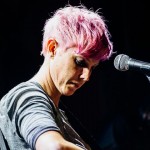 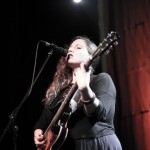 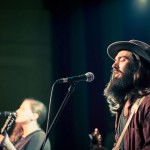 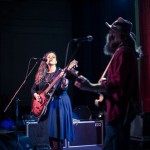 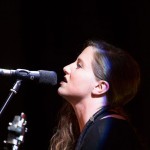