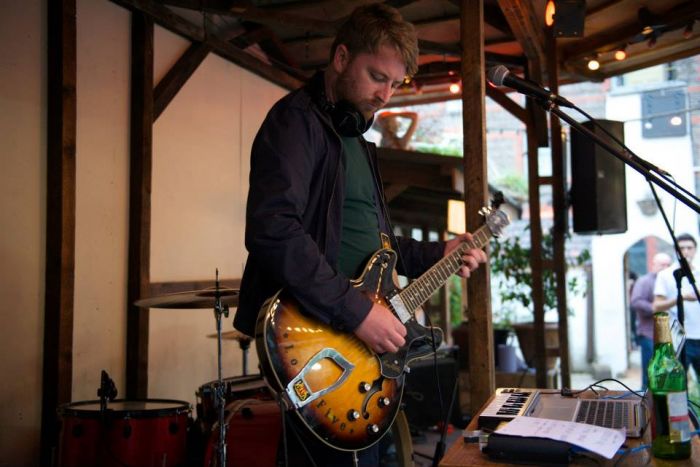 With The Well providing a welcome new creative space, Getintothis’ Tom Doyle previews a new monthly electronic night curated by Lo Five that will showcase the the best in electronic and instrumental music.

From the ashes of the Fallout Factory, The Well Space has risen. Still in its early stages, this unique venue located on Liverpool’s Roscoe Street is dedicated to the development and promotion of artistic creativity and has been hosting events for just over a month now, building a promising level of momentum.

This Thursday Lo Five, the experimental electro pioneer, will be curating Emotion Wave, the first of a monthly residency which will showcase melodic instrumental music that promises to please the senses.

Born and raised in Kirkby, Neil Grant – aka Lo Five – is a self-confessed Boards of Canada fanatic, maintaining that the Scottish duo were the first electronic outfit to have an “emotional impact” on him, indicating that the event’s title perhaps may be both a name and a mission statement.

When creating music Lo Five places the emphasis on experimentation, and Thursday night will be no different. Promising to play anything electronic providing it isn’t “crap dance or techno”, he’ll be performing live after sets from Mitternacht and Queen Maud.

While it has become increasingly more difficult for Liverpool’s electronic artists to find venues in which to present their material to live audiences, Grant has chosen The Well Space due to its relaxing setting and welcoming atmosphere. With the goal of hosting a social and musical experience that is “low key and laid back, with an open mic flavour”, he wants to present a night where electronic music is accessible to as many people as possible.

Emotion Wave starts this Thursday July 30 from 7pm to 11pm and will include DJ sets from Non Dom and Muzzla.