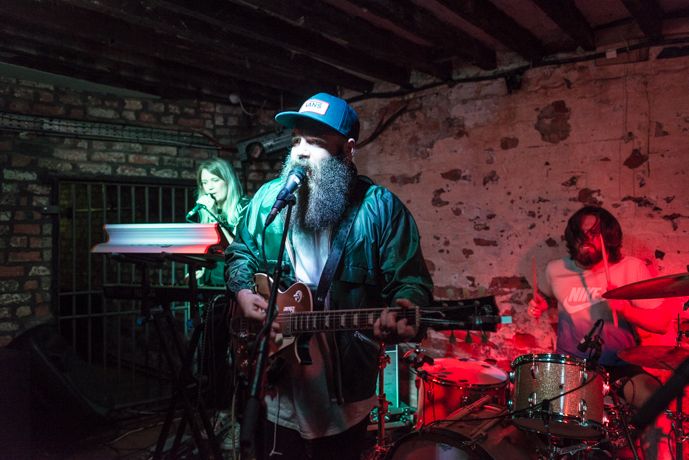 The following of the Clean Cut Kid cult seems to get bigger and bigger. Yes, this is a cult. Winning a Radio 6 competition by over 96% of the vote shows that when Clean Cut Kid say jump the fans say, where do I buy the album?

The truth is, there is no album, there is in fact just a single and b-side. Vitamin C has stormed the airwaves with plenty of Radio One play, bagging them high profile tour support slots and festival appearances. But with no album or even EP out, tonight was going to be interesting show. Where the audience were likely to be more than familiar with Vitamin C, the rest of the material will be new ground and an insight into what is to come for the Huyton quartet.

First up are Lying Bastards, who aside from winning the best band name of the night award  are formed from members of Broken Men, Jimmy and the Revolvers and various other scouse acts. They bring their pumped up garage rock licks and a bag of fun, upbeat songs to the table and despite the crowd not really being at full capacity or mobility, seem to go down a blast. They’re a band to keep your eye on, a rare combination of grit and melody.

We’re then treated to young Hertfordshire talent Declan Mckenna. Despite suffering from a cold, Mckenna is a wealth of young talent. As he kicks out beats from a sampler, loops his guitar and lays his eerie vocals over the top you realise that Mckenna is as much a producer as he is a musician. Not only having the ability to write incredible compositions for each instrument but to have the vision to put it all together. Musically it stinks of the late 90s. Not literally (Declan if you’re reading this we’re sure you smell lovely) but the elements of Portishead and Radiohead could not be missed. There is something very Thom Yorke-esque about this young visionary. Keep an eye on him, and watch him support Blossoms on their UK tour.

Then it’s time for Clean Cut Kid. A band as dis-jointed as they are free flowing, heavy as they are soft and as buoyant as they are melancholy. There were few surprises, Vitamin C seems to have been a good example of the band’s sound at this point. Electronic infused guitar pop. The main shock is the volume, there are definite rock moments to the sound and when the Moog kicks in, the first four rows suddenly developed arrhythmia.

It’s not a disputed fact that in a post Arctic Monkeys world, the amount of carbon copy indie pop is overwhelming. A sheer wave of bands that lack all authenticity, originality and ambition. We were left in a world where indie became a dirty word and bands had to delve deeper into garage rock and proto-punk influences that had given birth to artists such as The Libertines, and we were gifted with a grittier sounding indie rock n roll. Fat White Family and Palma Violets being shining examples of this. None the less, indie became a blanket term and in doing so, lost all meaning.

Clean Cut Kid are however innovators in the scene. As the set progress’s we see how the bands incredible song writing has given them a distinct sound, which can only be described as Clean Cut Kid. Their rise into the spotlight is well deserved, this is a brilliant band brimming with talent and it is comforting to see great bands get the attention they so definitely deserve. This is a band that shows that guitars in pop music are not redundant. 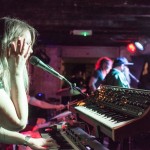 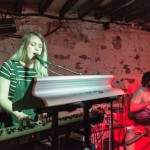 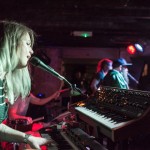 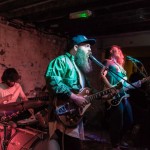 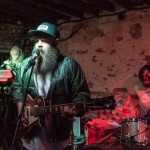 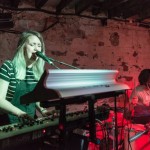 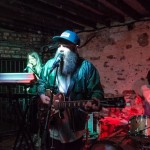 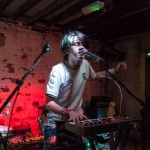 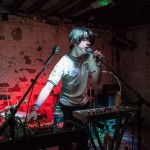 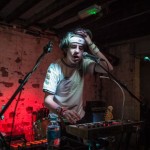 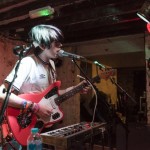 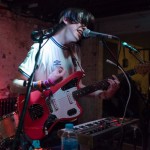 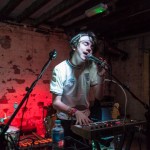 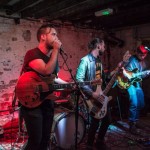