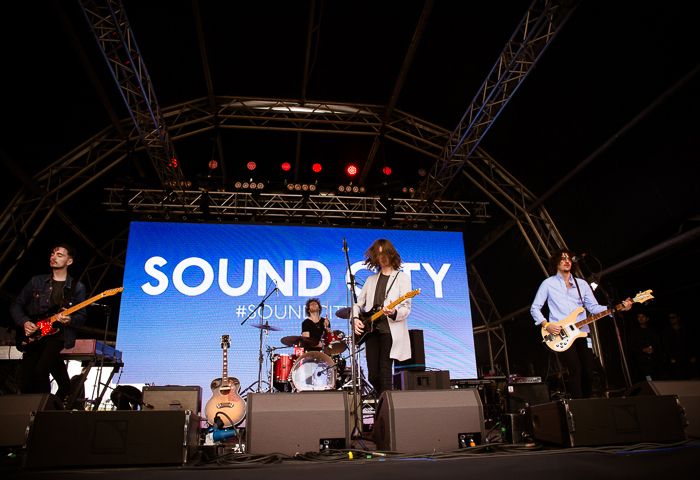 Stockport five-piece Blossoms are due to tour the UK later this year, Getintothis’ Paul Dahill looks ahead to their return to the O2 Academy.

Blossoms have garnered quite the reputation over the last 12 months. Taking to the stage in matching black turtle necks and playing what they themselves have christened “Ethereal Nostalgic Sonance”, the band’s variety of Psychedelia has proved hard to ignore.

Despite being from the wrong side of the M62, Blossom’s connections to Liverpool are rife. Having heard the band’s demo of “You Pulled a Gun on Me”, The Coral’s James Skelly invited them round for tea and a jam. This resulted in debut single “Blow” being released on Skeleton Key Records in October 2014. Follow up single “Cut Me and I’ll Bleed” was released in March on the same label and was recorded in Parr Street Studios.

The quintet has previous at the venue and we were suitably impressed when the band supported The Courteeners at the O2 Academy back in August 2014.

Ahead of their October date, Blossoms play St Helens Library on Friday as part of the continuing Get Loud In which has previously seen north west highlights including Young Fathers in Skelmersdale Library (review) and Wolf Alice (review) and Frank Turner who both featured in Liverpool’s Central Library (review).

The tour is due to commence in October following on from a festival filled summer which has already included an appearance on the Baltic Stage at Sound City. The Liverpool leg of the tour will take place on Friday October 9 and tickets are available here.