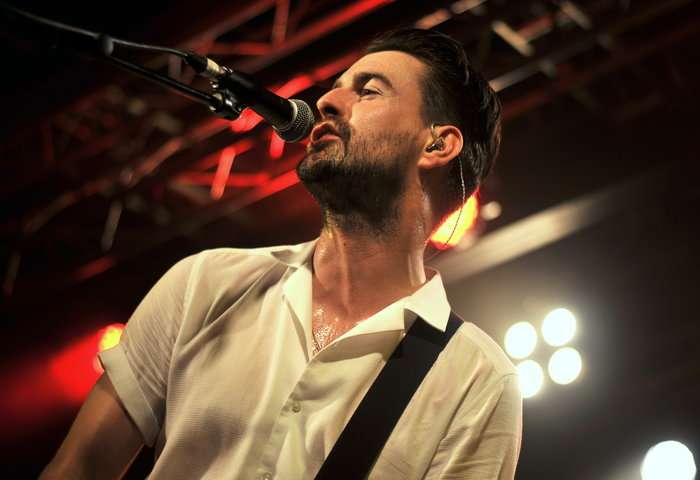 Back with a bang, Getintothis’ Patrick Clarke survives a riotous launch for The Courteeners’ new album.

It’s a good half hour before The Courteeners are due, and the O2 is getting raucous. The climactic chants from What Took You So Long?  soon reverberate, and with hopes of a decent view quelled by a mass of boisterous bodies, punters take to scaling the railings and stairs until dashed by zealous security, while one or two dolls who’ve most certainly overdone it sit quivering by the exit with an   overpriced bottle of water.

But before all that madness, much-touted Blossoms don the stage in matching black turtle-necks. The outfits alone require the band to sound the part, let alone a support slot to a crowd with only the headliners in mind. The fivesome are more than capable, however, their graceful psychedelia soon doing away with the pressure of the occasion. Instrumentally faultless, enthralling organ grooves and tight, unruffled guitars are well-complemented by an old-fashioned 60s pop sensibility. It’s the perfect backing for magnetic frontman Tom Ogden, who gives a confident and charismatic set to only hint at what dizzy heights the future might hold. 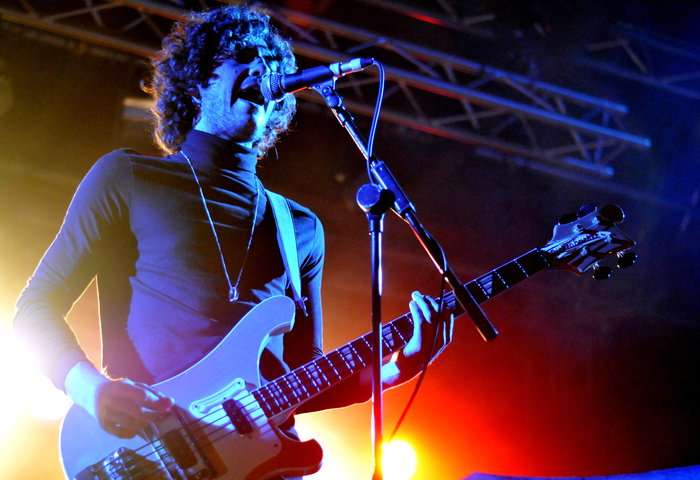 As thoughts return to the main event, each moderate dimming of the lights invites a roar of anticipation, each pause between the venue’s backing playlist an agitated chant – so emphatic is the crowd that when Mr. Fray and co. do appear, all they’d really have to do is stand there and things would kick off. They open, however, with How Good It Was, and within seconds the pints are flying. This is an atmosphere befitting a festival set, and when distilled amid the confines of an indoor venue yields riotous scenes.

Once Push Yourself has flown by, Cavorting is the first fan favourite to get its outing and push the ceiling higher, while Please Don’t perfects the art of the slow-song frenzy. The band themselves remain relatively calm, Fray choosing to  step back and let the mania flow, rather than jump straight in while the rest remain moderately anonymous, providing a solid if by-the-book set. They do take their risks, though – b-side Whites in Their Eyes gets an outing, a Fray-only solo segment appears at halfway and the set’s not sparse on new material. Though the brand-new songs are politely, if not emphatically received, the momentum rarely lets up, and as they hurtle towards the finish the proceedings are wild as ever. 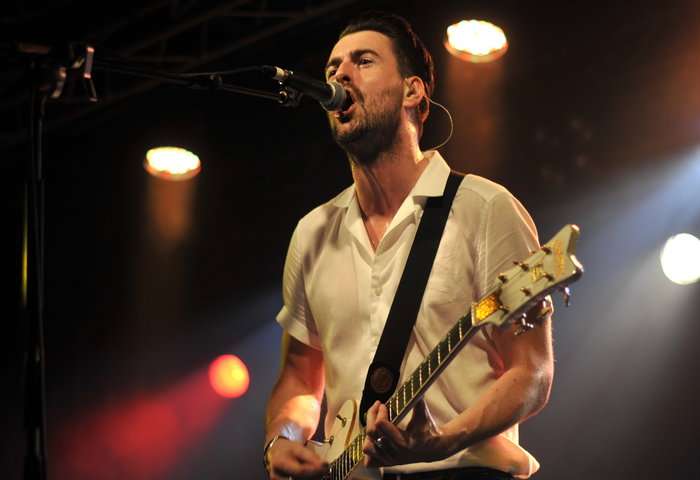 It’s in the final third that The Courteeners truly shine. In the face of relative critical apathy and middling commercial performance, it’s easy to forget just how many anthems the band have to their name – a trio of Bide Your Time, Why Are You So In Love With A Motion  and Here Come the Young Men sees the lighting of flares and leaves the crowd delirious. Though the band have faced their fair share of naysayers when it comes to their discography, you’d be mad to write them off live, and as they close with a ferocious  double bill of Not Nineteen Forever and What Took You So Long, they depart an O2 Academy left  in absolute rapture.