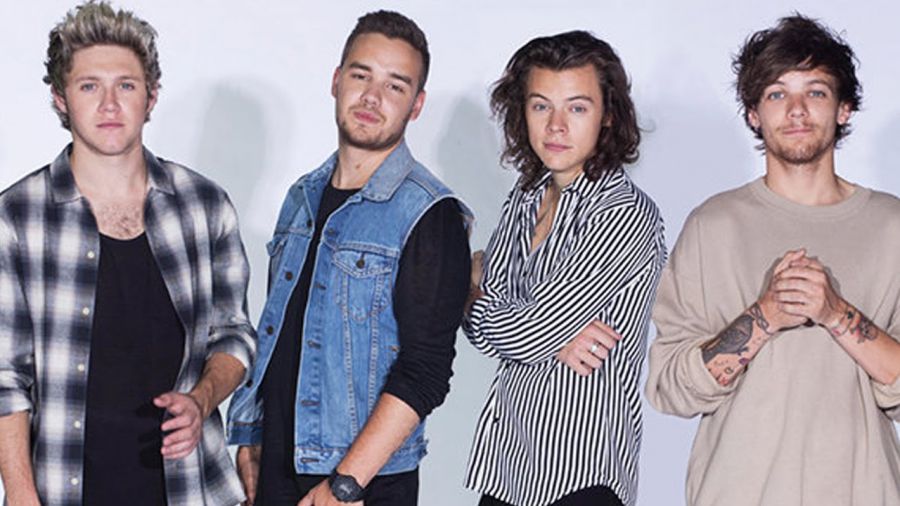 There’s a lot of anti-passion surrounding the impending demise of 1D. Getintothis’ Shaun Ponsonby doesn’t understand why these people even care.

As soon as One Direction announced their split/break as of next March, I had a couple of sycophants message me saying they can’t wait to hear my thoughts on it in this week’s Slop. I imagine that was hyperbole on their part, of course. I’m pretty sure they could, in fact, wait. Give it half an hour and they’d probably forget that any of this even happened.

But, whatever. I’m a total whore. Give the people what they want and shit. One Direction taking a break. Why not scribble some bollocks about the significance of that?

Well, I would. But I don’t really have much to say. In fact, I don’t care. Why would I? I’m in my mid-twenties and I’m writing this whilst listening to Japanese death jazz band Soil & “Pimp” Sessions. Clearly One Direction are not a part of my life. Why would I give a flying frig about their inner workings?

Yet the people who messaged me were Getintothis readers. One of them considers himself a bona fide metal head. Why do they give a flying frig about the inner workings of One Direction? Do you get equally as worked up about kids TV? Are you as anti-passionate about Uncle Grandpa, a current show about a babysitter who is the “uncle-grandpa and brother-dad” of every child and adult in the world? No, because you understand that it’s not meant for you, so you’ve ultimately decided that you don’t care, and this generation of kids will look as back fondly on Uncle Grandpa as you do on the garbage you watched as a kid. Whilst you and Uncle Grandpa co-exist without ever crossing paths.

I’m especially astounded at people who have an ideological issue and genuine hate for One Direction, but have fond memories of the pop phenomena of their day. Remembering the heartbreak of when Geri Spice left the Spice Girls or Take That‘s split when they were nine, and how their parent’s sobbed when the Bay City Rollers disappeared from public view. Screaming at them like approaching muggers, dressing up like them and cutting out their pictures from newspapers like psychotic stalkers and buying unofficial annuals. But it was different when they did it, wasn’t it? You know, because of stuff and that. What’s really ironic about this, of course, is that Take That have the most mind numbingly dull leader (and biggest economic danger zone) in the history of manufactured groups, making the devotion to them way more ripe for ridicule.

That doesn’t include everybody, of course. Some of us have always been cynical bastards. But it’s funny that a lot of us who have never been into that kind of pop phenomena seem to be the ones who tend to be least vehement about it. My brother liked 5ive when he was eight years old, and he has the sheer balls to have a pop at 1D.

You’re “only saying“…what exactly? That the Rolling Stones have worked non-stop for fifty years, and celebrated that unprecedented run by headlining Glastonbury? Because that’s not exactly true, is it? In fact, it’s wholly inaccurate. They’ve had many lengthy breaks. Their last album was ten years ago, and they’ve really only performed sporadically since, six years or so after being a completely dormant entity.

The Stones’ break after their previous promotional run was longer than One Direction’s entire career at this point. In fact, as early as 1968, coincidentally also five years into their career, they were largely out of the public eye with no tour and Beggar’s Banquet not being released until December.

I was given the argument that this wasn’t the implication of the poster. But, if that’s the case, why bring up the break at all? They’re just two completely unrelated facts without that implication. So going to the effort of making the poster is even more pointless than making the poster with the implication, and it’s pretty bloody pointless in that instance. It would be like putting up a picture of a sausage with the caption “this has meat in it”, and another one of Lark Lane with the caption “there are bars on this street”. If there’s nothing linking those two facts, what’s the point?

It got on my tits despite being a Stones fan and decidedly not a One Direction fan. I’m fine if you want to criticise One Direction, there are many, many valid criticisms you could feasibly throw at them (mainly in the exploitation of their vulnerable fanbase). But if you haven’t got a legitimate criticism you just look like an imbecile. Considering you can always just mention the vastly superior material, it’s really scraping the bottom of the barrel for “1D are crap” arguments. In fact, you’re not even in the barrel. You’ve dropped out of the bottom of the barrel. The barrel is no more. It has ceased to be. It has expired and gone to meet it’s maker. It’s a stiff. It has run down the curtain. Joined the choir invisible. This is an ex-barrel.

We know how this goes. The level of success that One Direction have attained rarely lasts. There are some exceptions, but those tend to be people with greater substance. Sheena Easton-esque formation on a TV show, followed by songs that their own songwriters have described as “vanilla” doesn’t really fit that mould.

So…fuck it. Who cares? The world continues to turn and I can still listen to Soil & “Pimp” Sessions.

Sadly, I don’t think the Tears of a Clown track that Iron Maiden have recorded in tribute to Robin Williams is a Smokey Robinson & The Miracles cover. But wouldn’t that be brilliant?

Sean Lennon has said that people only see him as “the spoiled slacker son of John and Yoko“. That’s not true. We also see you as one of the kids in that awful Michael Jackson movie-cum-exercise in extreme ego Moonwalker.