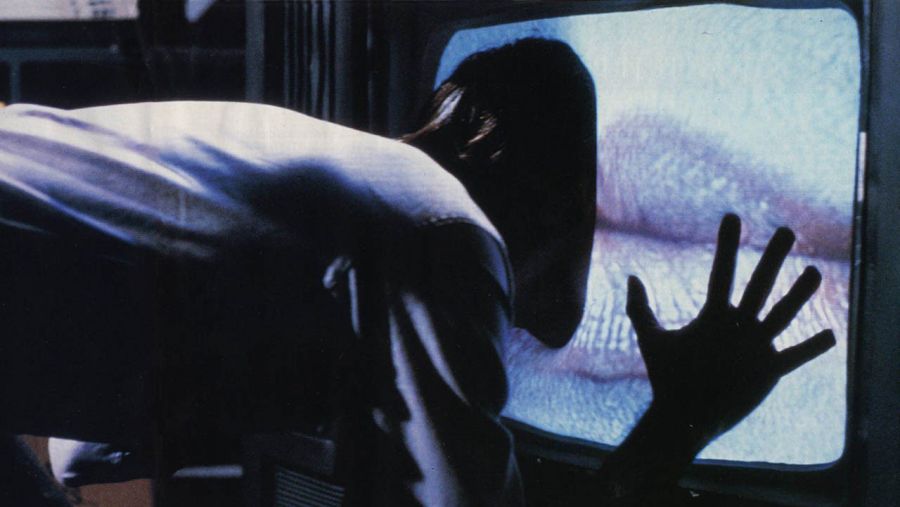 The 1980s are often held up to be the era when censorship in cinema reached the climax of its moral panic.  With Mary Whitehouse, the video nasties act, and a slew of provocative titles littering tabloid headlines as the root causes of crime, it’s unsurprising to find cinema itself begin to actually question its sociological role and its scapegoat position within the media.

Yet, the British Board of Film Classification has never really petered out of being offended and still blocks roughly a film a year, either demanding cuts or (occasionally) banning films entirely, the latest being earlier this year with the film, Hate Crime, released in the U.S. in 2012.  With this context in place, it perhaps begins to give understanding as to why David Cronenburg‘s 1983 film, Videodrome, still has much to say regarding the establishment’s paranoia over artistic media that pushes the boundaries of sex, violence and other cinematic taboos.

Videodrome is a film equally about the horror of what lengths this establishment will go to in order to curb the infatuation with screen pulp, as well as actually dealing affluently in such pleasures itself.  The film follows sleazy television producer, Max Renn (James Woods), who, upon tuning into a pirate transmission of a sadistic snuff program called Videodrome, investigates further in order to program it for his own channel.  However, by chasing such a program, he delves deep into the murky underworld of power hungry moralists, who are transmitting the program alongside a special signal designed to give its viewers a brain tumour.  It is the ultimate in film censorship; to not destroy the work itself but to destroy the actual viewers who enjoy it. 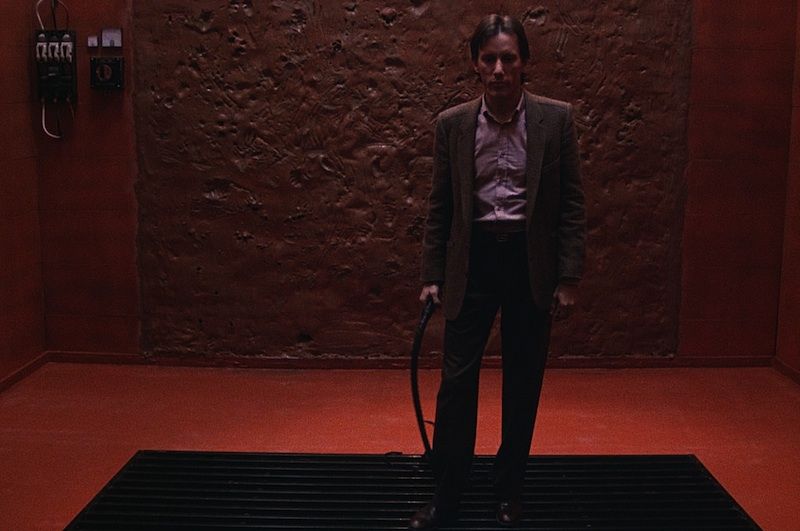 Cronenburg had been under fire before with similar moral arguments against his work, being put in an ironically familiar vein of argument to that of the characters on show here.  Even from his debut feature, Shivers (1975), his work has pushed the buttons of those offended by such questioning of the body and its duality for lust and for violence.

Such accusations of peddling nastiness of various forms are, however, often quashed when the artistry of his work is put under scrutiny, as well as its almost consistent commercial success.  Videodrome can be seen to act as a side-swipe against all of these pedestrian moral flâneurs, the film providing both the argument against such forms of cinematic censorship and a powerful satire of the hypocrisy surrounding such arguments in the first place.

Perhaps more so than its message, Videodrome is (in)famous for its set-pieces.  Cronenburg‘s penchant for body horror reaches new heights in amalgamations of fantasy, technology and flesh.  From a sexually organic television to a gun sprouting metallic tendrils into the muscles of a hand, the film goes all out to show the nature of the human body under pressure from almost sentient and enjoyably analogue technology.  The best of these effects revolves around Renn’s sudden acquisition of a vagina-like orifice on his stomach, from which he pulls a revolver; the tract later acting as the insert for the organic VHS tapes that relay his instructions from the controlling establishment figures.

Gender, sexuality, technology, politics and power, all questioned within just one visual idea.  More so than its violence, Videodrome caused havoc with its own censorship through its linking of sexuality with sadism.  Many scenes were originally cut on its original release, though often these were linked with the S&M aesthetics of the sexuality on display rather than the extreme level of pulp; in the Eighties, the image of Debbie Harry pleasurably burning her own breast with a cigarette was clearly more dangerous than a man literally disintegrating in total agony. 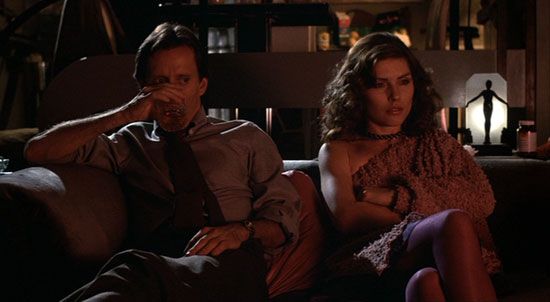 Even though Videodrome‘s prescience is unquestionable, it is still a film that captures the totality of the Eighties.  The technology has a dust-on-black-plastic vibe with the disposable nature of just about everything in the film (from the machines to the people) being a true embodiment of the neo-liberal wet-dream.  Renn himself is a clear product of this era’s politics, being a brutal, hyper-accelerated sleaze-yuppie, living for quick aesthetic pleasures before heading back to the task of scraping questionable bundles of cash together for his “softcore pornography and hardcore violence.”  Added to this is Howard Shore‘s music which is built around a variety of synthesisers, their aesthetic now attaining a double meaning in that the obvious, manufactured quality adds to the narrative’s quandary.

Like the 1980s, our era today is one of media saturation in extreme levels of violence; where the brutal violence of the everyday shares platforms with the fictional violence of fantasy media.  In a time when videos of executions make monthly news headlines, Videodrome becomes an uncomfortably accurate prediction of where the moral compass would turn; to where the media can still purport an acceptable moral outrage at fictionalised violence and sex but happily embed into its news stories footage of genuine atrocities, milking the market of the morbidly curious for clicks.

The orange jump suits of the executed and the orange walls of the Videodrome torture room now have a horribly unnerving, synaesthetic connection.  Videodrome is the epitome of this click-bait era mentality and its genius lies in being so before the Transmission Control Protocol and Internet Protocol had even began the expansion of the internet into the horrifically interconnected and ubiquitously horrific model of today.

Videodrome screens at Liverpool Small Cinema on the 27th of August at 19:30.  More info here.