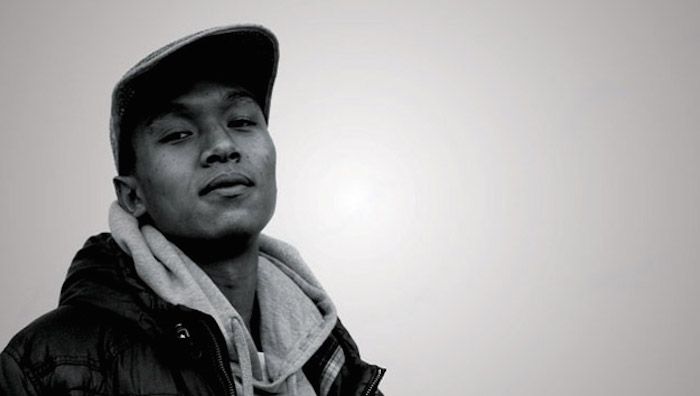 With a top secret club night heading to Liverpool, Getintothis’ Ste Knight reveals the details on a mystery shrouded bijous dance event Meine Nacht.
For those of you who have heard of Boiler Room, you’ll be aware of its popularity in both a live sense and a broadcasted sense. “Shame it is all the way down in London” we all lament on a regular basis when yet another astounding sonic soup dribbles out of our Facebook feed depicting (insert your favourite DJ here) playing an absolute blinder to 47 lucky individuals and dropping (insert your jam here) at peak time.
Well lament no longer, as the next chapter of boutique club night Meine Nacht is set to take the reins and give us our own Boiler Room on our doorstep right here in Liverpool.
For the second chapter of Meine Nacht (Zwei, to be precise) the curators are combining the sounds of SlapFunk Records‘ head Samuel Deep with live-streaming action via Chew TV and artistic visuals courtesy of videographer Moskalus (FJAAK, Bambounou, 50 Weapons), all in an effort to re-create the avant-garde vibe which encapsulated their launch party in April 2015.
Mystery continues to shroud the event as attendees can only gain access to a ticket by entering a secret code, and the founders push the idea of having a close-knit audience, preserving it’s ‘house party’ ethos. The venue is also currently ‘top secret’, furthering the enigma, and will be released closer to the event.
Samuel Deep is no one trick pony; switching things up from garage to grime to house, the vinyl enthusiast is emerging at the forefront of the new garage and bass scene which is taking Europe by storm night now.
This is certainly not your average dance music event; each host location is designed specifically with the atmosphere of the event in mind and the feel the artist’s set will create – embrace the experience while you can and be there at the start of the North West’s very own Boiler Room while it is fresh on the underground dance scene.