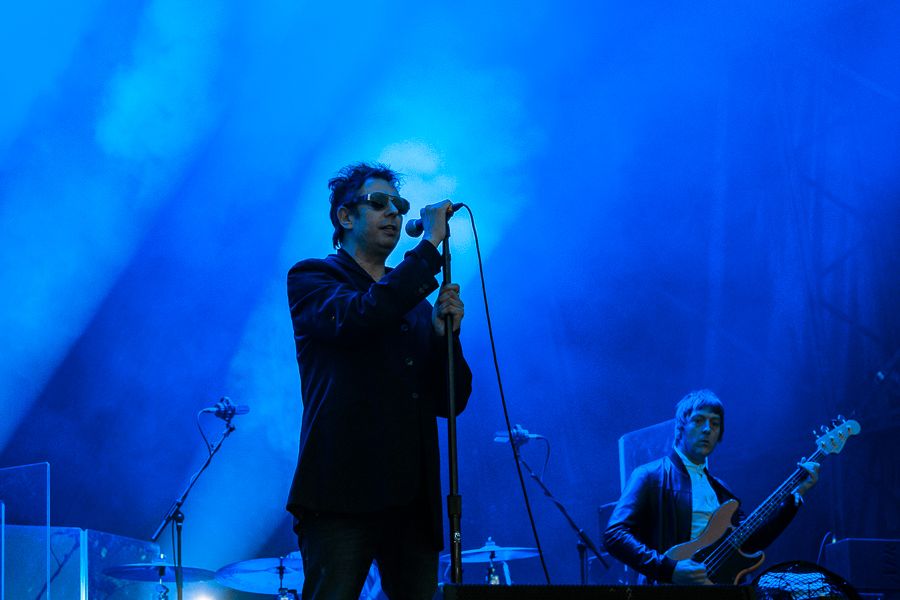 As LIMF 2015 is brought to a close by Echo And The Bunnymen’s emotional return to Sefton Park, Getintothis’ Paul Fitzgerald joins an expectant crowd, and gets a little dust in his eye in the process.

‘All at sea again, and now my hurricanes, have brought down this ocean rain, to bathe me again’.

Some 33 years after their incredible bandstand gig for the BBC’s Pop Carnival show, Echo and The Bunnymen stroll onstage with the same confident nonchalance which brought them to the park back in 1982. A lot of water and too many bridges later, the crowd have awaited this moment with a keen and enthusiastic sense of expectation since this headline set, the finale of this year’s LIMF, was announced earlier in the year, and those laden with nostalgic memories of that famous show joined the curious younger members of the audience, keen to feel the same moments, and share the same magic. And what magic.

For many, this band created huge, inspirational, life-affirming moments and defined a youth spent in more innocent, easier times. In the dark days of the early 80s, music, together with football, was all too often the only release we had. The Bunnymen made us all cool. The power of that nostalgia can’t be understated, and the band seem to know it too. Their long held insistence on having no front stage lighting provided an ideal opportunity to use the stage side screens for a slideshow of their memories. This incredible band, the original lineup, their youthful travels, the sadly departed Pete De Freitas, who’s untimely and tragic death changed everything about this band forever, and recent Australian export, original bassist Les Pattinson, the gigs, the studios and hotels. The sheer fun of experiencing those unforgettable moments with your mates, your very best friends. Those special moments in a near 40 year career. The magic that it is to be at the centre of one of the greatest ever rock bands. Clearly, the nostalgia sits as well on the seasoned shoulders of the protagonists as it does with this hugely admiring and grateful audience.

The sky darkens, the very first blistering bass led moments of Lips Like Sugar ring out into the night, and Ian McCulloch assumes his trademark position. Silhoutted against the backlit stage, his voice, the sort of voice rock and roll was invented for, shows just as much of its characteristic tone now as it always did, and listening to it feels like seeing the smile of an old mate you haven’t seen for far too long. Stage left sees Will Sergeant, a genius on a Fender Jaguar, head down, teasing moments of sheer beauty out of it, as he leads the band through the set. Each song a stand alone classic of its time. The guitar riff at the beginning of Rescue stills sends shivers up the spine of even the most hardened music fan. Its an irresistible intro to a genuine piece of rock class. Before they play Silver, McCulloch declares it to be the 8th best song they’ve written, and immediately, all over the park, people are arguing over what the first 7 should be. Let’s be honest, we’re spoiled for choice.

‘…you’re living proof, at my fingertips’

The strings of the Royal Liverpool Philharmonic Orchestra are given the briefest of introductions, but the difference the live strings make to the entire set is immeasurable. The Cutter, Never Stop, Bring On The Dancing Horses all shimmer in the not so warm night air as the strings lift them to offer up their wonder, and Mac is keen for a singalong. We never thought we’d see the day, but he revels in the audience participation. Rude not to, eh.

‘measure by measure, drop by drop, and pound for pound we’re taking stock, of all the treasure still unlocked, the love you found must never stop’

The stage shines blue, and lights the crowd as they sing along, unhappily checking their watches in the knowledge that this wonderful night will soon come to an end.

‘your lips a magic world, your sky all hung with jewels’

And with a characteristic ‘Nice one’ from McCulloch, they leave the stage.

The Bunnymen were never shy of performing an encore though, and they arrive back soon with a storming, gloriously rollicking version of Villiers Terrace, which effortlessly and seamlessly slides into a rolling Roadhouse Blues. As they finished with a beautiful and delicate Ocean Rain, the fireworks show only served to remind those nostalgics amongst us of those simpler, happier times, when the fireworks that Echo And The Bunnymen gave some of us us back then were the fireworks in our hearts and soul, and the sparks that fired our young minds, and fed our imaginations.

A speck of dust may well have landed in one or two eyes in Sefton Park on Monday night. 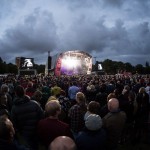 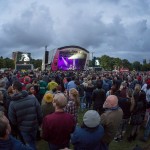 Echo and the Funnymen play LIMF in Sefton Park 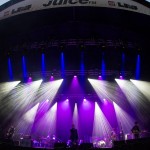 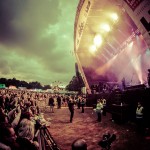 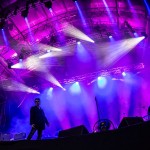 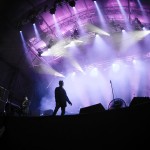 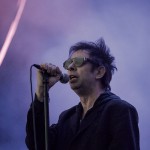 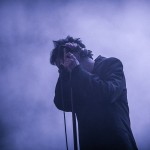 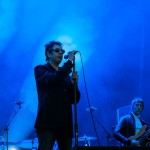 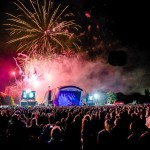 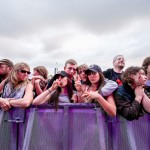 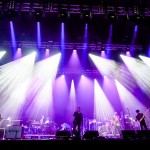 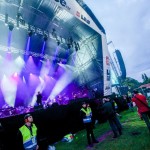 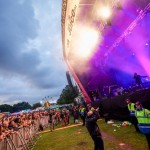 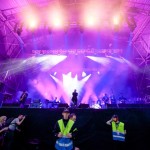 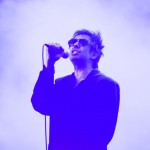 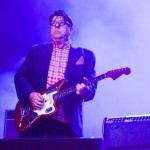 Echo and the Bunnymen’s Will Sergeant at Sefton Park 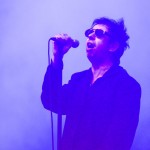 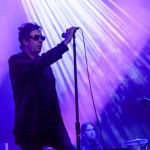 Echo and the Bunnymen at LIMF 2015 at Sefton Park